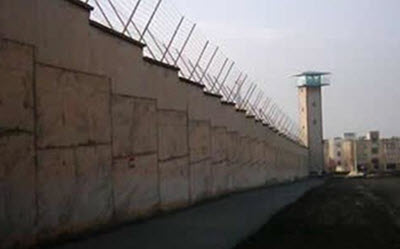 NCRI – According to information from Iran’s notorious Gohardasht (Rajai-Shahr) Prison in Karaj, north-west of Tehran, the mullahs’ regime is planning to execute some 20 Sunni prisoners imminently.

Their families have been informed to go to the prison to visit them for a final time.

Among the death-row prisoners at urgent risk of execution is Shahram Ahmadi.

UPDATE – 14.00 (CET): The relatives of one of the prisoners were informed on the way to the prison that instead of meeting their loved one for a final time in prison, they should collect the body of their loved one from the morgue. It is feared that the 20 prisoners may have already been executed, but this is being investigated.

UPDATE – 14.15 (CET): Another report from families of victims said the families were told to visit their loved ones for a final time in the prison before 15.00 (local time) on Tuesday. When the family arrived at the prison, they were told to go instead to the coroner’s office to collect the body of their loved one who had already been executed.

Iran: Call for urgent action to save lives of Sunni prisoners on death row

The Iranian Resistance makes a call to save the lives of a large number of Sunni prisoners on death row, requesting urgent intervention by the United Nations Security Council and Member States, and international human rights organizations, especially the U.N. High Commissioner for Human Rights and Special Rapporteur to prevent the implementation of these criminal and inhumane rulings.

A large number of special Revolutionary Guards forces raided hall 10 of ward 4 in Gohardasht Prison in Karaj (west of Tehran) in the afternoon of Monday, August 1. These repressive forces apprehended dozens of Sunni prisoners as their hands and feet were chained, mouths shut with tape and heads covered with plastic bags. These prisoners were transferred outside of the ward to an undisclosed location.

Hours prior to this transfer the regime’s forces and IRGC members had closed all wards and open-air areas, imposing special conditions in the jail. Gohardasht Prison is under the complete IRGC control.

Appeasement vis-à-vis the criminal rulers of Iran, with the execution of 120,000 political prisoners in their report card, and sending more youths to the gallows with each passing day, is nothing but collaborating and encouraging the continuation of these crimes. All political and economic relations with this regime must be conditioned to the complete halt of all executions in Iran, and this regime’s officials must be placed before justice for their crimes against humanity.

Secretariat of the National Council of Resistance of Iran
August 1, 2016

Previous articleIran: Call for urgent action to save lives of Sunni prisoners on death row
Next articleUPDATE: Sunni prisoners believed to have been mass executed today in Iran