Ashraf-3: The 40th-Day Commemoration of the Martyrs of Nationwide Uprising

In a gathering of the MEK at Ashraf-3 in Albania, to honor to mark the 40th-day commemoration of more than 1,500 killed during the November uprising, Mrs. Maryam Rajavi, the President-elect of the NCRI said these martyrs were empty-handed and defenseless in the face of the vicious and ruthless enemy.

Written by Secretariat of the National Council of Resistance of Iran (NCRI) on 23 December 2019.

MARYAM RAJAVI: KHAMENEI IS DEAD WRONG IF HE THINKS HIS DECADENT REGIME WILL SURVIVE BY COMMITTING A CRIME AGAINST HUMANITY. NOVEMBER MASSACRE SIGNALS THE FINAL PHASE OF REGIME RULE

In a gathering of the Mujahedin-e Khalq (PMOI/MEK) at Ashraf-3 in Albania, to honor to mark the 40th-day commemoration of more than 1,500 killed during the November uprising, Mrs. Maryam Rajavi, the President-elect of the National Council of Resistance of Iran (NCRI) said these martyrs were empty-handed and defenseless in the face of the vicious and ruthless enemy.

But in the face of these arisen youth, the regime cannot forestall its overthrow. Khamenei is dead wrong if he thinks he can preserve his decadent regime and continue his rule. The massacre signals the final phase of the clerical regime. 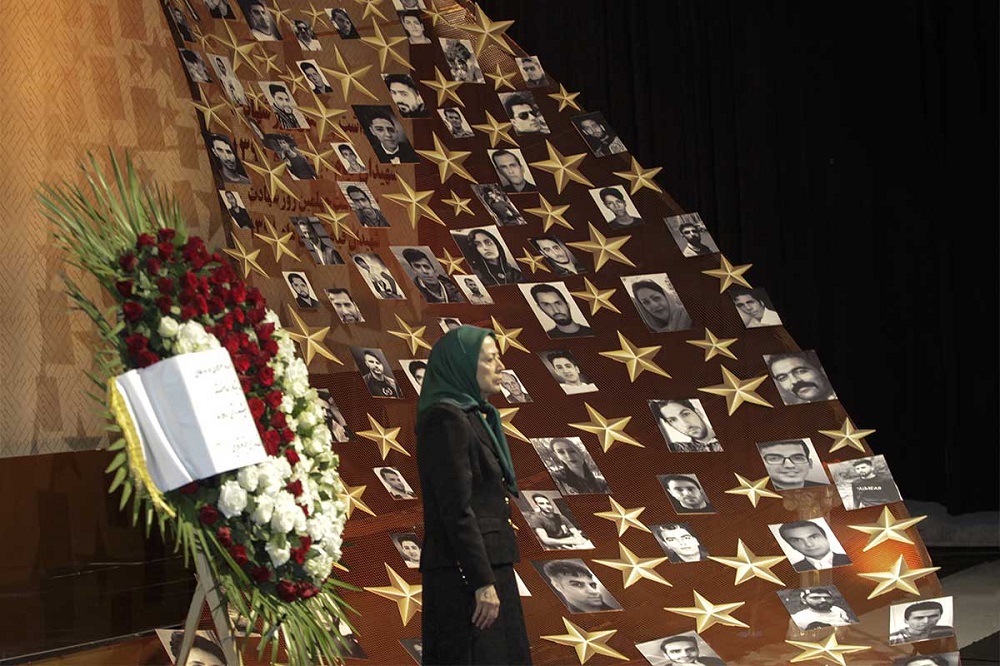 Mrs. Rajavi emphasized that the November 2019 uprising dealt a major, devastating, and irreparable blow to the regime in its entirety. Angry protesters confronted the regime’s suppressive forces by destroying the mullahs’ centers of repression and plunder… It showed the path to, and the prospects of, the victory of the uprisings and the liberation of Iran.

The NCRI President-elect added, the November uprising was the scene of a showdown between protesters, young people and resistance units on the one hand, and on the other hand the regime in its entirety, including its suppressive forces and its political apparatus. The Islamic Revolutionary Guard Corps (IRGC) took over control and command for suppressing protests. All suppressive forces acted under the direct command of the IRGC. Yet, they failed to bring the situation under their control. At 6:45 a.m. on Sunday, November 17, the mullahs’ supreme leader Ali Khamenei hurried to the scene to personally issue the order for an all-out suppression of the uprising…. The regime deployed armored personnel carriers, tanks, and helicopters in some cities. 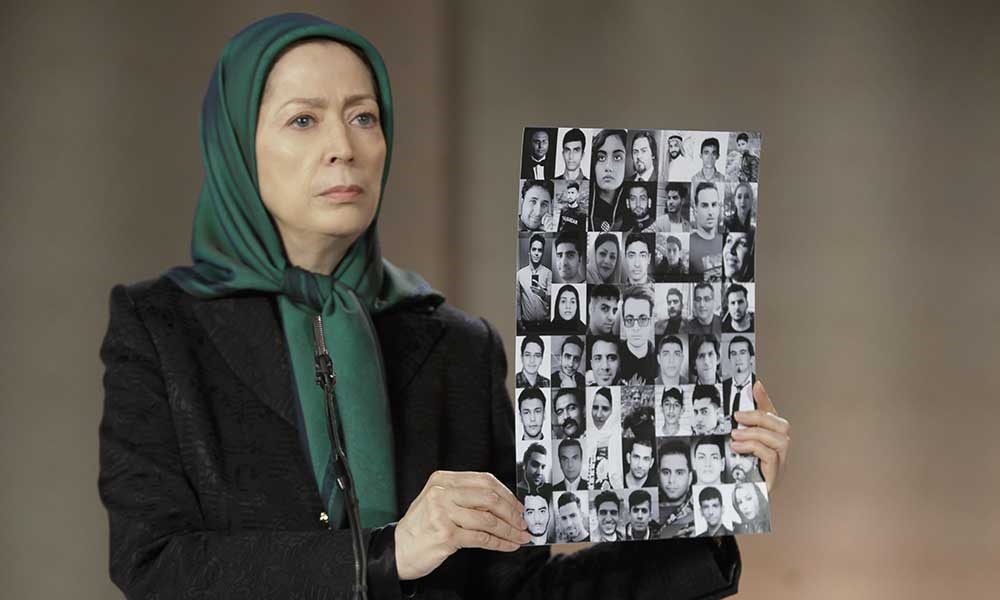 She noted that the uprising shattered the IRGC’s hollow invincibility. People realized their own power and strength, terrifying the other side. Now, it is the regime that is permanently overwhelmed by fear.  The regime has admitted that resistance units have been working ceaselessly for the past two years, and have influenced the direction of the uprising. Indeed, the activities of the resistance units since January 2018 exacted great sacrifices to keep the flames of the uprising alight.

Mrs. Rajavi emphasized that the massacre of 1,500 youth intensifies the Iranian nation’s rage and strengthens the Iranian people’s resolve for freedom.  The bloody November uprising also dashed certain myths and illusions about the regime. It showed that no one in Iran has pinned any hope on change from within the regime. The only solution is the overthrow of the regime in its entirety, and this will definitely happen. 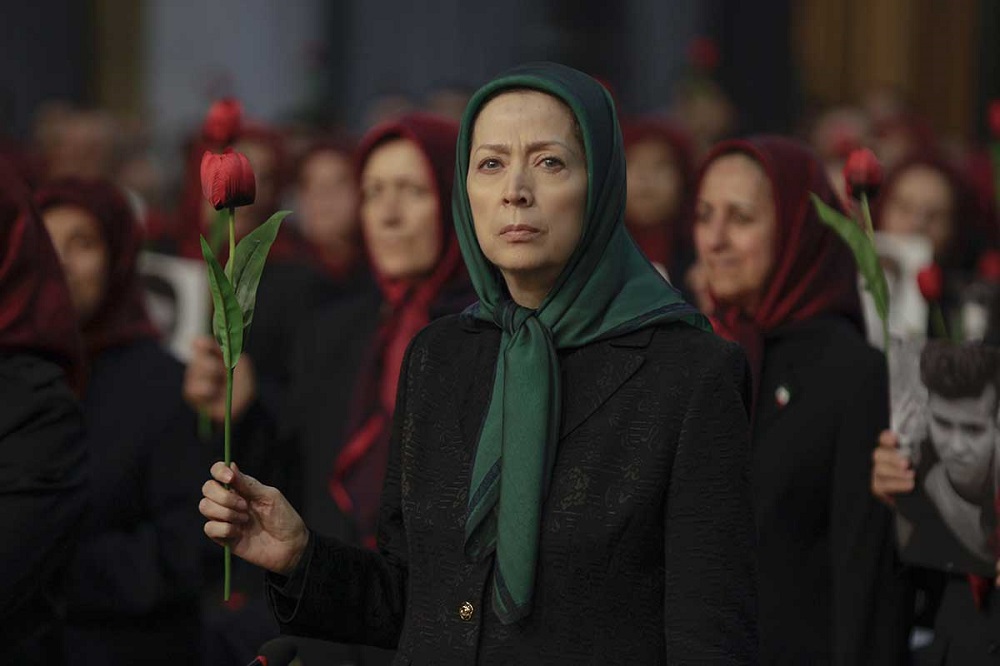 She said that the Security Council must declare regime’s leaders such as Khamenei, Rouhani, Ali Shamkhani, secretary for the Supreme Security Council, and Hossein Salami, the IRGC’s commander, as perpetrators of crimes against humanity so that they face justice. The United

Nations must immediately dispatch fact-finding missions to Iran to investigate the situation of those killed, wounded and imprisoned.

Mrs. Rajavi reiterated that the world must support the legitimacy of the resistance waged by Iran’s rebellious youths against the ruthless Revolutionary Guards. It must recognize the struggle of the people of Iran to overthrow this regime. This is the same right stipulated in the Universal Declaration of Human Rights, in the French Revolution, and in America’s Declaration of Independence. 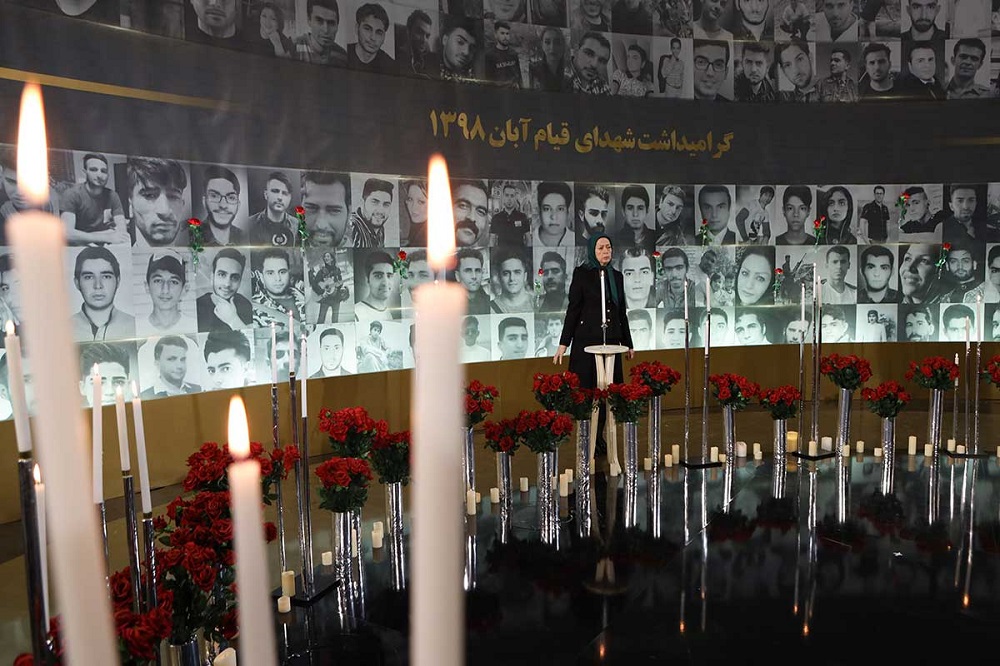 She concluded by saying that solidarity and cooperation are the essential elements for sustaining the uprising. It is a patriotic duty to support the families of martyrs, attend to the wounded, and assist the resistance units in any form and to any extent possible.

Video: Commemorating the 40th day of the martyrdom of the victims of Iran Uprising at Ashraf-3

Commemorating the 40th day of the martyrdom of the victims of Iran Uprising at Ashraf-3
Previous article
Reuters Confirms NCRI’s Death Tally of 1500 From Crackdown on Iran Protests
Next article
As Floods Hit Iran’s Cities, Regime Officials Try to Cover up Their Inaction