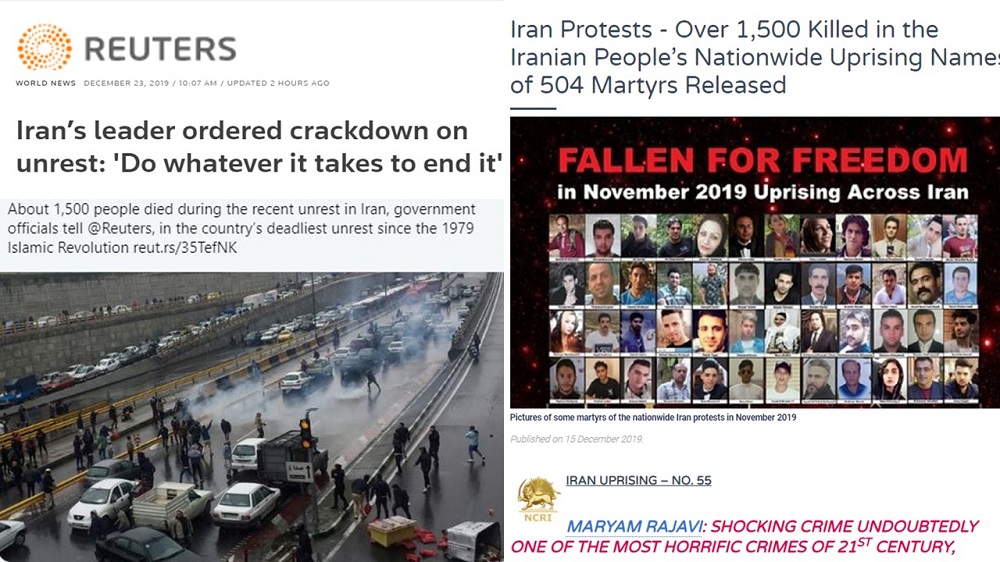 On Dec 15, the People’s Mojahedin Organization of Iran (PMOI/MEK) confirmed that over 1,500 protesters have been killed during the Iranian people’s nationwide uprising in different provinces across the country.