Demonstrations, Skirmishes in Tehran and Various Cities on the Twelfth Day of the Uprising 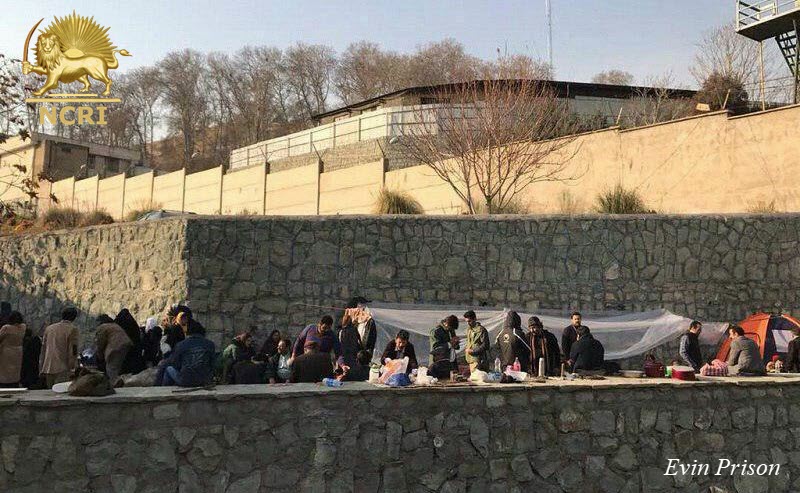 On Monday, January 8, the protest of the courageous and rising youth in various corners of the country continued on the twelfth day of the uprising.

Protest gatherings of arrested families, including students and arrested Gonabadi dervishes in front of Evin Prison in Tehran, continued on Monday, January 8. In the evening time, the families were sitting on the ground to stop vehicle traffic to te prison. At night, repressive forces shot in the air and threw tear gas to disperse the protesters.

At 7:00 PM, hundreds of people gathered and rallied in Shelang Abad, Ahvaz.

The same night, on riverside road in Ahvaz and in the park of the area, a group of young people chanted slogans of Death to Khamenei, death to the dictator. In the area of Hassirabad, people clashed with the regime’s agents and defended themselves against their attacks.

On Monday night, a massive crowd of people from Babol took to the streets at sunset and protested in the Bagh Ferdows.

People of Mahshahr also rallied at night. A bus and a government building were set on fire against the attacks of repressive forces.

The base of the Basij in Mobarakeh (Isfahan) was attacked by young people.

In Mashhad, people’s protest rally in front of the central tax office was attacked by mercenaries. Several buses of mercenaries came to help the forces stationed on the scene.

On Monday, goldsmiths in Tehran, Orumieh, Tabriz and Yazd markets closed their shops to protest the regime’s tax extortion. Plainclothes threatened shopkeepers that they would break locks if they did not open their shops and would cancel their licenses.

In Islamshahr (Tehran Province), workers from the Persian Gulf International Shipping Company protested against lack of payment of their salaries for the second day. They were chanting: “the nation begs, the mullah acts like a God” and “today is the day of mourning, the life of the worker is being taken away”.

On Sunday, January 7, in Valiasr Square, Tehran, the slogan of “Death to Khamenei” and “death to the dictator” were chanted.

In Roodbar, people chanted slogans of Death to Khamenei, death to the dictator.

People in certain areas of Kermanshah, especially in Shahnaz Square, shouted out their hatred of the clerical regime with the slogan “Death to the dictator”.

Secretariat of the National Council of Resistance of Iran
January 8, 2018