In Third Day of Nationwide Uprising People of Shiraz Take to Streets, Clash With IRGC 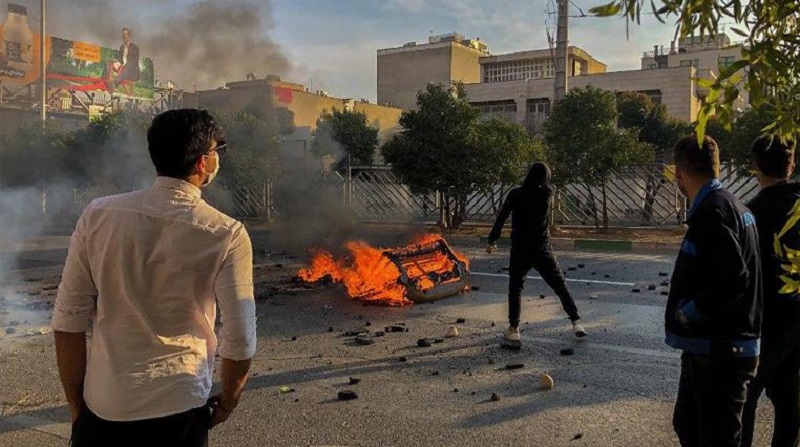 Despite full readiness of the suppressive forces, the people of Shiraz took to the streets on the third day of the
Protesters block road, chant, “Mullahs must get lost!” pic.twitter.com/pqC8FSImm4

Suppressive forces opened fire on the protesters, killed several and wounding many more.

Today, for the third day running, Tehran and many cities across Iran, such as Shahriar, Islam-Shahr, Robat Karim, Sanandaj, Khorramshahr, and Karaj, were scenes of protests. Protests and clashes with the suppressive forces also erupted in different parts of Tehran, including Tehran Pars, Enghelab Street and Tehran University are scenes of

Previous articleLetter by MEK’s Press Spokesperson to the BBC
Next articleDemonstrations, Clashes Continue in Different Part of Tehran as Nationwide Uprising Continues for Third Day Running