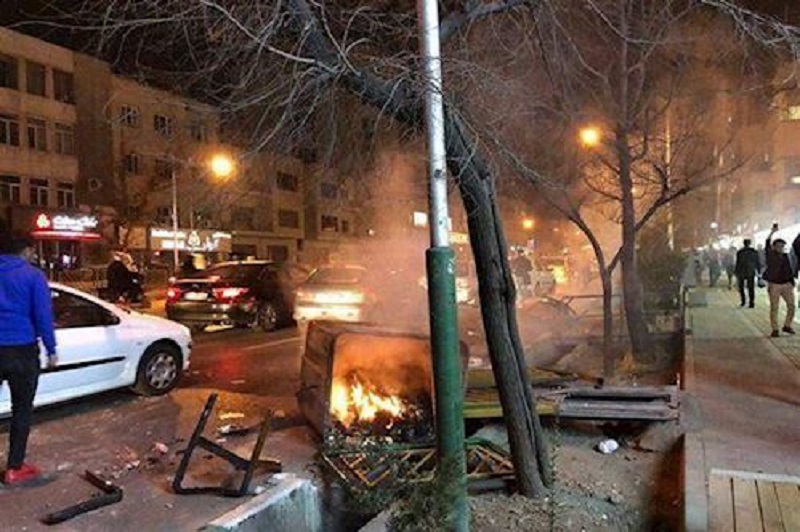 In Niayesh Expressway, the people were chanting, “Cannons, Tanks, Firecrackers, Mullahs must get lost.” In Aryashahr, people clashed with the anti-riot forces and beat up several of them, and set their motorcycles on fire.