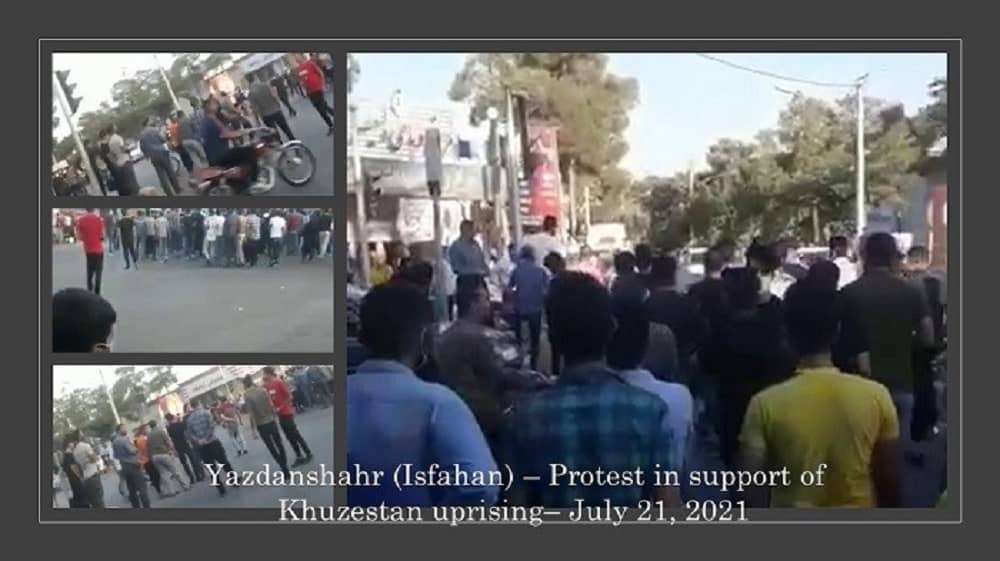 Iran protests for water – No. 8

Protests in Yazdanshahr (Isfahan) and Karaj in solidarity with Khuzestan

The uprising in Khuzestan continued for the seventh day, despite the massive mobilization of the repressive forces and the dispatch of reinforcement from different cities to suppress the uprising.

In Izeh, where the uprising two nights ago terrified the leaders of the clerical regime, skirmishes continue last night as well, with Special Units firing on the people. Several defiant youths in the city were killed or wounded. At the same time, in Susangerd and Ramshir, people continued their protest despite the brutal repression in the past few days.

The people and youth of Shadegan held a large rally on the seventh night of the protests. In Masjed Soleyman, people also demonstrated and repelled the onslaught by the State Security Force (SSF). People were chanting, “Bakhtiaris are united with the Arabs.”

The youth of Sheyban in Ahvaz also joined the protests against the lack of water and closed the main street of the city. In Ahvaz’s Zargan district, defiant youths again demonstrated. In Khowr-e Musa, people and youth joined the Province-wide protests against water shortage. In Malashie, people and youth of East Ahvaz took to the streets due to lack of water and in support of other cities of Khuzestan. Residents of the village of Salhavieh in the Darkhovin district also demonstrated after the Eid al-Adha prayers.

The defiant youth closed the main road from Shiraz to Ahvaz. In Behbahan, the protesters gathered in support of the Khuzestan uprising and closed the highway. Zeydun Bridge in Behbahan has also been blocked by burning tires. The youth of Islamabad Olya village blocked the Behbahan-Gachsaran highway. Defiant youths also closed the road from Aluni township to Lordegan.

In Dezful, defiant youths protested in the early hours of Wednesday morning, closing the street and lighting fires. They also blocked the street in Moddares district and another street in Alef region. The SSF tried to arrest them with bird shorts and pursuing the protesters, but the defiant youth challenged them and seized an SFF motorcycle. Clashes and shootings by the SSF continued until 4 am.

The religious dictatorship ruling Iran has cut off and disrupted the Internet in Khuzestan to prevent the spread of protests and sensor the news.

Secretariat of the National Council of Resistance of Iran (NCRI)
July 22, 2021 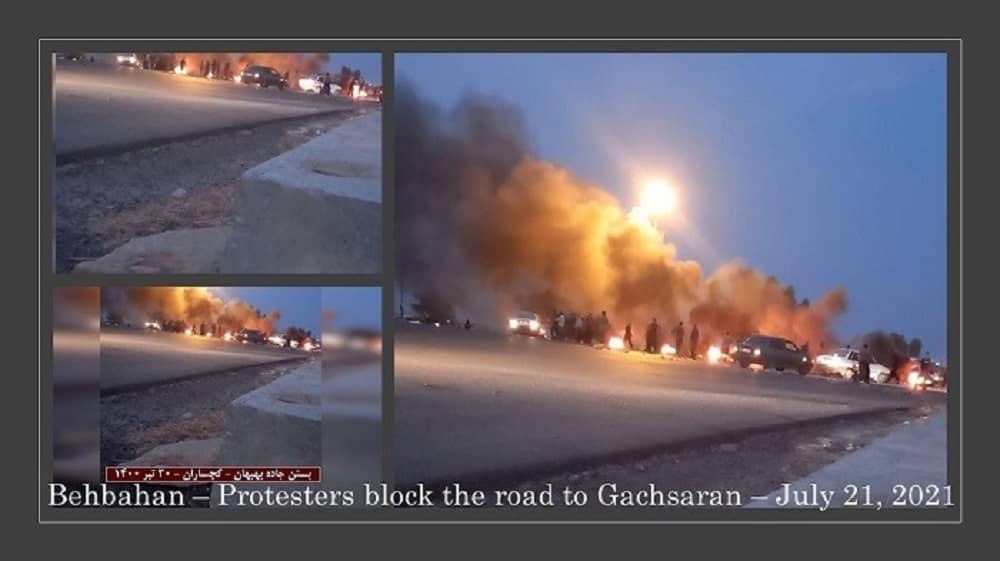 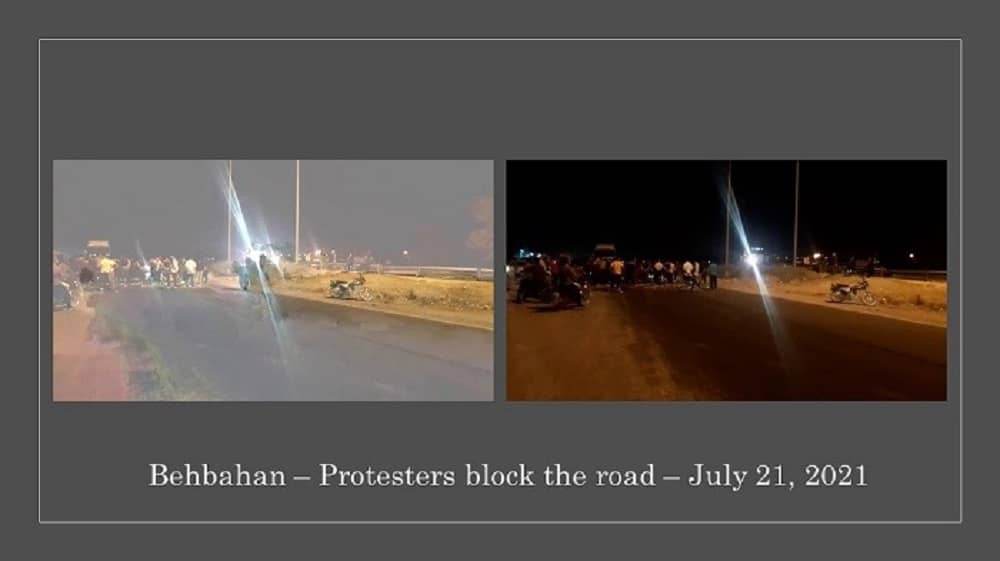 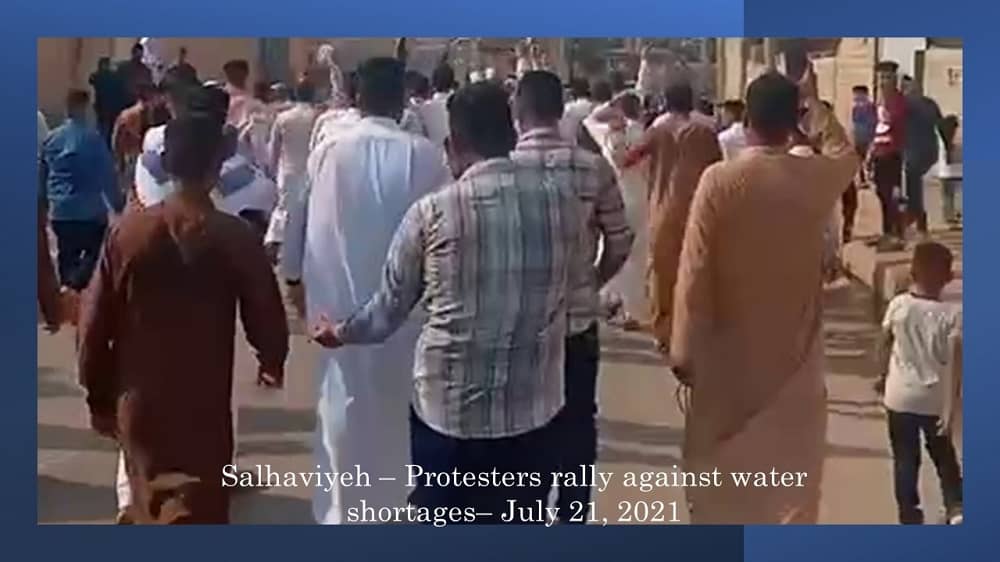