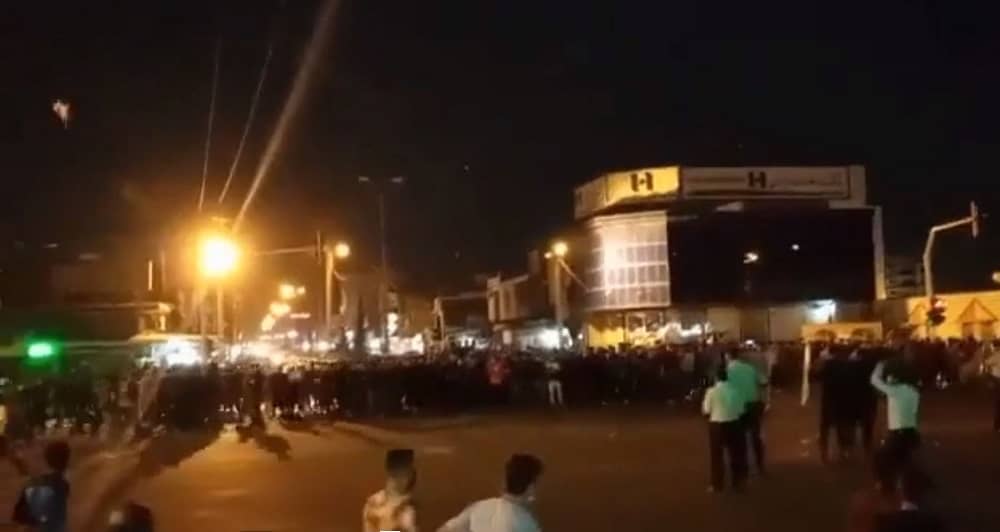 According to footage and independent reports from inside Iran, people in several cities have flooded the streets to protest against the regime. As expected, the officials’ threatening to forcefully and intensely take care of “the troublemakers” as well as promises to take care and resolve all problems did not work out and all were widely disregarded by the protesters.

Despite Promises In Tehran and Crackdown on The Ground, The Uprising in Khuzestan Goes On

As the unrest in the oil-rich southern province is marking its eighth night, almost all the regime’s officials in the highest echelons have expressed concerns and tried to appease the population into calmness and obedience. On the ground, the regime has mobilized and dispatched security forces to prevent more protests. But as the regime fails to fulfill its promises and truly care for the people, this movement is becoming unstoppable.

Khuzestan province, southwest #Iran
Footage of anti-riot units being dispatched from the provincial capital of Ahvaz to the city of Masjid Soleyman.#IranProtests #خوزستان pic.twitter.com/9fyNUIHnYR

Despite the regime trying to restrict and shut down the internet in Khuzestan, the few reports and footage that have been leaked out of the country expose a highly mobilized campaign to suppress every protest from the very spark. 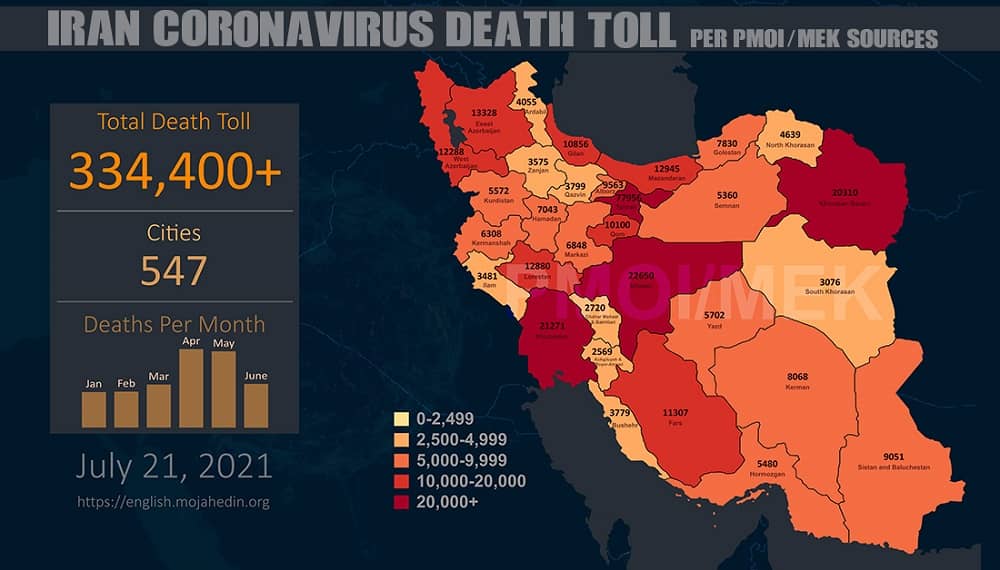 More than 334,400 people have died of the novel #coronavirus in 547 cities checkered across all of Iran's 31 provinces, according to the Iranian opposition PMOI/MEK. 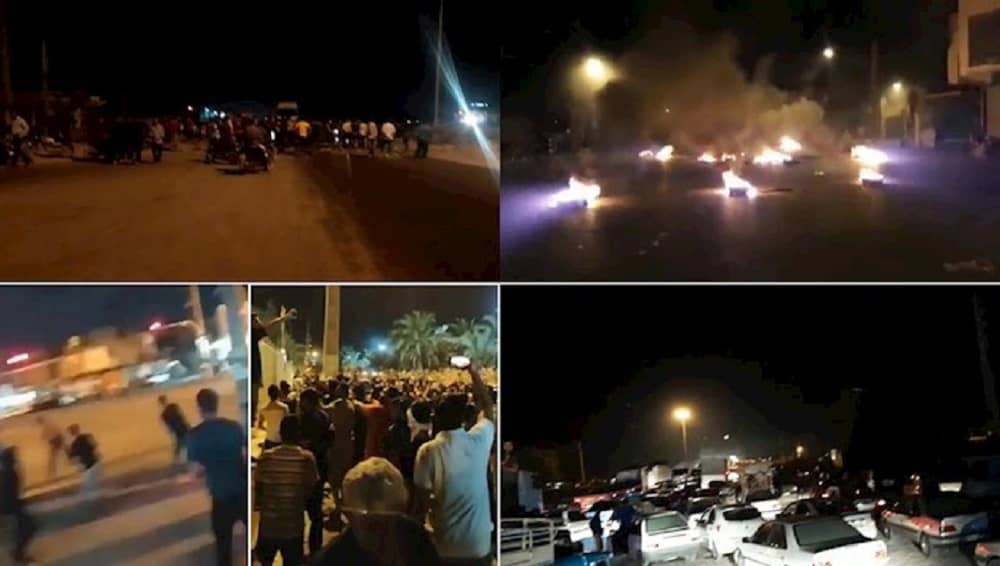 The people of Khuzestan continued their province-wide protests for the sixth consecutive night on Tuesday. The protests, triggered by extreme water shortages caused by the regime’s destructive policies, reflect the multitude of problems the people of Khuzestan and other provinces face. And over the past week, they have turned into political protests, with the people calling for the overthrow of a regime that is responsible for the misery of the majority of Iran’s population.

Massive crowds in Izeh, southwestern Iran, chanted against the regime’s Supreme Leader in protests that started six nights ago against severe water shortages in Khuzestan Province. The last time Iranians chanted against Khamenei in such numbers was during the 2019 nationwide protests. Protesters clashed with riot police and threw rocks. 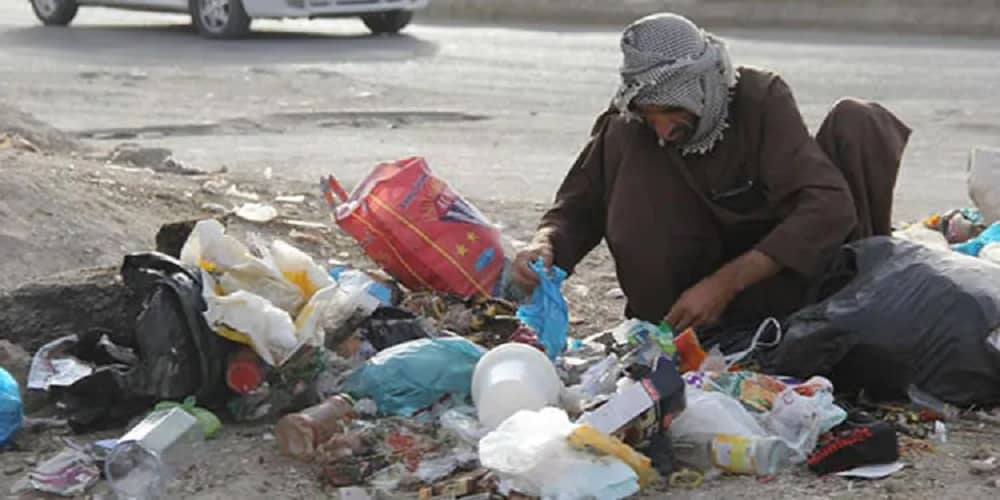 Iran earned nearly $ 1,377 billion in oil sales during the forty years after the anti-monarchy revolution. About $700 billion was earned during Ahmadinejad’s presidency. However, when Ahmadinejad’s eight-year term ended, he left nothing but a ruined, bankrupt, and devastating economy. In addition to the theft and looting of a nation’s assets through those around him and corrupt ministers of his cabinet, Ahmadinejad spent the country’s income to fund the Revolutionary Guards, internal repression, exporting terrorism abroad, and Iran’s missile and nuclear programs. There was no benefit for the Iranians from the windfall during the Ahmadinejad era.

US Senators Support the Bill To Sanction Khamenei and Raisi 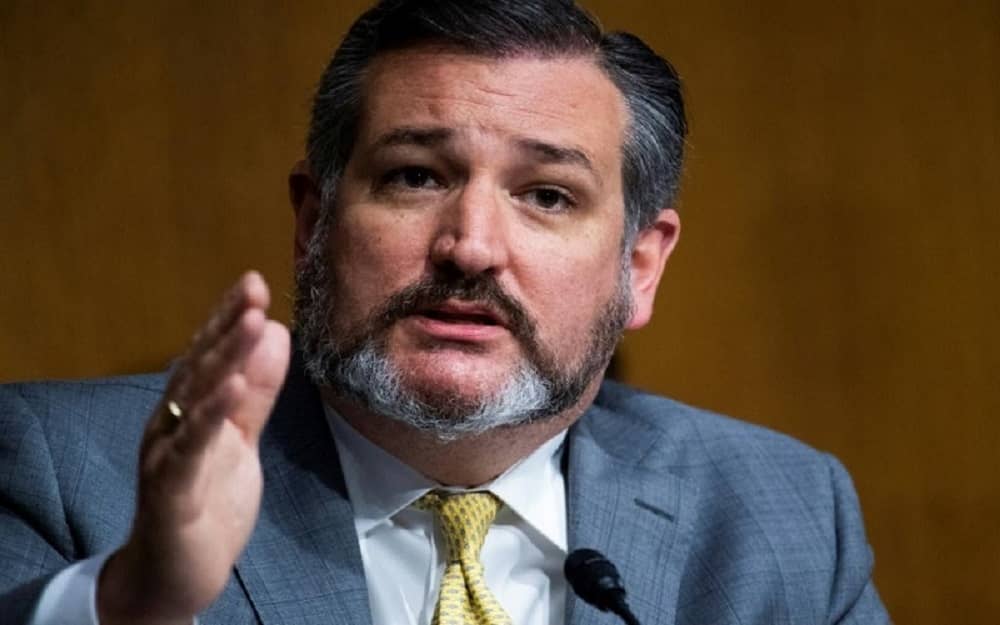 US Senator Ted Cruz, the Junior Republican Senator from Texas and a member of the Senate Foreign Relations Committee, joined 16 other Senators in introducing a bill to sanction Iranian President Ebrahim Raisi and Supreme Leader Ali Khamenei. Cruz said: “Raisi is responsible for the butchering of tens of thousands of innocent Iranians. They should both be subject to the full force of American sanctions. I am proud to introduce this legislation to ensure we continue imposing critical sanctions to isolate the Iranian regime and block their malign activities.” 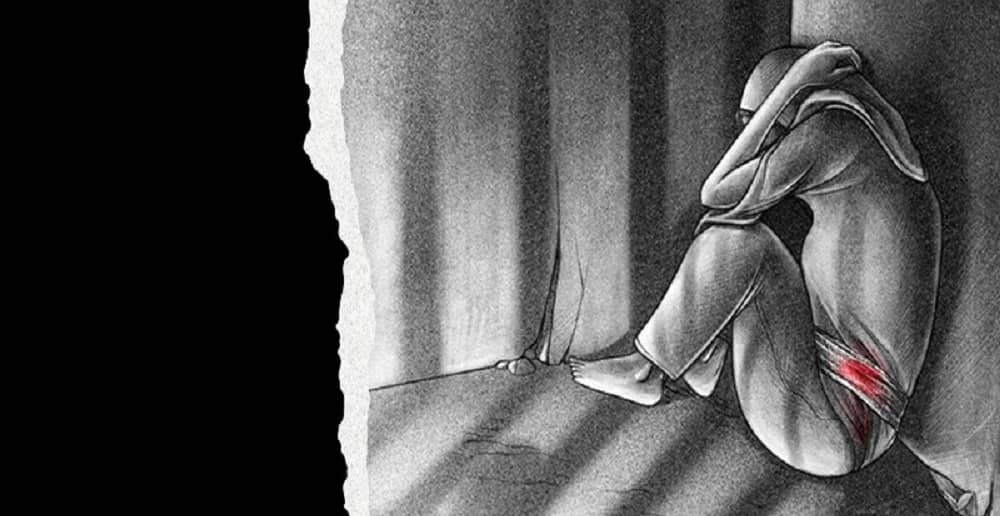 Farideh Goudarzi, a member of the People’s Mojahedin Organization of Iran (PMOI/MEK) since the 1979 revolution, revealed that in 1983 when she was heavily pregnant, she was arrested for her political beliefs alongside her husband and brother in Hamedan. She told Iran Human Rights Monitor that she was taken to prison, tortured, and beaten with a cable, even seeing Iran’s president-elect Ebrahim Raisi in a torture chamber.