Iran – Defiant Youth in Tehran and Dozens of Other Cities Set Fire to Photos of Khamenei, Qassem Soleimani, and Ebrahim Raisi 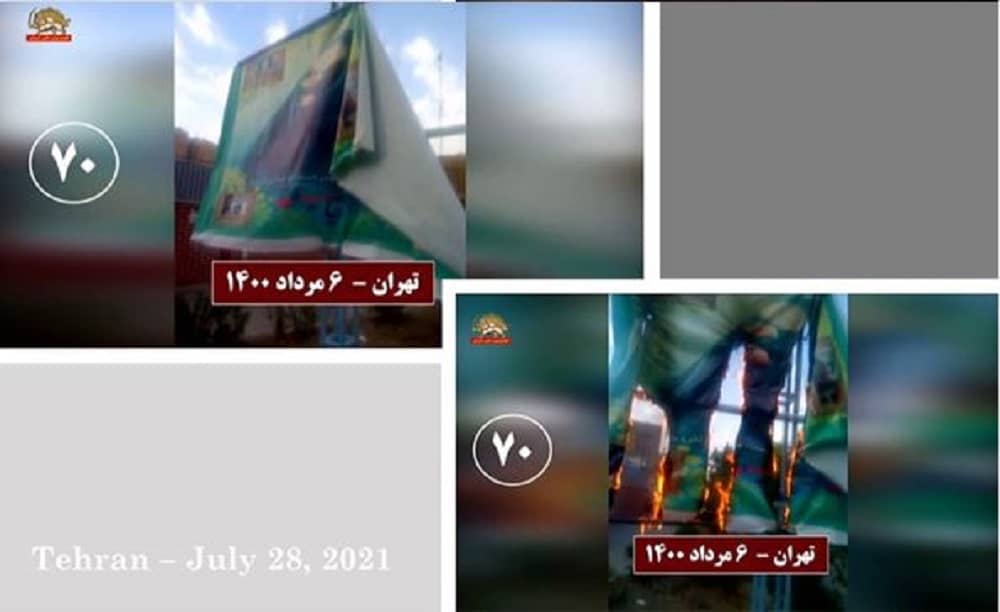 On Wednesday, July 28, 2021, in solidarity with the uprising of the outraged people of Khuzestan and other cities of Iran, defiant youth and supporters of the Mojahedin-e Khalq (MEK/PMOI) in Tehran and various other cities set fire to photographs of Khamenei, Qassem Soleimani, the eliminated commander of the terrorist Quds force, and Ebrahim Raisi, the regime’s president-elect, who is known as the henchman of the 1988 massacre.

These activities were carried out despite the high-security atmosphere of the cities, and while the State Security Force and the Revolutionary Guards are at maximum alert to counter the protests in various cities across the country. the residents in these cities welcomed the activities, which were carried out in addition to the Greater Tehran, in Isfahan, Hamedan, Karaj, Shiraz, Mashhad, Bandar Abbas, Yasuj, Zahedan, Dezful, Bushehr, Malard, Kazerun, Shahriar, Shahroud, Fooladshahr, Parand (Tehran), Robat Karim (Tehran), Varamin, Kooshk (Isfahan), Zeh-e Kalut (Kerman), Sarbaz, Lordegan, Shahrekord, Najafabad, Iranshahr, and Delgan. Pictures of some of these activities could be seen below.

Secretariat of the National Council of Resistance of Iran (NCRI)
July 29, 2021 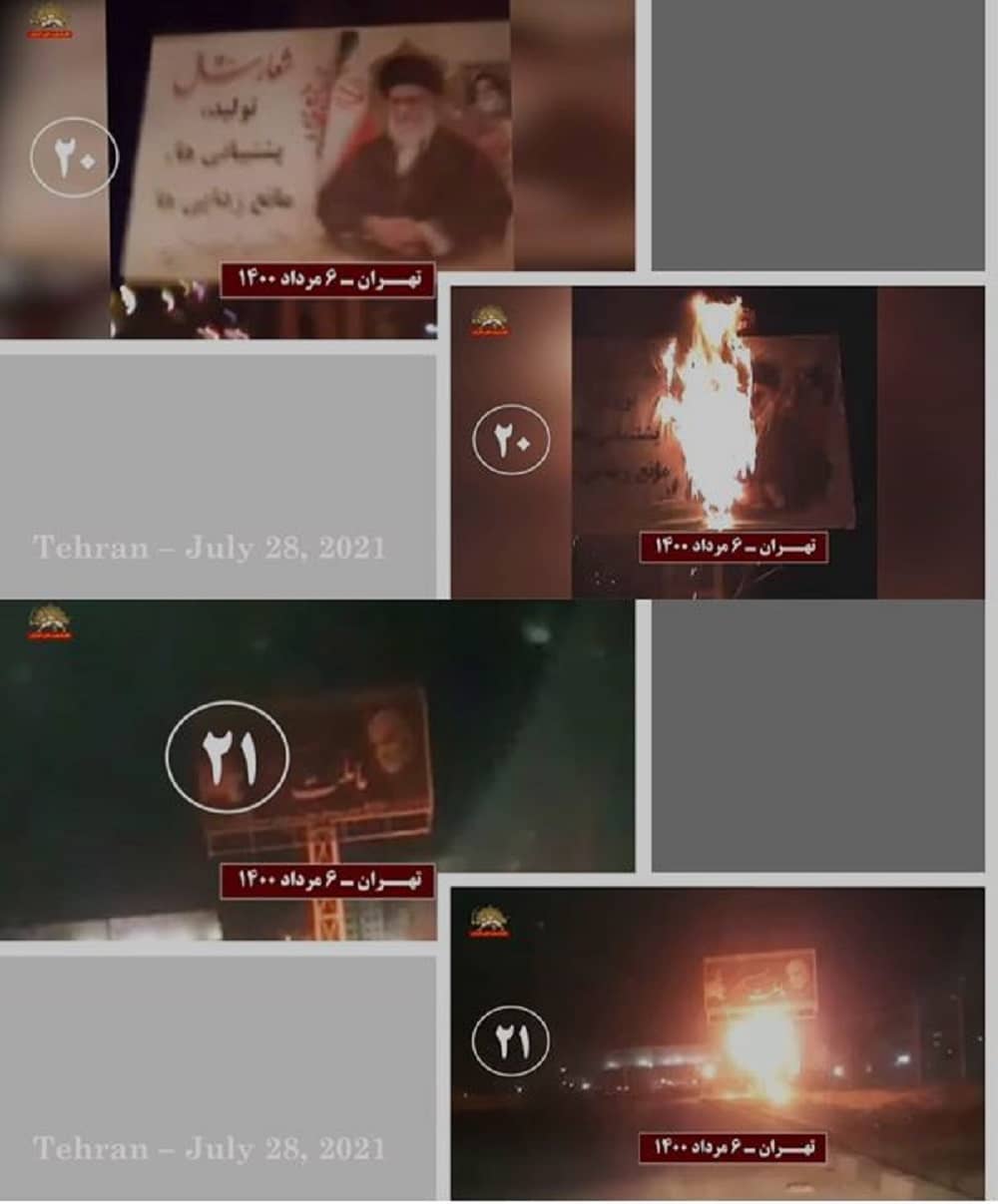 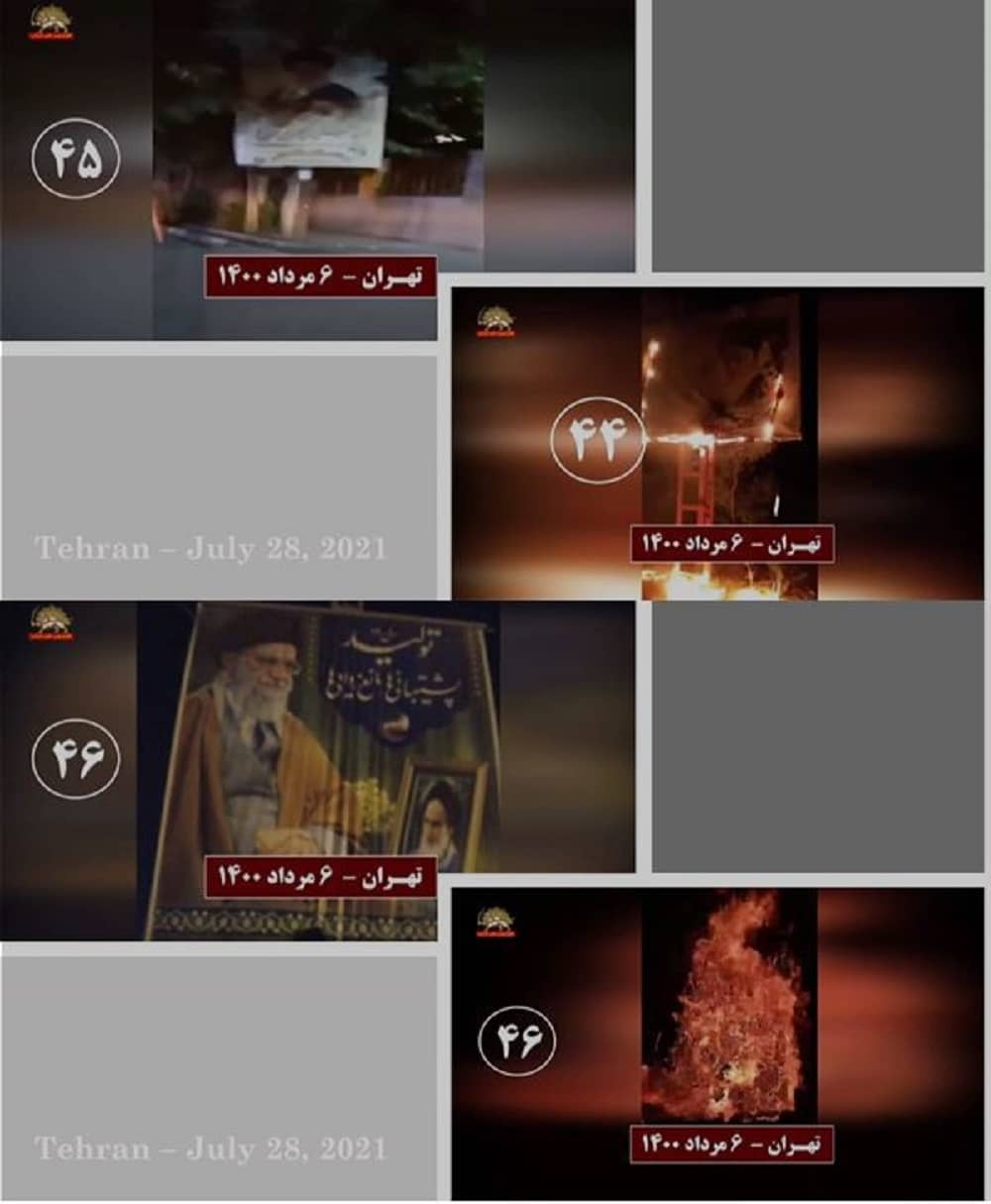 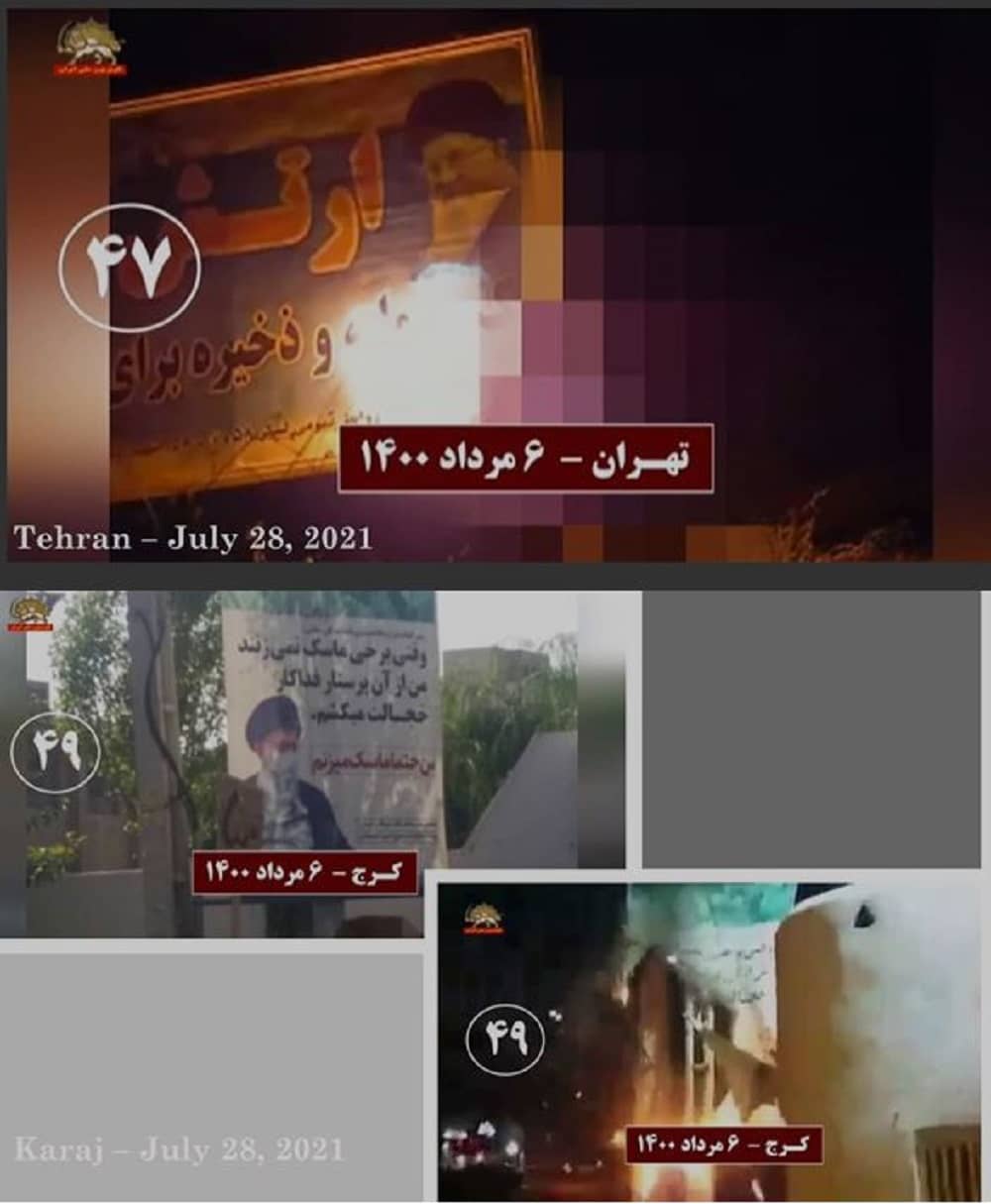 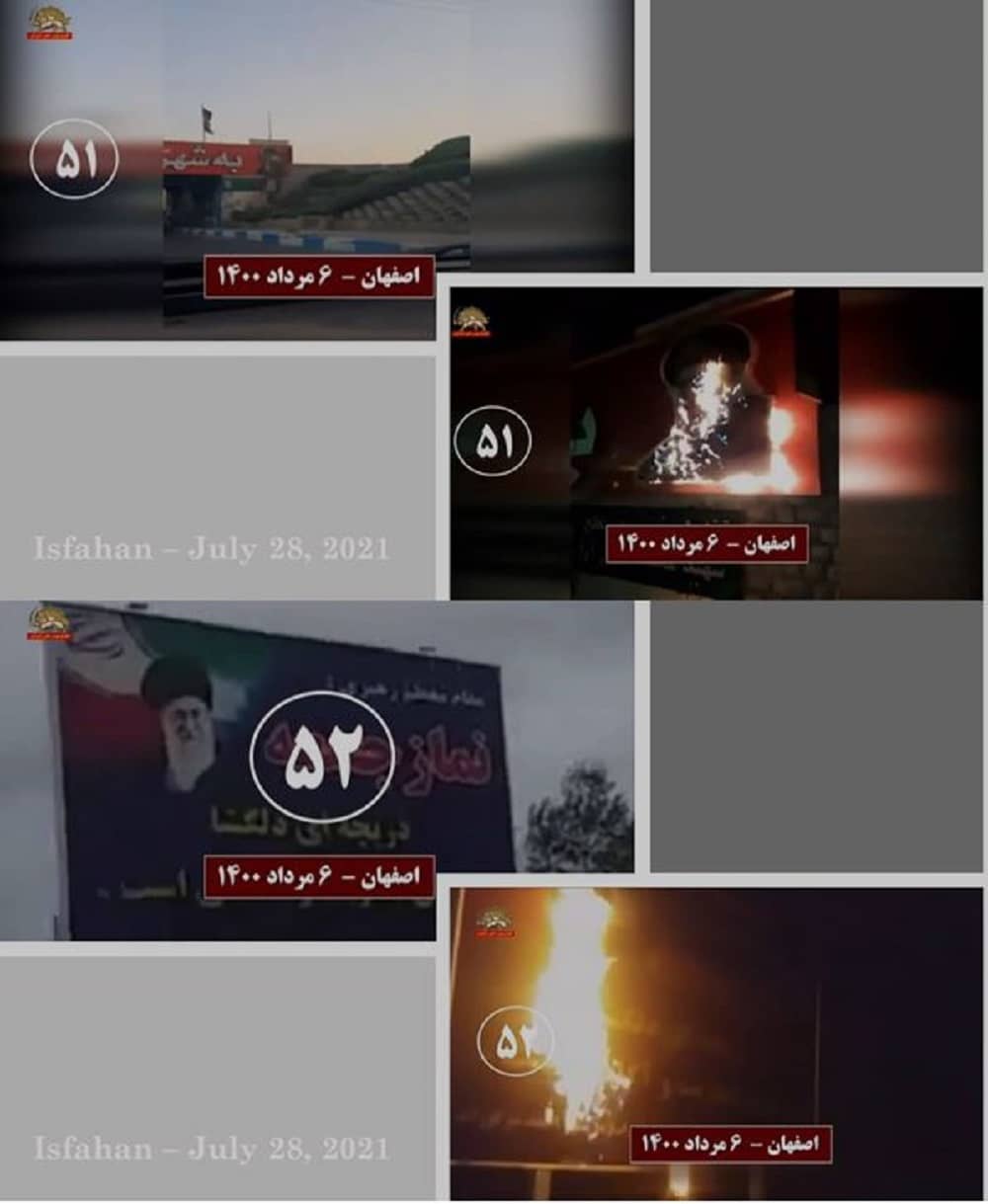 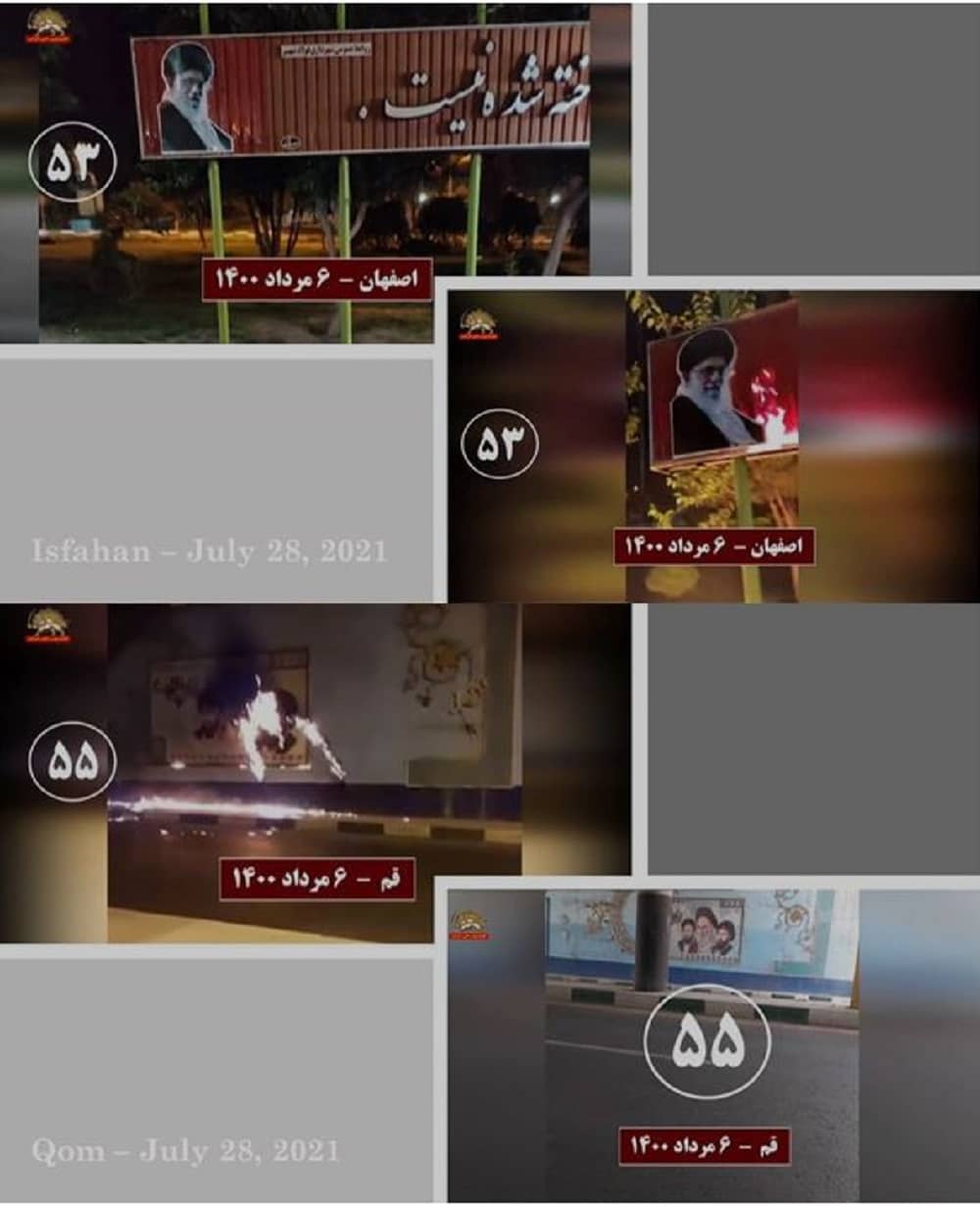 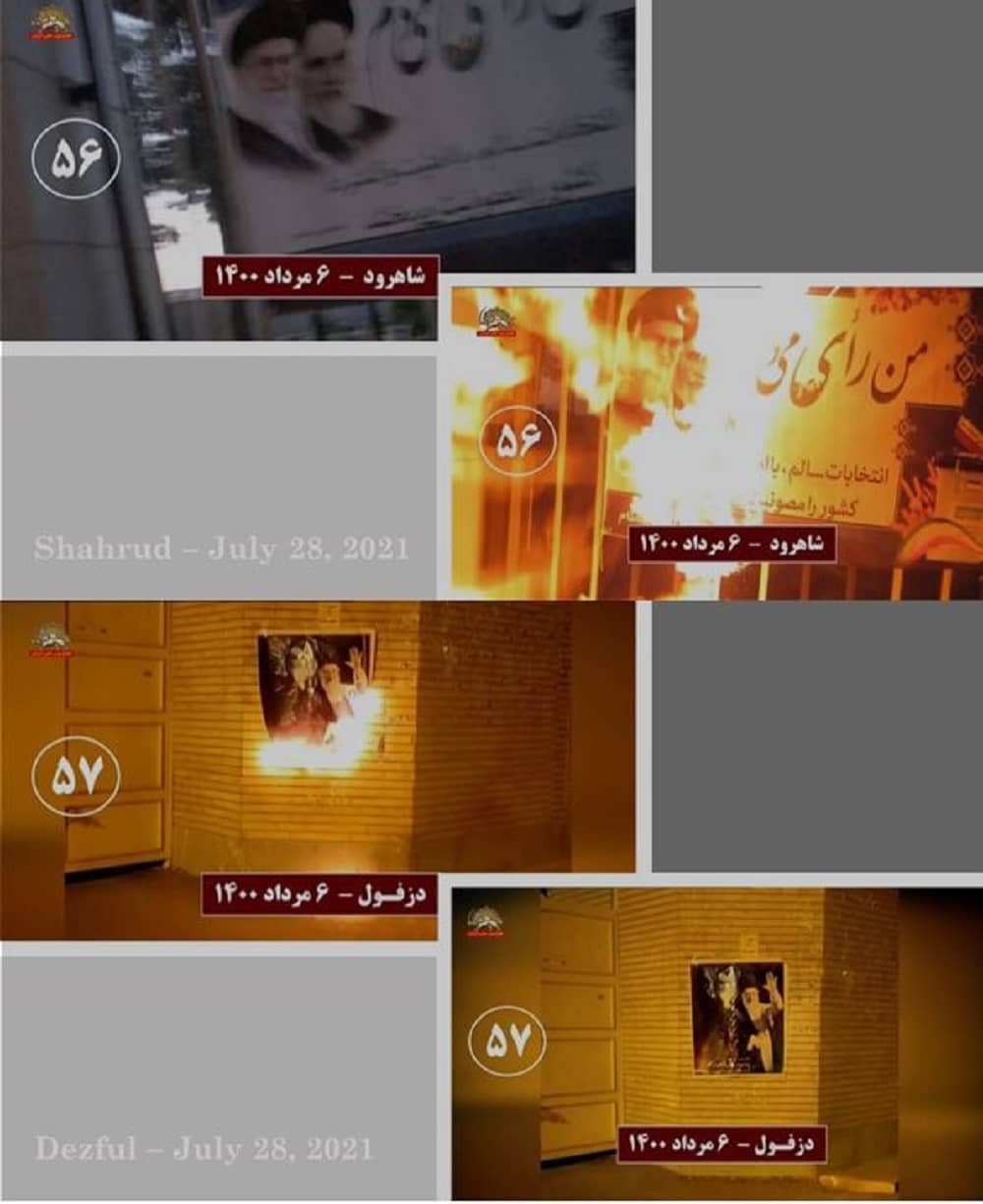 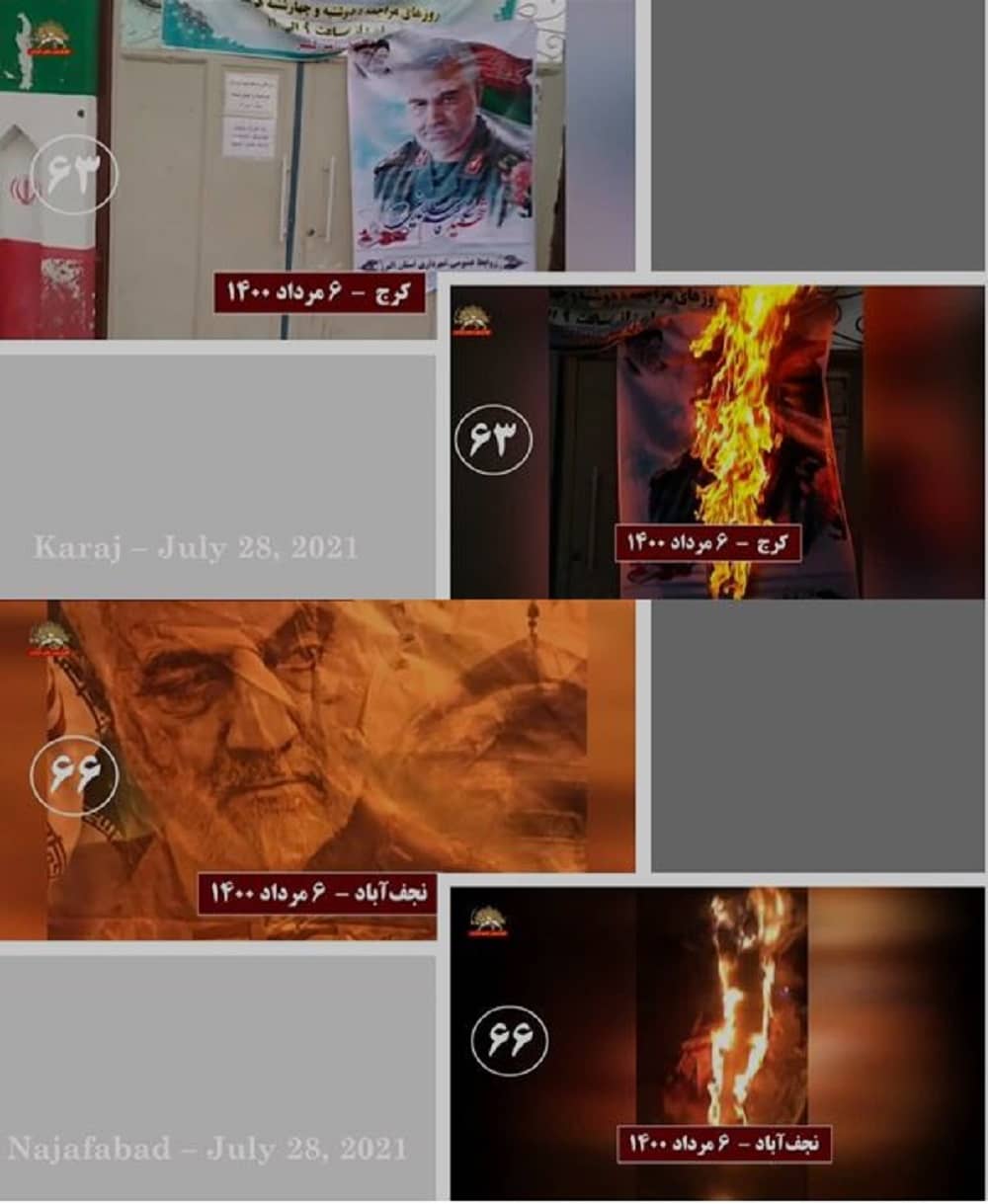 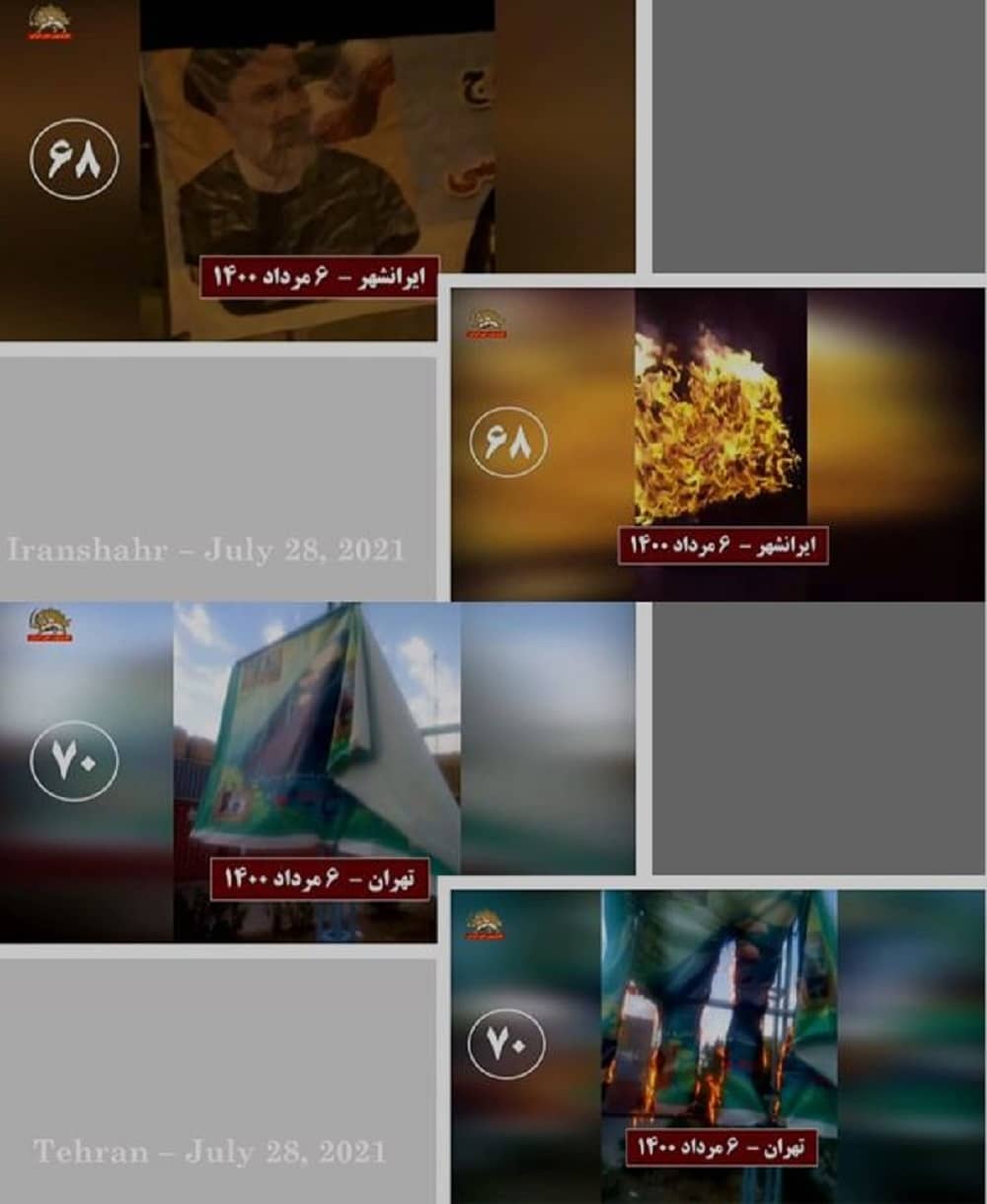