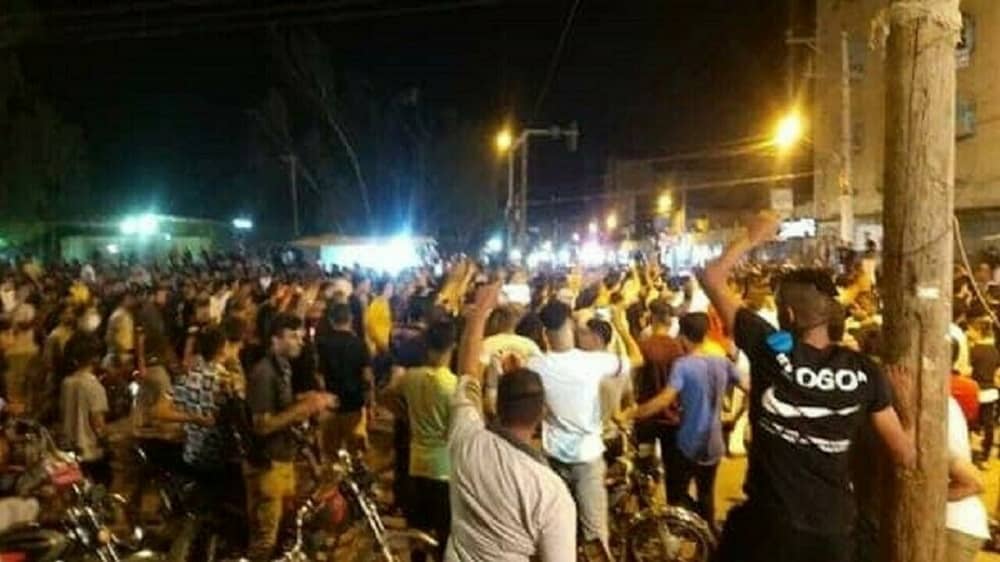 Iran: The Staggering Number of Corona Victims Is More Than 340,300 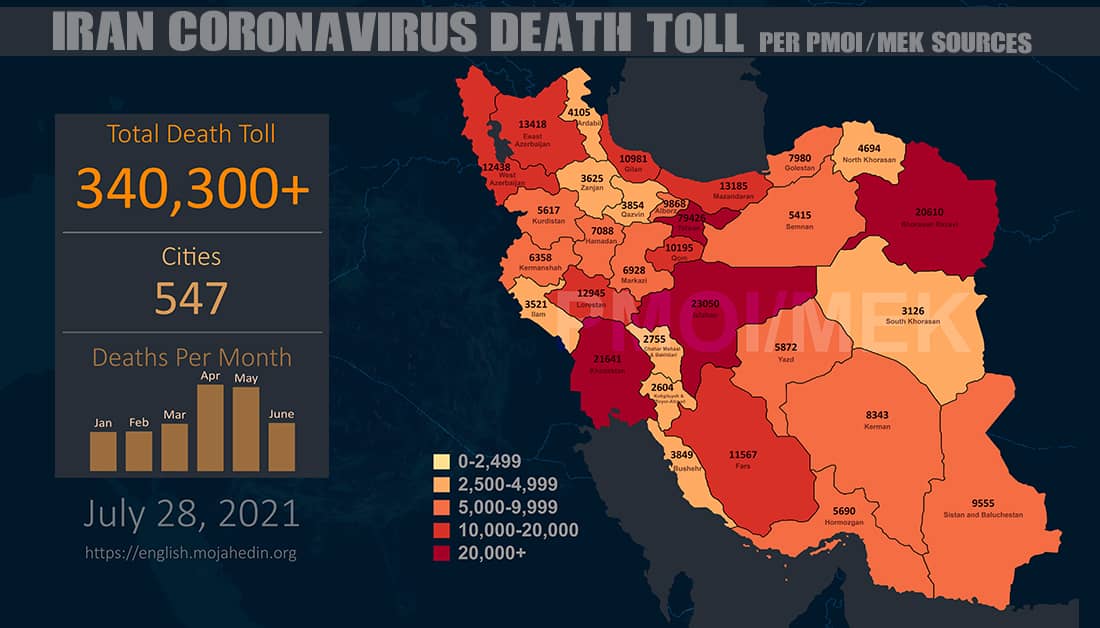 More than 340,300 people have died of the novel #coronavirus in 547 cities checkered across all of Iran's 31 provinces, according to the Iranian opposition PMOI/MEK. 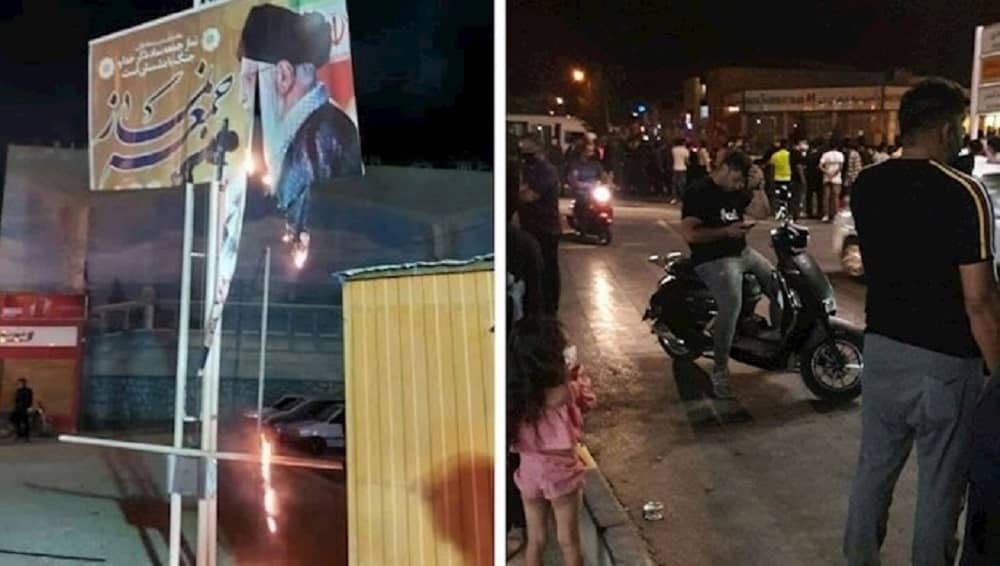 Protests raged across several protests in Iran on Tuesday, marking the thirteenth day of anti-regime uprisings that began in Khuzestan. Reports indicate protests took place in Khuzestan, Tehran, Lorestan, Bushehr, Isfahan, Ilam, and Sistan and Baluchestan on Tuesday despite severe internet blackouts imposed by the regime. Protesters were chanting anti-regime slogans including “Down with the dictator” and “Down with Khamenei,” calling for the ouster of Ali Khamenei, the regime’s supreme leader.

Why Khuzestan Is Thirsty and Restive 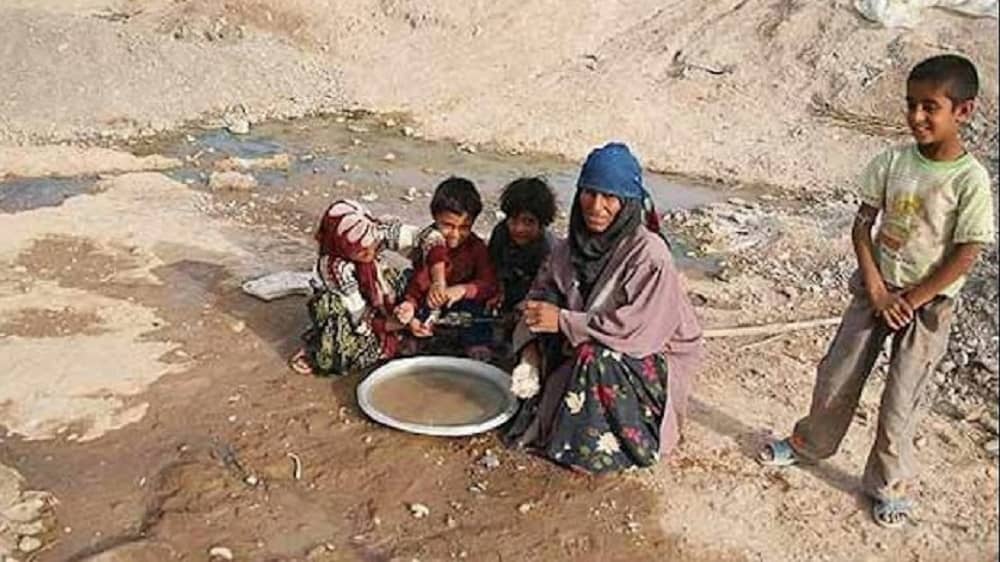 This summer, the temperature in Khuzestan reached over 50 degrees Celsius. The Covid-19 outbreak and the lack of health facilities and vaccines on the one hand and poverty, inflation and unemployment on the other have caused many problems for the people of Khuzestan. However these days, water shortage has been added to the long list of existing problems.

Indictment of Iran Agent in Sweden 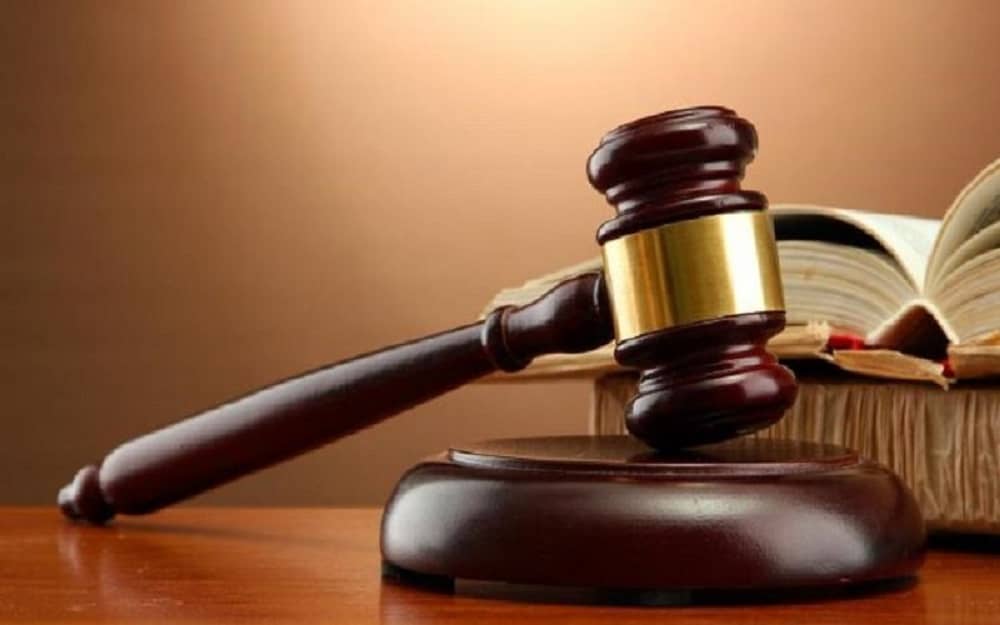 The Swedish Prosecutor Authority has published the indictment and documents related to the case of Iranian agent Hamid Nouri regarding his role in the 1988 massacre. Here we will go over the background to the criminal charges and the massacre. 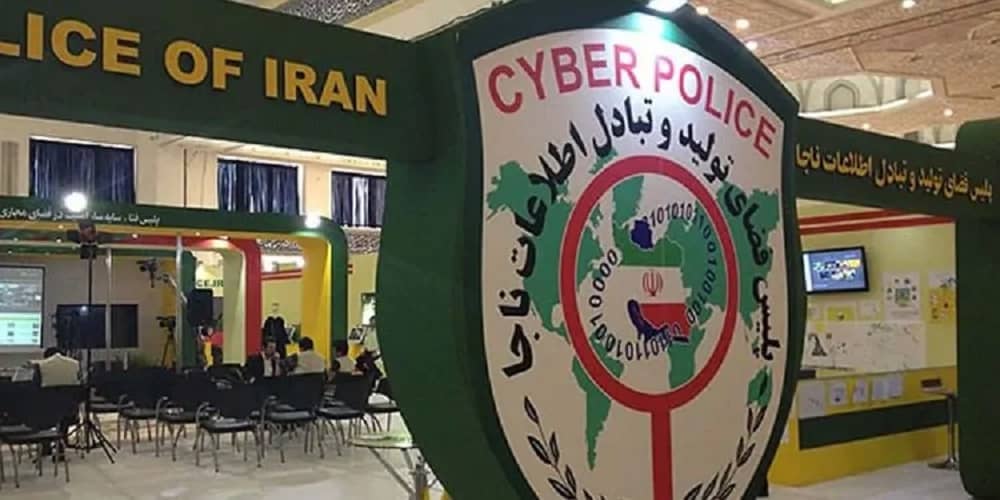 A Telegram channel admin was detained by Iran’s Cyber Police (FATA) on July 27 in Azadshahr northern Iran for “posting lies and disturbing public minds against the state”. According to the state-run Rokna New Agency, the Police Commander in Azadshahr said they were monitoring the internet, and identified the Telegram channel admin. He added the channel was blocked and the “accused” was detained and referred to the law. The identity of the detained person was not stated in the report. 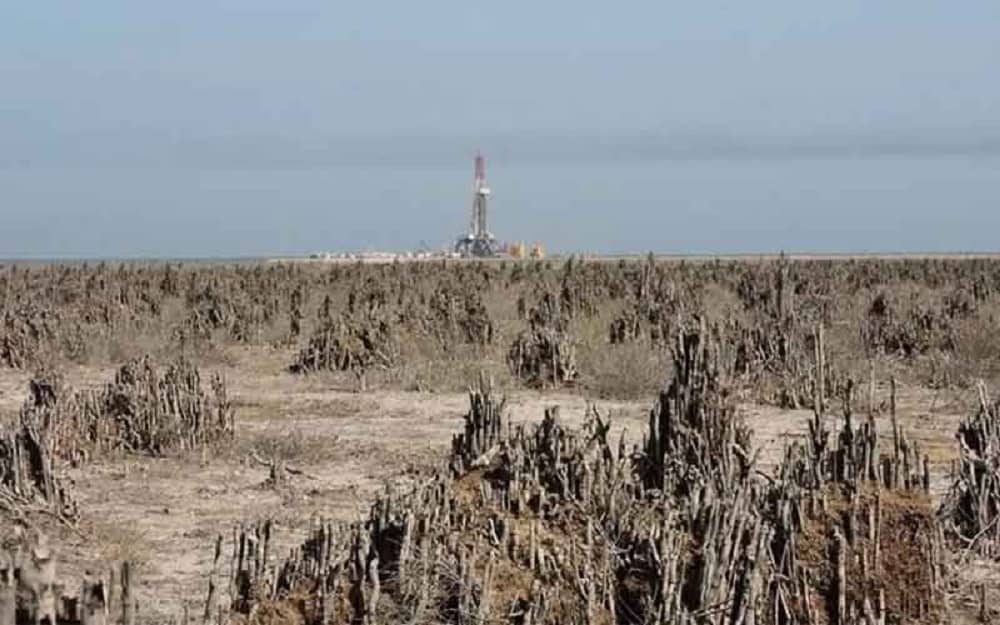 Every year, environmental activists and organizations mark July 28, reminding the imperative of preserving the principle of resource use and allocation and protecting the health of the natural world. They also highlight the importance of ensuring both renewable and non-renewable energy. Systematic neglect of natural resources in Iran has prompted many citizens across the country, particularly in the southwestern province of Khuzestan, to come onto the streets and blame officials’ failure to save these national assets. Today, on World Nature Conservation Day, the people of Khuzestan continue their protests for the 14th consecutive day.