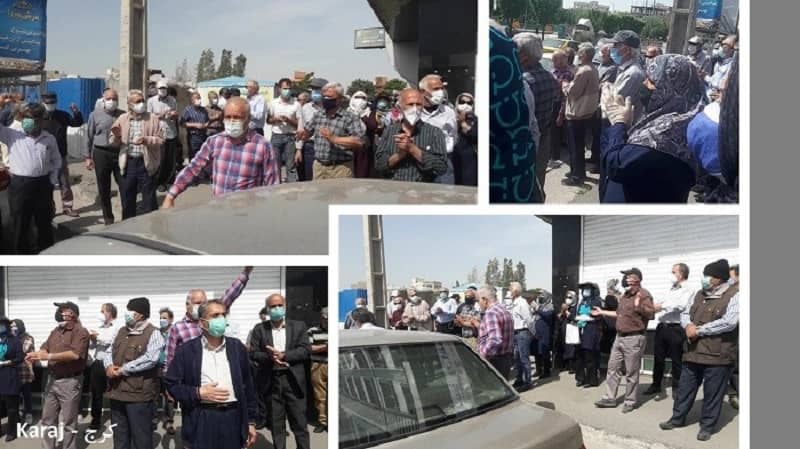 “We will not vote anymore, we have heard too many lies,” “Our enemy is right here (the state), they lie that it’s America”

On Sunday, April 25, 2021, deprived retirees and pensioners staged a protest in Tehran and 13 other cities for the 14th week running in recent months, demanding their fundamental rights and protesting against their dire living conditions, high prices, and below-poverty line salaries. They also called for a boycott of the regime’s sham presidential election.

Stationing forces around the main offices of the Social Security Organization, the State Security Force (SSF) prevented the retirees from staging their protest gatherings. In Tehran, protesters gathered in front of the nearby Bank Maskan. The SSF arrested several retirees in Tehran.

The SSF and plainclothes security agents in most cities prevented people from joining the protesters. They also prevented filming and photographing.

Nevertheless, except for Tehran, the outraged retirees succeeded in holding their protest rallies in front of the main offices of the Social Security Organization in Karaj, Kermanshah, Borujerd, Arak, Khorramabad, Qazvin, Shush, Shiraz, Isfahan, Ardabil, Mashhad, Bojnurd and Sari. 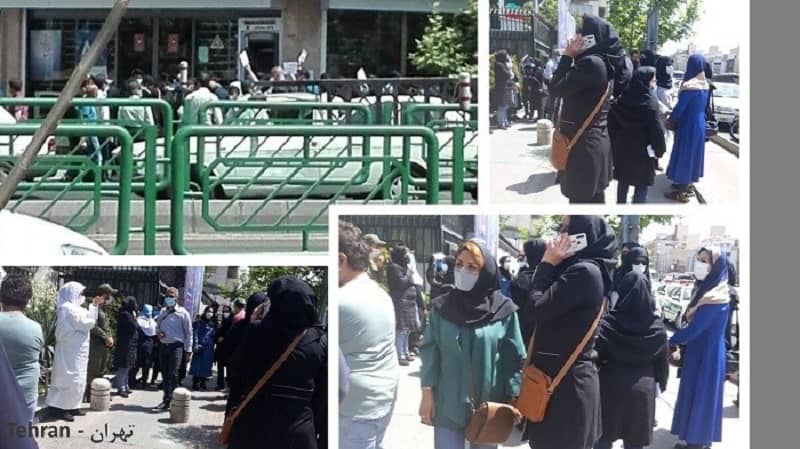 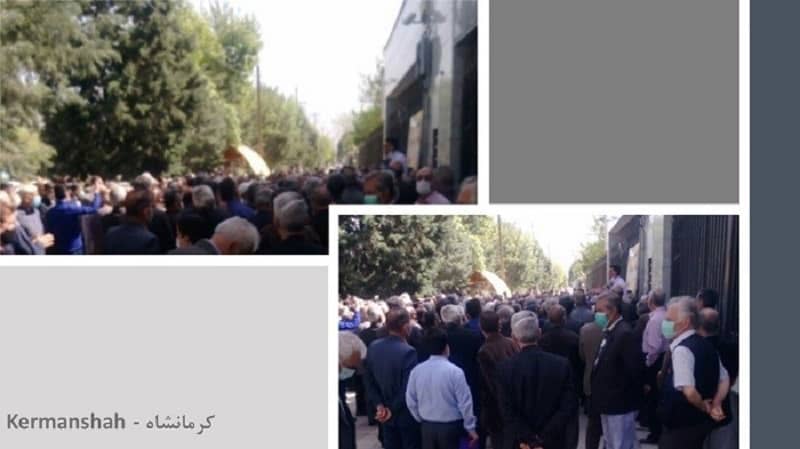 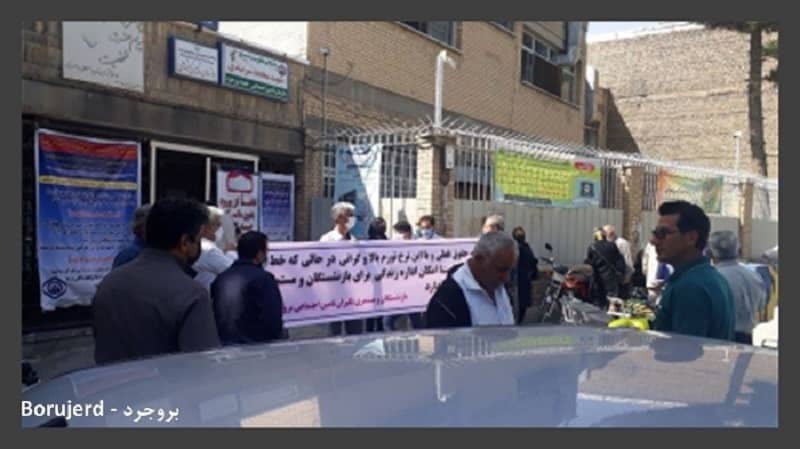 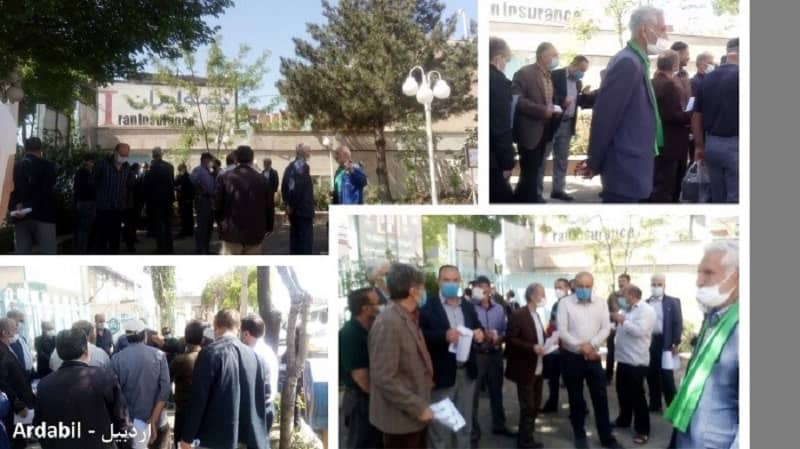 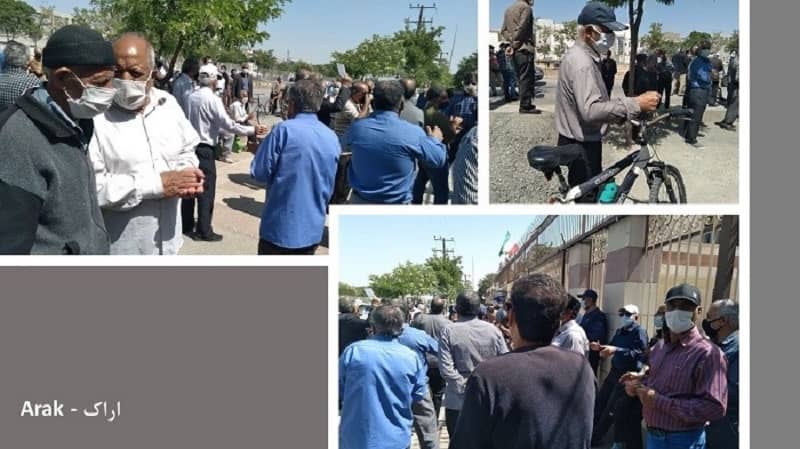 Secretariat of the National Council of Resistance of Iran (NCRI)
April 25, 2021