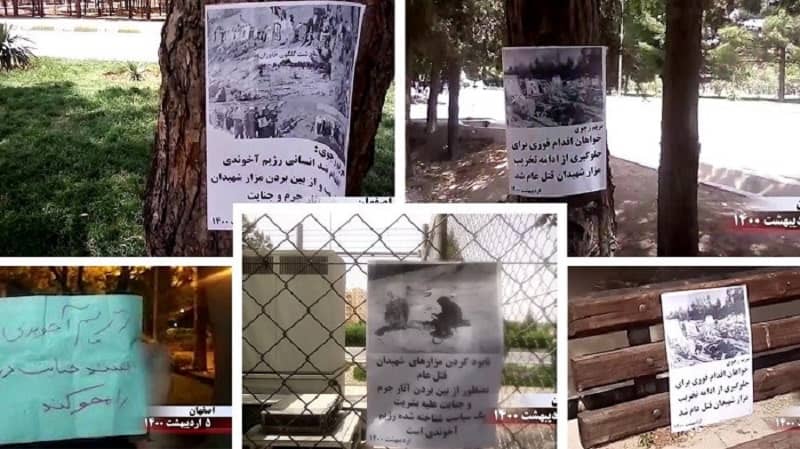 In an inhuman crime, the clerical regime intends to destroy the mass grave of the martyrs of the 1988 massacre in Tehran’s Khavaran Cemetery to erase the traces of this grave crime against humanity. Erasing the traces of this crime against humanity has been part of the Iranian regime’s deliberate policy. Previously, it had destroyed the graves of the martyrs of the 1980s and the 1988 massacre in many cities, including Ahvaz, Tabriz, and Mashhad.

Subsequent to the call by Mrs. Maryam Rajavi, the President-elect of the National Council of Resistance of Iran (NCRI), the Resistance Units and supporters of the Mujahedin-e Khalq (PMOI/MEK) condemned the clerical regime criminal action to destroy the mass graves of the victims of the 1988 massacre in Tehran’s Khavaran Cemetery, by posting placards, writing graffiti and disturbing leaflets in different cities, including Tehran, Isfahan, Shiraz, Kermanshah, Khorramabad, Shooshtar, Amlash (Gilan Province), Tonekabon, Neyshabur, Babol, and Iranshahr.

Mrs. Rajavi urged the United Nations Secretary-General, the High Commissioner for Human Rights, the Human Rights Council, and international human rights organizations to condemn this criminal act and take immediate action to prevent the continuing destruction of the graves of the 1988 massacre victims and pressures and coercion imposed on Bahai’s. 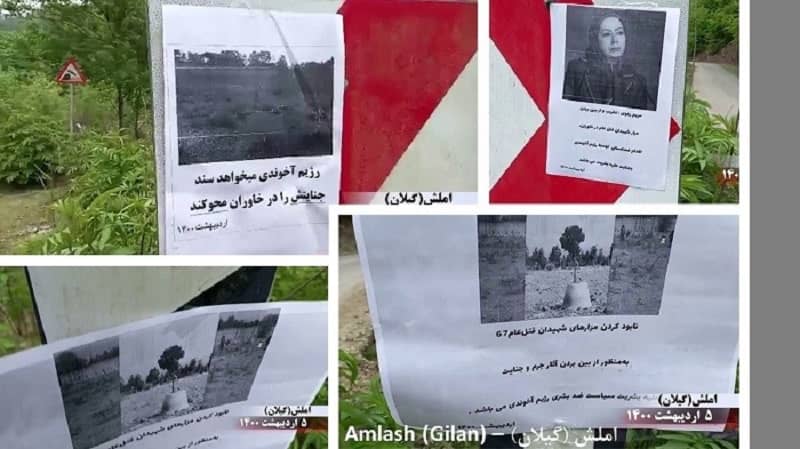 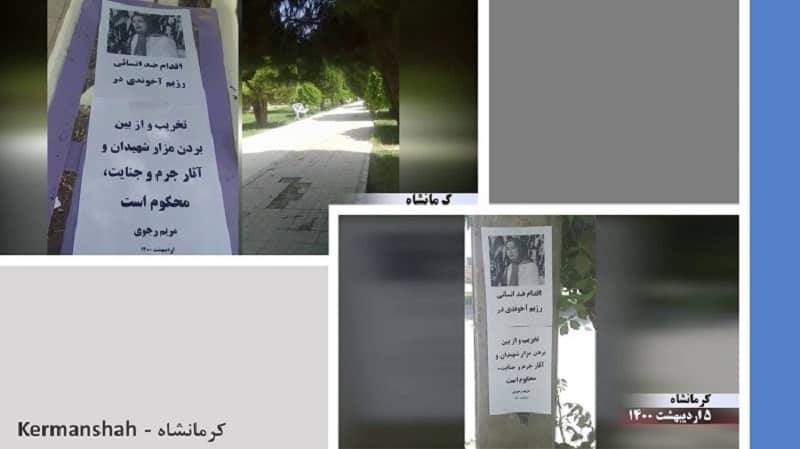 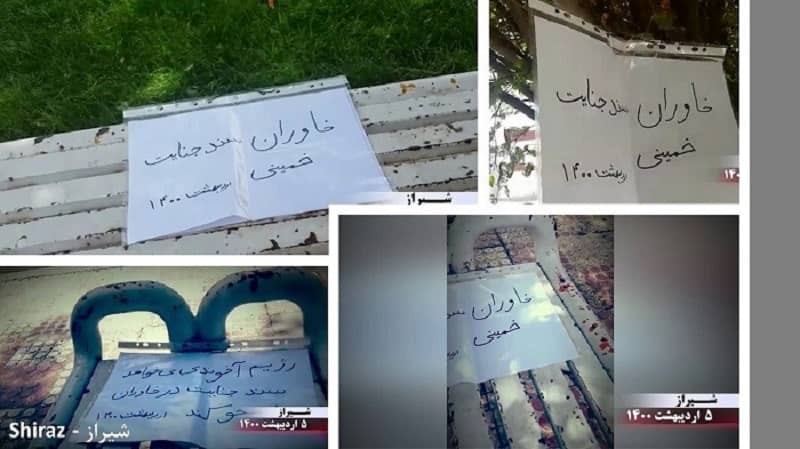 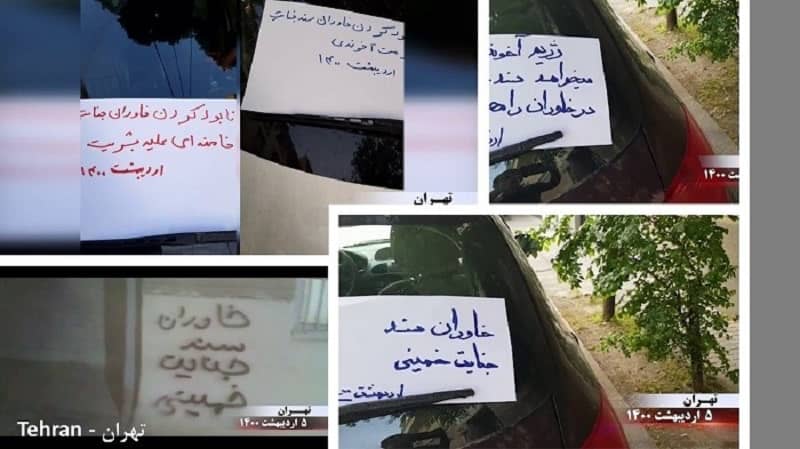 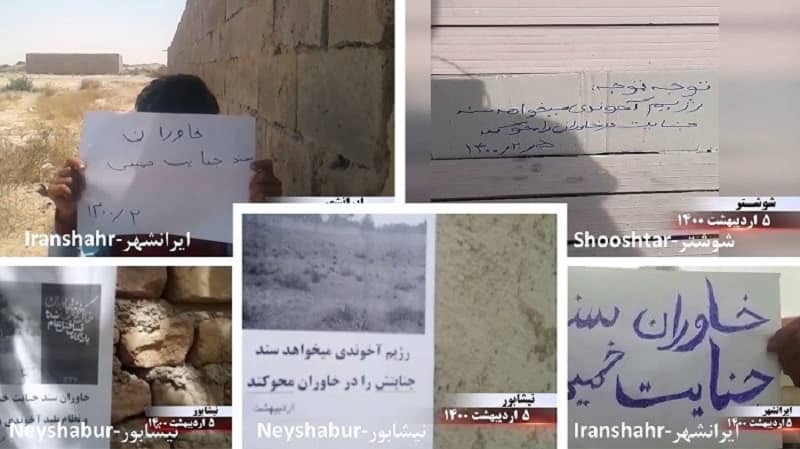 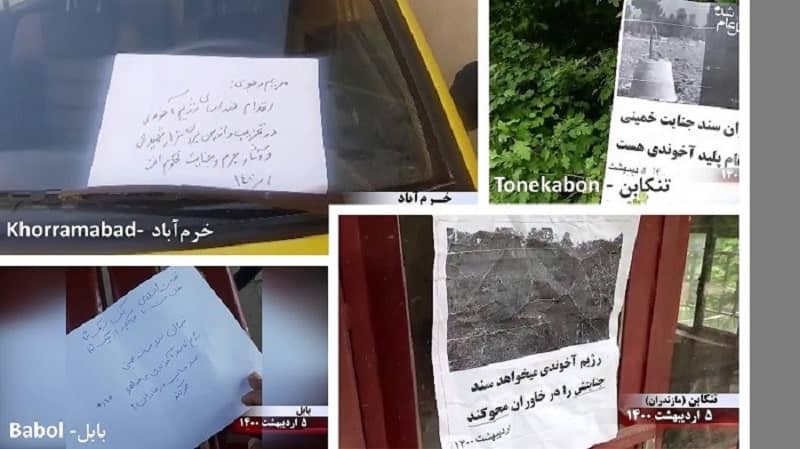 Secretariat of the National Council of Resistance of Iran
April 25, 2021