History and Background of 1988 Massacre 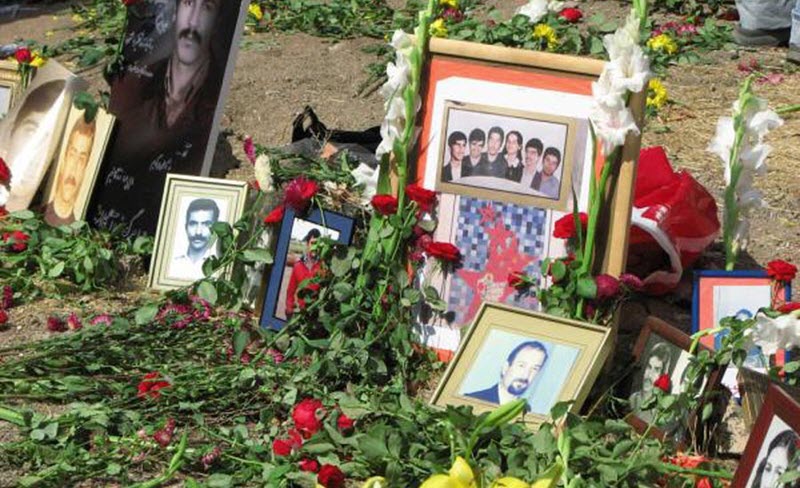 The 1988 massacre did not just happen. It was rooted in a fundamental conflict between the people of Iran, demanding freedom, democracy, and economic and social development after the overthrow of the Shah, and a religious tyranny incapable of responding to their demands. Instead, the ruling theocracy launched a nationwide suppression in Iran and export of fundamentalism and terrorism outside its borders.
This fundamental conflict was manifested in different forms from day one. First came limits on political and social freedoms, along with enforcement of the mullahs’ sharia law, especially as it pertained to women. The trend continued with a clampdown on ethnic and religious minorities and political dissidents. Finally, it led to the mass executions, which evidence indicates were planned months in advance. 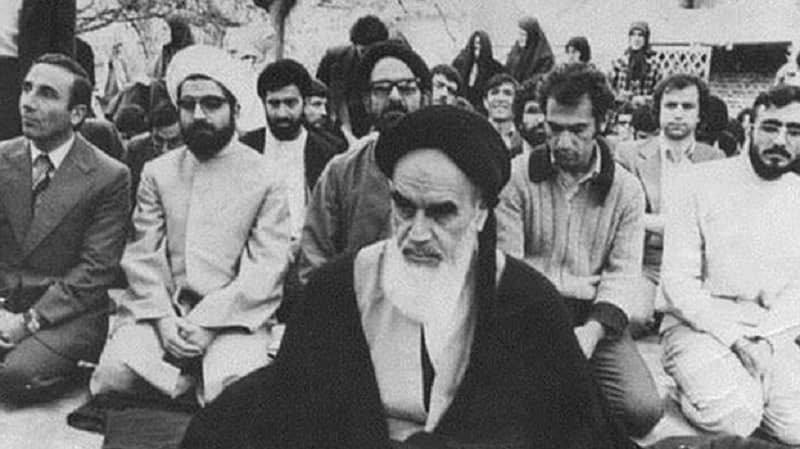 The establishment of the theological dictatorship, 1979 – 1981

After the overthrow of the Shah’s regime, Khomeini set about rapidly laying the foundations for his ideal of a “caliphate.” Much of the world had been misled by the promises he made in Paris, and few realized he meant to take advantage of the legitimate revolution against the crown to install a medieval theocracy. Before the populace realized his true goals, suppressive measures were quickly put in place. As a first step, the hijab (modest apparel, including a headscarf) was made compulsory. The measure was strongly opposed, and the suppression of opponents began.
Meanwhile, the MEK was quickly making a name for themselves as a major opposition movement that openly opposed not only the political and social policies enacted by Khomeini, but without mentioning his name directly, also described his view of Islam as backward and extremist. The core issue of dispute was freedom, both social and political. Inspired by a progressive Islamic worldview, the MEK defined freedom as the philosophical essence of the human being, while Khomeini denied any expression of freedom as un-Islamic. 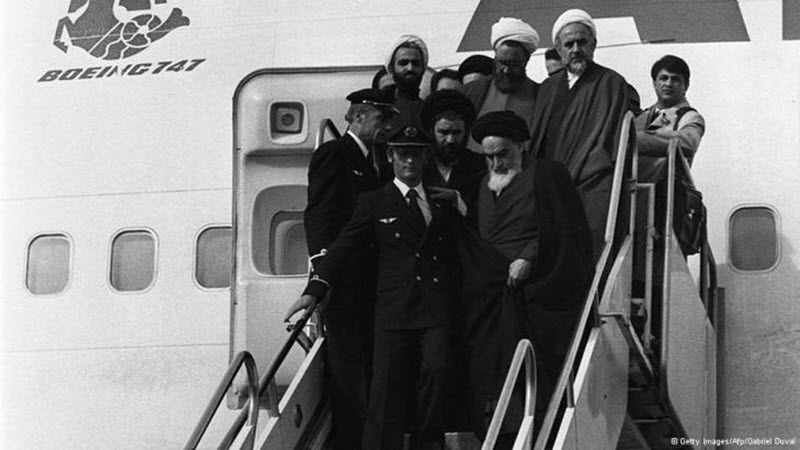 A few days after Khomeini’s return to Iran, his son Ahmad told the leader of the MEK, Masoud Rajavi, “If you support the Imam (Khomeini) and oppose all his opponents, all doors will be open for you and you can have whatever you want.
Rajavi rejected the offer, saying that the MEK demanded a democratic government, and any support they afforded Khomeini would be conditional on his actions promoting freedom.
In his final meeting with Khomeini on 26 April 1979, Rajavi stressed that from the Islamic perspective as he saw it, democratic freedoms were both essential and required.
These views were shared by millions of Iranians, and the MEK soon became the largest, best-organized force in Iran. They had offices all across the country, and their newspaper Mojahed had a circulation of 500,000.

The disagreements between the MEK and Khomeini were many. The MEK opposed compulsory hijab (veiling) and emphasized gender equality; they boycotted the referendum on Khomeini’s constitution because it was based on the principle of velayat-e faqih (absolute authority of the Supreme Leader), which they said contradicted the right to popular sovereignty; they rejected retribution and other inhumane laws under the guise of sharia, and they not only denounced any form of ethnic or religious discrimination but also insisted on the acknowledgment of minority rights.
From the first days of the Revolution in February 1979 until June 1981, despite the increased suppression and constant attacks by vigilantes on MEK activists, public support for the organization increased. During this period, at least 50 supporters were killed and several thousand imprisoned for distributing newspapers and other peaceful political activities. Despite all these crimes, MEK never retaliated. 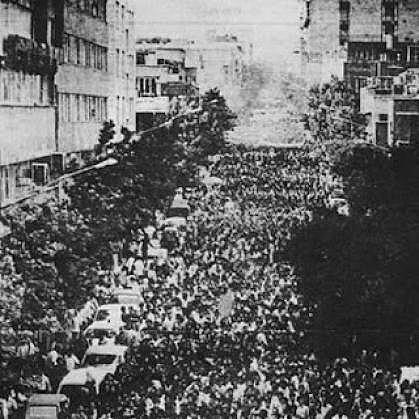 On 20 June 1981, the MEK called for a peaceful demonstration to protest the mounting suppression. In just a few hours, more than 500,000 took to the streets of Tehran. Khomeini ordered his forces to open fire, and the wave of mass executions began that very night.
On 24 June, state-run newspapers published photos of 12 young girls, along with the statement issued by the public relations department of the Central Bureau of the Office of the Islamic Revolutionary Prosecutor General. The statement read:
“Summons by the Revolutionary Prosecutor General’s Office to the Parents of the Arrested: The honorable families whose children were arrested during the recent counter-revolutionary events in Tehran and for whom verdicts have been issued and carried out, are notified to please report to the central office of Evin Prison. They must present birth certificates with photo IDs of the children whose pictures are printed here, in order to retrieve the bodies of their children.”
Within hours of the mass arrests, hundreds were taken to the gallows on Khomeini’s orders. Many, like the children pictured alongside the summons, had been executed without even being identified.
One after the other, officials of the regime called for more executions and torture. Ali Akbar Hashemi-Rafsanjani, who was Speaker of the Parliament at the time and number-two to Khomeini, said: “Based on the divine edicts, they must be sentenced as follows: 1. They must be given death sentences, 2. They must be hanged, 3. Their hands and legs must be amputated, and 4. They must be banished… If on that day (of the Revolution) we had arrested and executed 200 of them, they would not have multiplied to such numbers today.”

Mohammad Mohammadi Gilani, head of all Islamic Revolutionary Courts at the time and later named the next head of the Supreme Court said: “After a Mohareb (those who wage war on God) is captured, his repentance is not accepted and his punishment is as prescribed in the Quran: Death in the harshest manner, hanged in the most disgraceful way. His torture must peel off the skin, pass through the flesh, and break the bone.”
The following day, Mohammadi Gilani issued an even more vicious order: “Just stand them up against the wall [in the streets] and open fire … Islam does not allow the injured body of these outlaws to be taken to the hospital; they must be exterminated.” (State-run newspaper Kayhan, 20 September 1981)
Hossein Mousavi Tabrizi, the Revolutionary Attorney General, declared: “One of the regulations of the Islamic Republic is that anyone who stands against this regime must die. Their wounds must be increased until they die. This is the rule of Islam. It’s not something new…. If they are arrested, months should not be wasted for them to eat and sleep and spend the money on the treasury. Their sentencing is in the streets. Killing them is not something that is allowed; it is a must…” (State-run newspaper Kayhan, 20 September 1981)
Once the orders were implemented, girls as young as 13, pregnant women, and elderly mothers were all taken to the gallows, just for distributing flyers. On 27 September 1981, hundreds of MEK youngsters were executed. The wave of executions continued for months, ultimately becoming years. Due to the widespread arrests, prisons across the country were filled with political prisoners. Cells designed for only a few were filled 10 to 15 times their capacity. Prisoners had to take turns sleeping at night, in some cases standing upright. The prisoners were severely tortured and many died under torture.