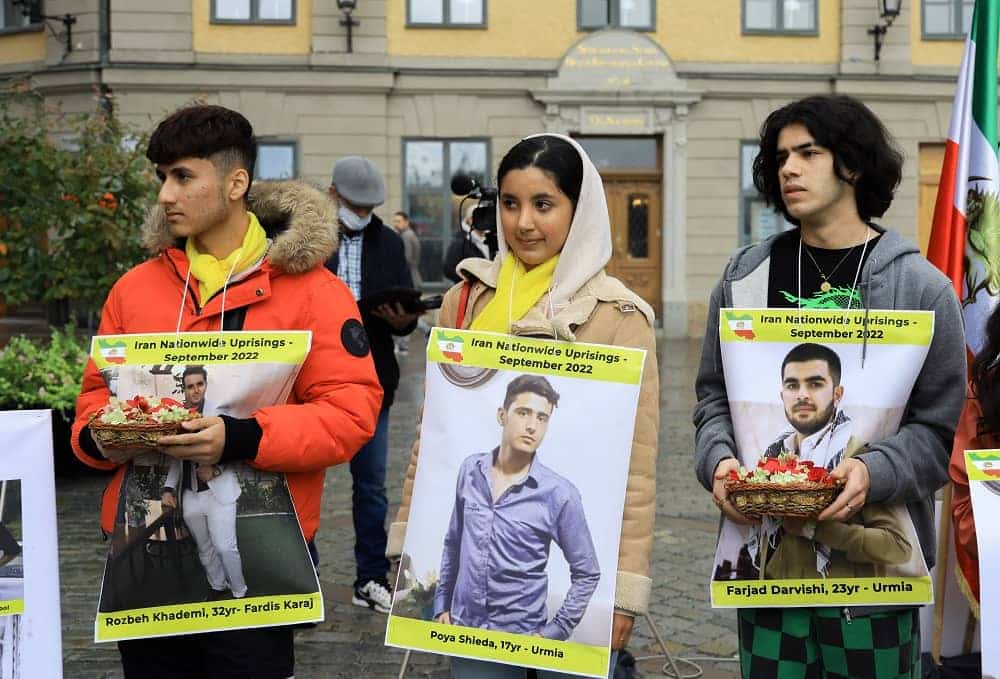 192 martyrs had already been identified

Mrs. Maryam Rajavi said that the sacrifices of the martyrs, young people, and teenagers from Kurdistan and Lorestan and Azerbaijan to Sistan and Baluchistan and from Mazandaran, Gilan, and Tehran to Kerman are reflected in the cries of “death to Khamenei” of millions of Iranians nationwide and people are even more determined to continue until freedom is achieved. She called on the Security Council, the European Union, and its member states to take immediate action to stop the killings and bloodshed and take measures to secure the release of the prisoners.

The names of 10 with their locations and dates of martyrdom are as follows:

The names of 192 with their locations and dates of martyrdom are as follows:

Previous article
Iran News in Brief – October 10, 2022
Next article
Iran: Opening Fire on Prisoners in Lakan Prison of Rasht, Prison Is on Fire