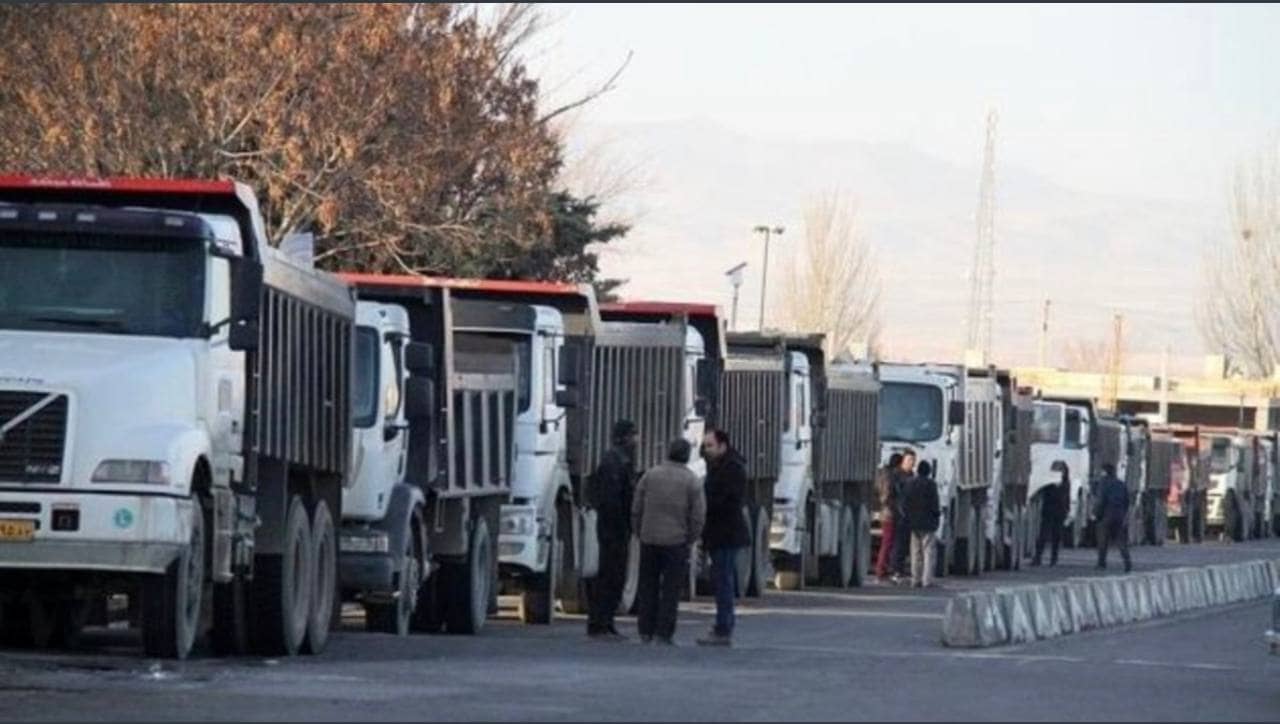 On Tuesday night,  November 29, the 75th night of the uprising, different areas of Tehran and cities across the country witnessed nightly demonstrations with a large presence of people chanting anti-regime slogans, accompanied by cars honking continuously.

In nightly demonstrations in different parts of Tehran, including Parand, Bagh Faiz, Saadatabad, Sattar Khan, Naziabad, Tehranpars, Tehransar, Andisheh, Quds township, and elsewhere, people chanted “Death to the dictator” and “Death to Khamenei”. In Tehran’s Chitgar district, people chanted “Your desperate leader, your grave is ready” and in the Tehran subway, they chanted ” Cannons, tanks, machine guns are no longer effective! and mullahs must get lost”. Youth blocked the street in Punak, Tehran. In Saadatabad, they chanted the slogan “Death to the child-killer regime”. In Quds township in Tehran, people threw eggs at the regime’s mercenaries.

On Tuesday, truck drivers went on strike at the terminals of many cities, such as Nasim Shahr Terminal, Assadabad in Hamedan, Sanandaj, Shiraz, Isfahan, and Bandar Abbas. At the same time, the employees of Seif loading terminal continued the fourth day of their strike.

In Tehran, the nurses of a 1,000-bed Hospital staged a protest with the slogan “They make false promises, never give us our rights.” In Isfahan, nurses of Al-Zahra Hospital, and in Bandar Abbas, workers of Madkush steel pellet company went on strike.

Students of Allameh University staged a sit-in and strike. A group of teachers from the cities of Marivan and Sarv Abad started a protest rally. In Ardabil, girl students protested and chanted, “If we don’t stand together, we will be killed one by one.”

In the city of Cheraam in Kohgiluyeh and Boyer Ahmad province, the people protested the arrest of a female teacher.

On Tuesday morning, the defiant youths targeted a Basij base in Kuhdasht, and Basij bases in Yasouj in Kohgiluyeh and Boyer-Ahmad Province), with Molotov cocktails. They torched a billboard in Bushehr and a regime banner in Qazvin.

Also, in Tehran, the families of those arrested during the uprising again gathered outside Evin prison to find out about the fate of their loved ones.

November 29 – Dehaqan, Isfahan Province, central #Iran
Truck drivers are on strike and continuing the nationwide protests against the regime on the 75th day of the uprising.#IranRevolution2022#اعتصابات_کامیونداران pic.twitter.com/trxLyWAkes