Simultaneous with the International Teachers Day, the faculty of the Ministry of Education and its retired personnel staged a demonstration on Wednesday morning, October 5, 2016, and protested their low salaries and benefits as well as abysmal living conditions.

In Tehran, the repressive forces of the IRGC Intelligence and plainclothes agents gathered in Sepah Square at 9.30 a.m. and prevented the demonstrators from marching towards the regime’s parliament (Majlis).

Agents of the IRGC Intelligence had threatened many of the personnel and faculty of the Education Ministry the day before, in a bid to dissuade them from taking part in the demonstration. The internet service was also disrupted in the central and western parts of the capital to prevent their organizing efforts and mass mobilization for the demonstration. Nevertheless, a large number of the Education Ministry faculty and retired personnel managed to get to the Majlis and stage their protest. They held up placards which read, “Earning a decent living is our inalienable right.”

In Shiraz, hundreds of the retired personnel of the Department of Education staged a gathering outside the department’s building.

In Mashhad, a group of the retired personnel of the Education Department staged a gathering. They held placards which read, “Motto of the International Teachers Day: Respect the status of teachers, and improve their dignity and status.”

In the north Iranian Province of Gilan, teachers and the faculty of the Education Department issued a statement on the occasion of the International Teachers Day, demanding abolition of discrimination in salaries, benefits, and provision of the minimum living, removal of security, political and social pressures on teachers, removal of the obstacles for the teachers’ organized activities and their affiliated media, provision of social and health insurances, balancing the salaries and benefits of the working and retired personnel of the Education Department with other educational facilities, and improvement of classroom conditions to match international standards.

The working and retired teachers and faculty of the Education Ministry do not enjoy a dignified social and political status under the rule of the clerical regime in Iran, but are deprived of their most rudimentary rights. All of them live in abysmal conditions. This is while the Iranian people’s assets are spent on warlike efforts and export of terrorism to other countries, particularly in the Middle East, on missile projects, or are plundered by the regime’s leaders. Parts of such astronomical embezzlements are revealed in the course of the regime’s internal feuding.

The Iranian Resistance hails all the freedom-loving teachers and education faculty of Iran and calls on the nation, particularly on women and youths, to rise in solidarity with the teachers’ protest movement. 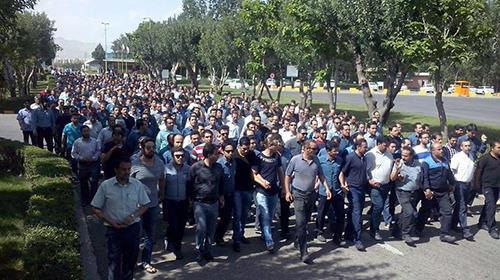 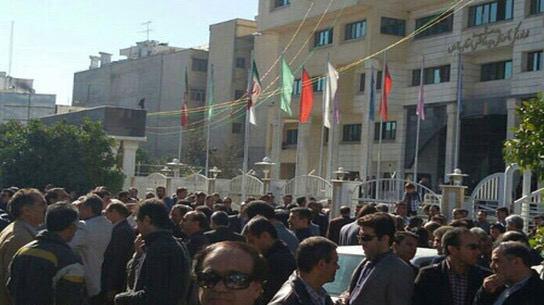