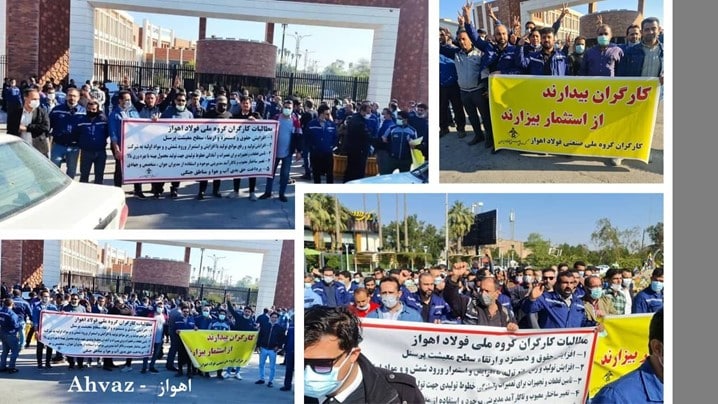 This morning, retirees and pensioners in Tehran, Isfahan, Ahvaz, Sanandaj, Kermanshah, Khorramabad, Ilam, Arak, Shush, Shooshtar, Bojnurd, Rasht, Tabriz, and Mashhad protested against low payments, lack of health insurance, and poor living conditions. The protesters gathered outside the regime’s parliament in Tehran. In other cities, they gathered outside the Social Security and Retirement Organization offices. Simultaneously, steel industry retirees protested in front of the Steel Pension Fund in Tehran and Isfahan.

The protesters chanted: “Political prisoner must be freed,” “Imprisoned workers must be freed, “Workers, teacher, unity, unity,” “Protecting the pensioners is the government’s duty,” “Neither parliament nor state care about the nation,” “Retirees die, but will not accept humiliation,” “God Almighty, uproot oppression,” ” Retirees shout your demands,” “We are outraged by so much injustice,” “All promises were empty.”

In addition to retirees, Isfahan’s Sepahan cement workers rallied for the second day in a row today. Workers of the Ahvaz National Steel Group also gathered and marched outside the Governor’s Office today to protest the failure to address their demands. They chanted, “We steelworkers will fight against injustice.” In Tabriz, peddlers also gathered to protest the seizer of their goods by the repressive State Security Force.

Mrs. Maryam Rajavi, the President-elect of the National Council of Resistance of Iran (NCRI), hailed the enraged pensioners who staged protests in 13 cities to demand their inalienable rights. She said: Under the rule of the mullahs, in return for a lifetime of hard work, the retirees’ living conditions worsen day by day. She added: The mullahs’ regime has plundered the wages of pensioners and workers. At least 40 million out of Iran’s 85 million population have fallen below the absolute poverty line. The only way to restore the rights of the Iranian people is to overthrow the mullahs’ regime, she emphasized.

Secretariat of the National Council of Resistance of Iran (NCRI)
February 13, 2022

Snapshots of the retirees’ protests in various cities 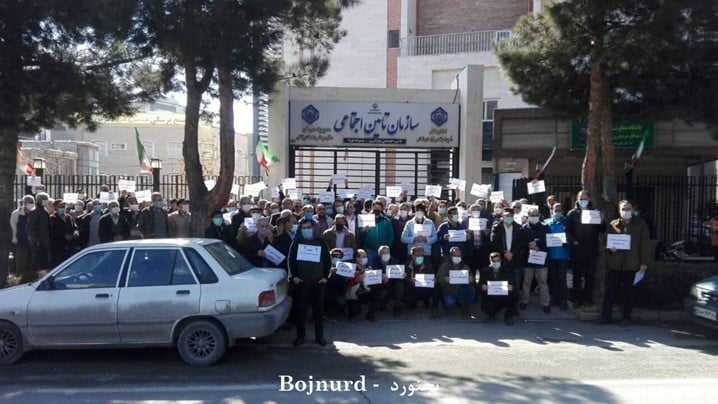 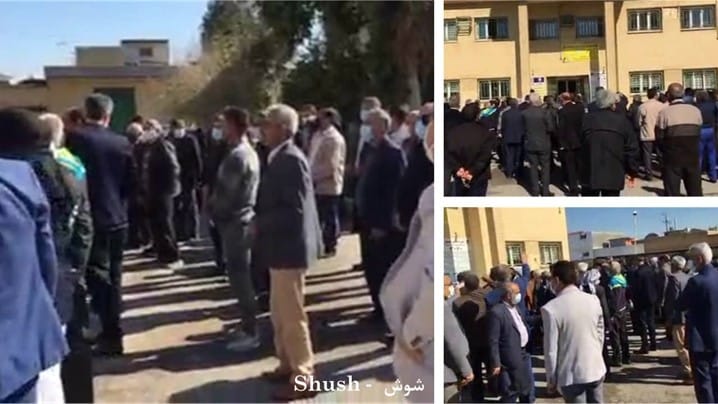 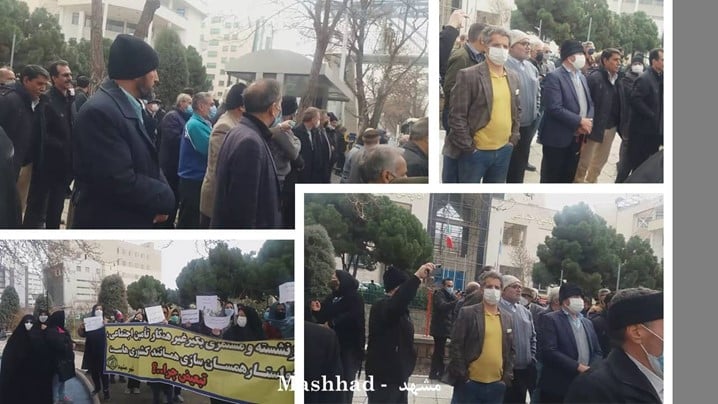 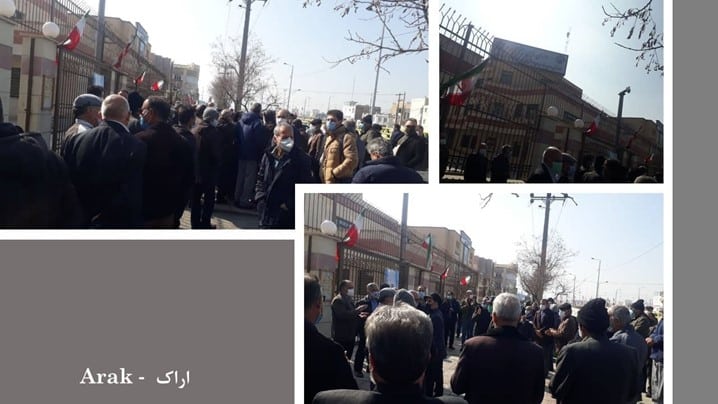 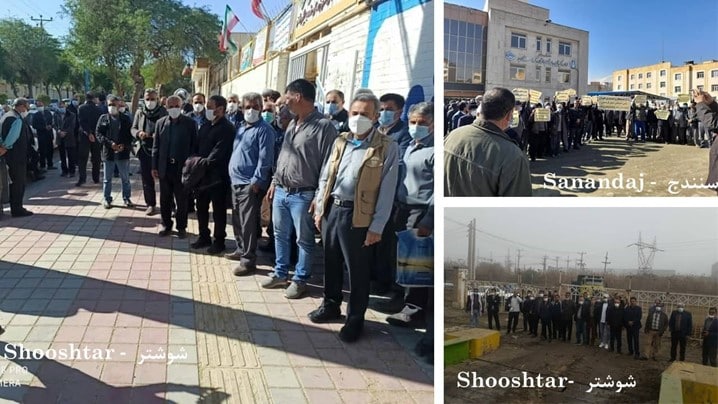 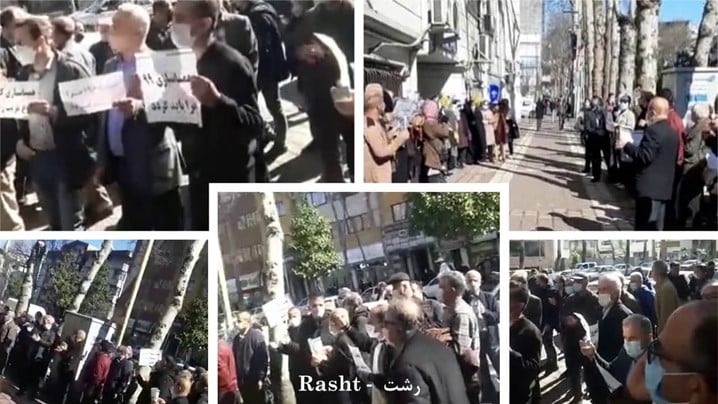 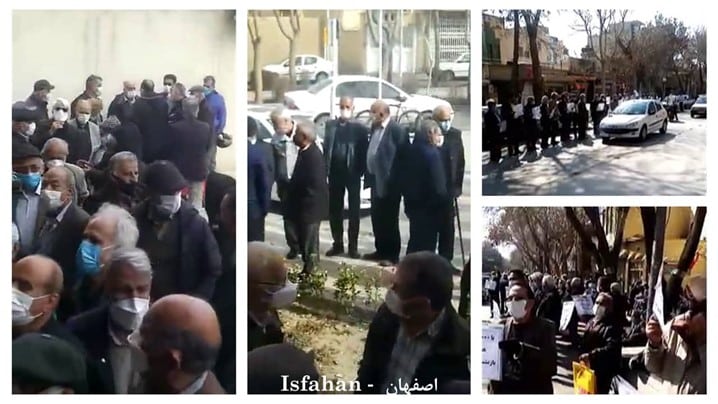