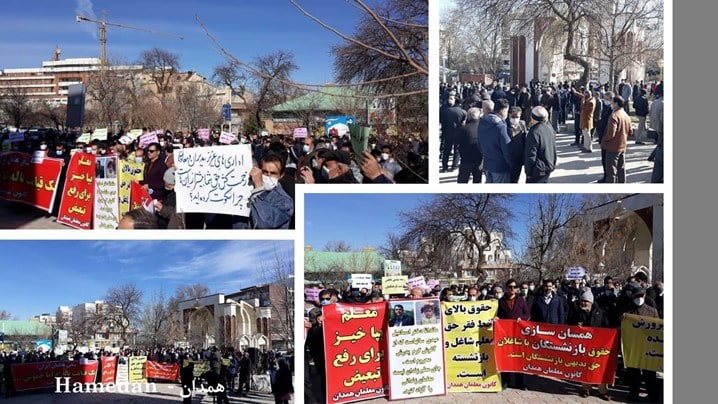 Protesters Chant: “The Illiterate, Six Grader (Ebrahim) Raisi, What Happened to Your Promises?” “The Government Betrays, Majlis (Parliament) Supports It,” “Political Prisoners Must Be Freed,” “Teachers Will Die, but Will Not Accept Humiliation,” “Teachers Rise up To Get Rid of Discrimination”

· We Are Not Intimidated by Repression, and We Are Willing To Pay the Price for Justice and Freedom. If Our Demands Are Not Met, We Will Continue the Sit-in and Strike

Thousands of freedom-loving teachers and educators in Tehran and 119 other cities and villages protested against the unbearable living conditions, low salaries, disregard for their legitimate demands, and the arrest of teachers. The rallies took place in Tehran outside the regime’s parliament and in front of the regime’s Ministry of education branch offices in provincial and city centers.

The demonstrators chanted: “Political prisoner must be freed,” “Prisoned teachers must be freed,” “(Ebrahim) Raisi is a liar,” “The illiterate, six graders (Ebrahim) Raisi, what happened to your promises?” “The government betrays, Majlis (parliament) supports it,” “Political prisoners must be freed,” “Teachers die but do not accept humiliation,” “Teachers rise up to get rid of discrimination,” “So much talking by the state, yet no action,” “We will not rest until we obtain our rights,” “Our enemy is here (state), they lie that it’s America,” “Silence of every teacher provides an opportunity for more oppression,” and “We are tired of hearing lies from the authorities.”

To prevent the teachers from gathering and people from joining them, the repressive State Security Force and the plainclothes agents blocked the roads and pathways to the gathering site, arrested the activist teachers, and deployed many forces to the cities. However, due to the teachers’ perseverance, particularly women, they had to retreat. Several teachers were arrested during today’s protests, including in Tehran, Marivan, and Fars Province. Despite the heightened security situation in Shiraz, a large crowd marched in the streets, demanding the release of imprisoned teachers.

Mrs. Maryam Rajavi, the President-elect of the National Council of Resistance of Iran (NCRI), hailed Iran’s freedom-loving teachers who, despite threats and arrests, once again took to the streets across the country. Their chants of “Teachers die but do not accept humiliation” taught millions of Iranian students to be free. The courageous continuation of protests in Iran reflects the Iranian people’s general aspiration to overthrow the regime and establish democracy, justice, and national sovereignty, she added. 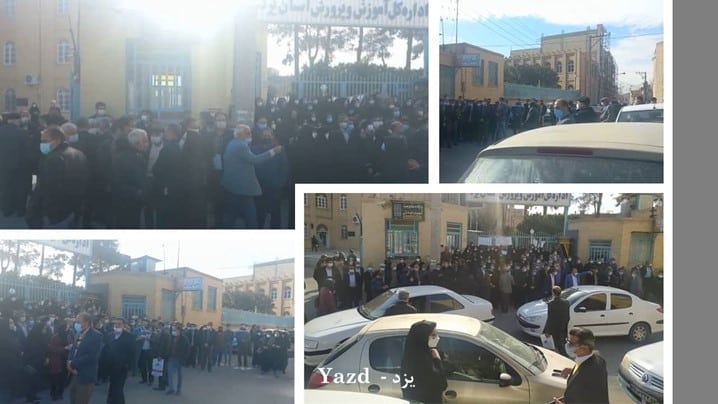 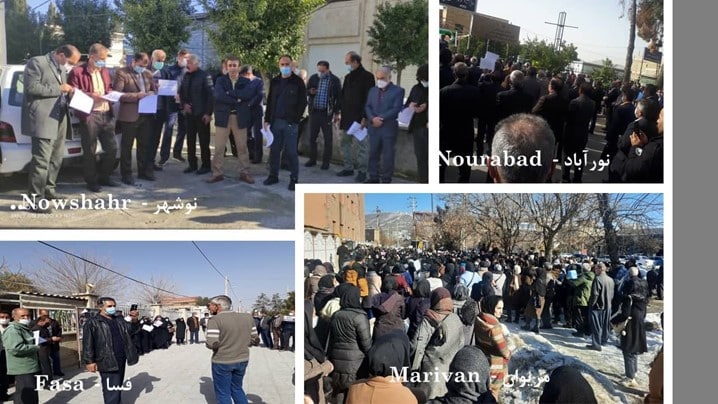 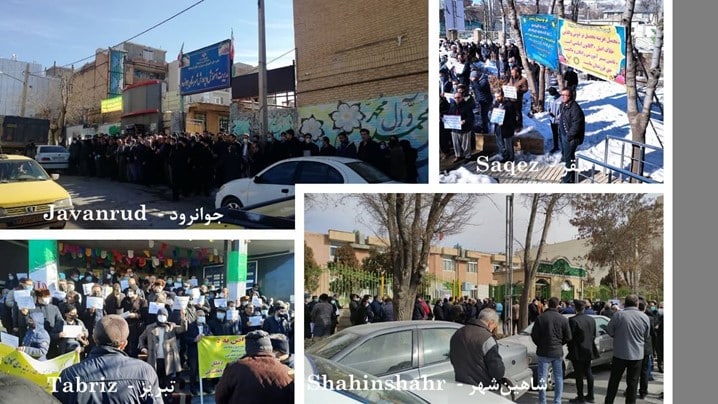 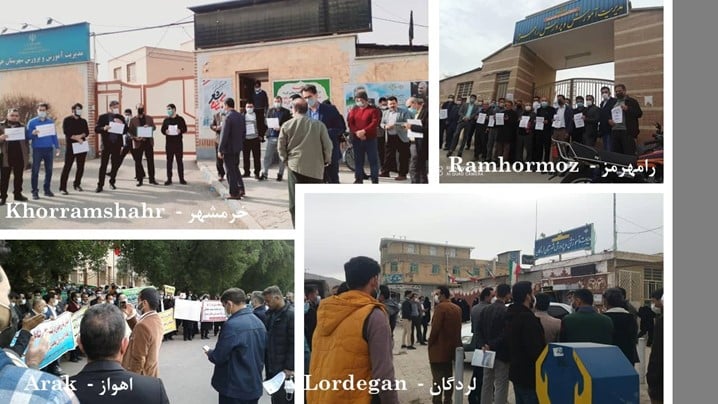 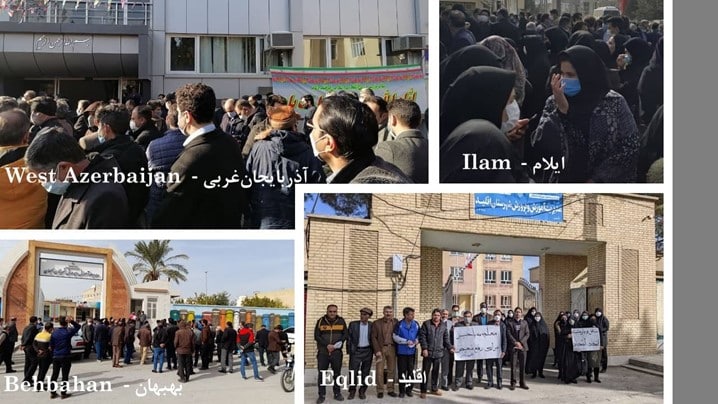 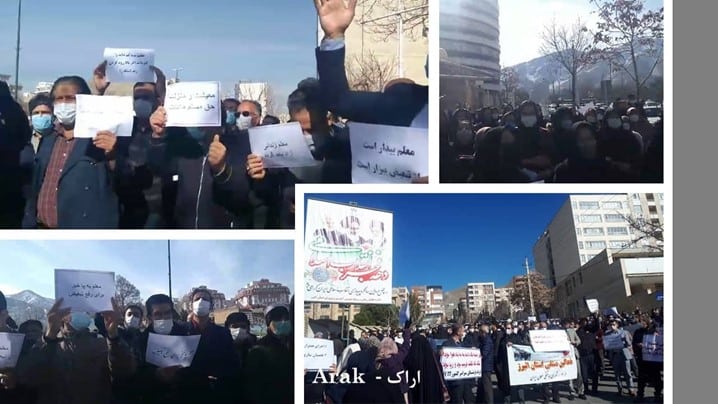 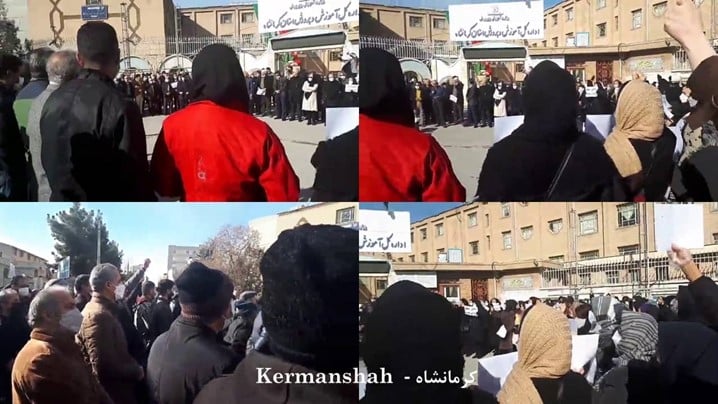 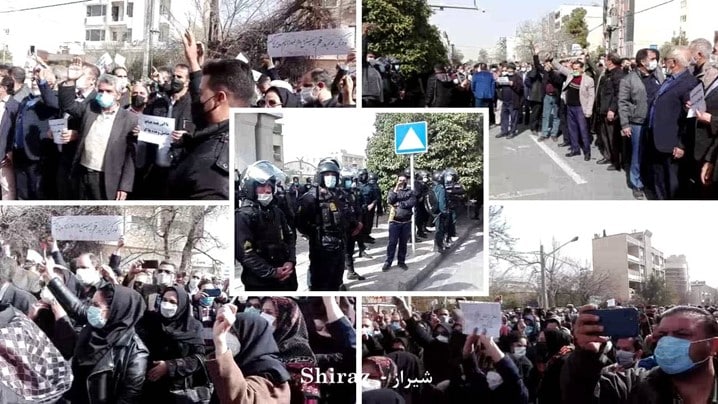 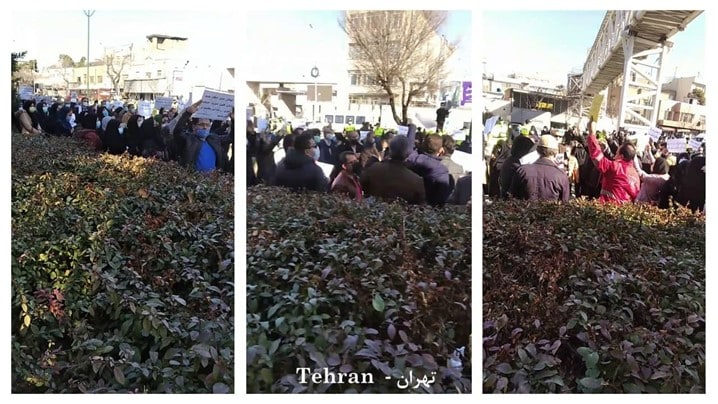