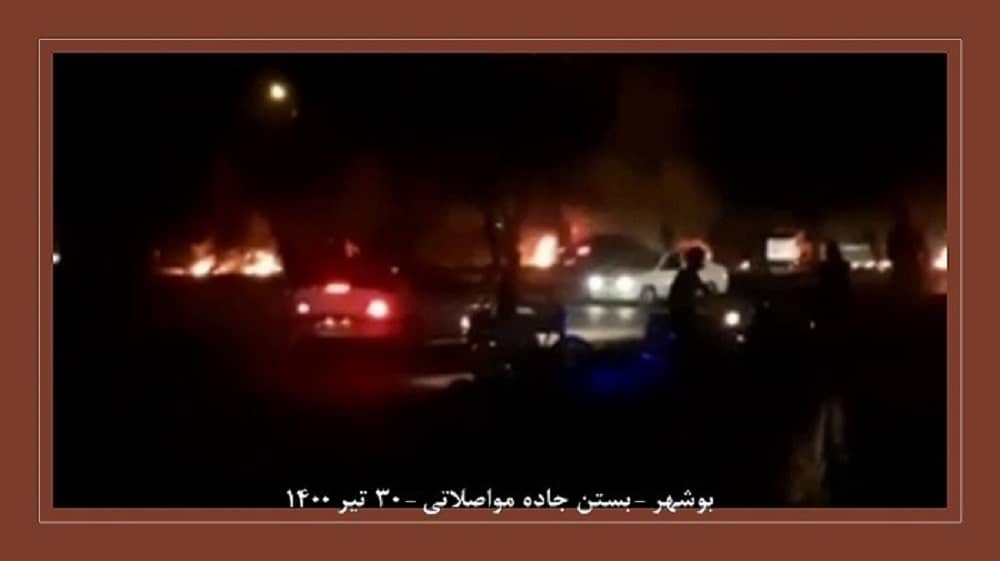 Protesters in seven provinces rallied in solidarity with the Khuzestan uprising

On Wednesday night, July 21, Ahvaz, Susangerd, Masjed Soleyman, Mahshahr, Shadegan, Izeh, Shooshtar, Dezful, Shush Daniel, Elahi, Khowr-e Musa, Behbahan, Mollasani, and Darkhovin witnessed mass protests and demonstrations. The regime’s repressive measures, such as sending IRGC thugs from other areas to Khuzestan, including 30 percent of Khorramabad’s special forces, special units and plainclothes agents, water cannons, tear gas and pepper spray, and finally opening firing on demonstrators and cutting off the Internet, failed to prevent the youths and protesters, outraged by four decades of the mullahs’ crimes and plunder, from rising up.

Last night, there were severe clashes and skirmish between the suppressive forces and the rebellious youth in Izeh. Dozens of protesters were wounded when the regime forces opened fire. To prevent the wounded from being arrested, people did not take the wounded to the hospitals and treated them at home. Last night, in different parts of Ahvaz and Susangerd, fierce clashes continued between the State Security Force (SSF), special units, plainclothes agents, and the protesters.

Protesters chanted, “Death to the dictator,” “Tanks, guns, Khamenei die,” “People want regime change in Iran,” “Iranians die, but they will not accept humiliation,” “Shame on you Khamenei, let go with the power” and “Bakhtiari and Arabs, let’s unite.” Defiant youths blocked the entrance of the cities by burning tires and erecting barricades before the demonstrations began to prevent repressive forces from coming in.

In solidarity with the Khuzestan uprising, last night demonstrations and rallies were held in Tehran, Yazdanshahr (Isfahan), Mahdasht (Karaj), Rasht, Bushehr, Bandar Ganaveh, Jarrahi, and Lordegan, during which people chanted “Khuzestan is not alone.” In the city of Chamran, demonstrators set fire to an SSF kiosk.