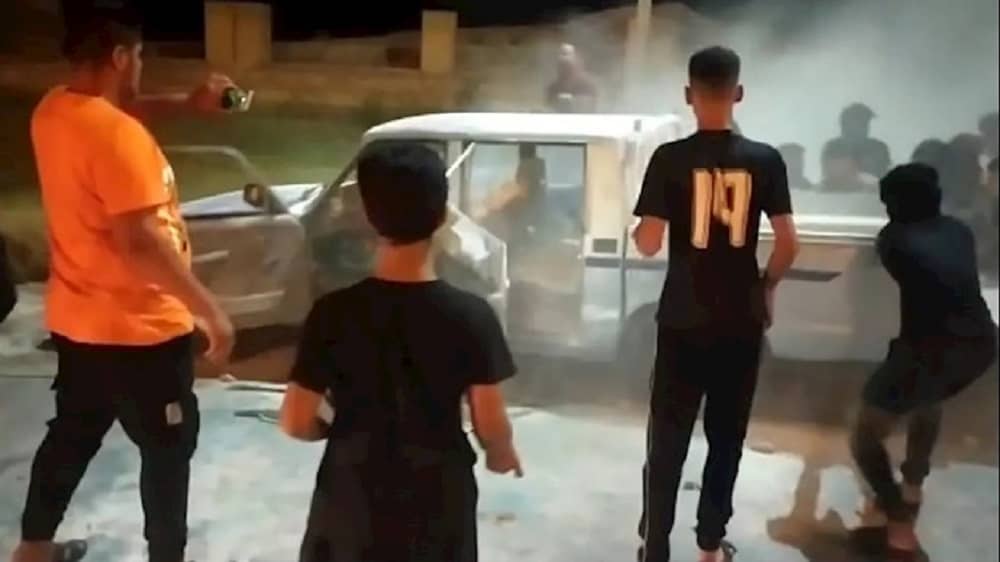 Protests in Khuzestan to water shortages entered their seventh day on Wednesday. As the crisis persists in Khuzestan, protests continue to spread across Iran, underlining how people consider the regime their only problem.

On Wednesday night, locals in Yazdan Shahr, Isfahan, central Iran, held protest rallies in solidarity with their risen compatriots in Khuzestan. They chanted “Khuzestan, we support you,” and “Death to Khamenei,” the regime’s supreme leader.

Also, in Khuzestan protests intensified on Wednesday, despite the regime’s oppressive measures. People chanted “death to Khamenei” and “death to the dictator” and clashed with security forces. The regime had dispatched a large contingent of security forces to Khuzestan in the previous days, yet it could not control protests. Locals in Masjed Soleiman in Khuzestan also joined these protests. They poured on streets on Wednesday, chanting “unity, unity, Bakhtiary, and Arabs,” thus underlining their support of their Iranian-Arab compatriots in Khuzestan.

The protests in Izeh and Susangerd were far more intensified than in other cities. People skirmished with security forces despite being shot at point-blank range. Locals in Susangerd held their protests rallies for the 6th consecutive day. The defiant youth in Susangerd were chanting, “We know you confront us with bullet and gun, but dying for freedom is our wish.” They forced the regime’s security forces to retreat from many parts of the country.

The protests in Izeh and Susangerd were a turning point in the recent protests in Khuzestan.

According to reports obtained by the Iranian opposition, the regime has been using motorcades, teargas, and pepper spray to disperse the crowds. In many areas, the security forces have opened fire on the protesters. But none of these measures have suppressed the voice of protesters, who have no other means to meet their demands.

The protests in Khuzestan had several important stages. These protests were merely against the water shortages and the regime’s mismanagement without any anti-regime slogans in the first three days. Soon, these protests were intensified, with people no longer demanding just water but chanting slogans such as “death to Khamenei” and “death to the dictator.” Then, despite the regime’s oppressive measures and the dispatch of many security forces, protests continued. The presence of the regime’s security forces intensified protests, with people clashing with them.

The protest soon encompassed Khuzestan province and spread to other provinces, such as Lorestan, Tehran, Isfahan, and Karaj. These ongoing protests and their trend of intensification in the last seven days showed the political situation in Iran is irreversible.

These stages show that the Iranian society is a powder keg, and the regime’s oppressive measures would no longer work. The recent protests show that Iran’s society is rapidly moving toward another major uprising, much larger than the major Iran protests in November 2019, which rattled the regime’s foundations.

These ongoing protests have also terrified the regime, and this fear could be seen in recent articles by Iran’s state media. They have underlined the regime’s oppressive measures no longer work.

“If authorities resort to the short-term oppressive solution to address protests in Khuzestan, rather than resolving people’s many problems, these bitter events [protests] will be repeated again and again,” the state-run Arman daily warned officials on Tuesday.