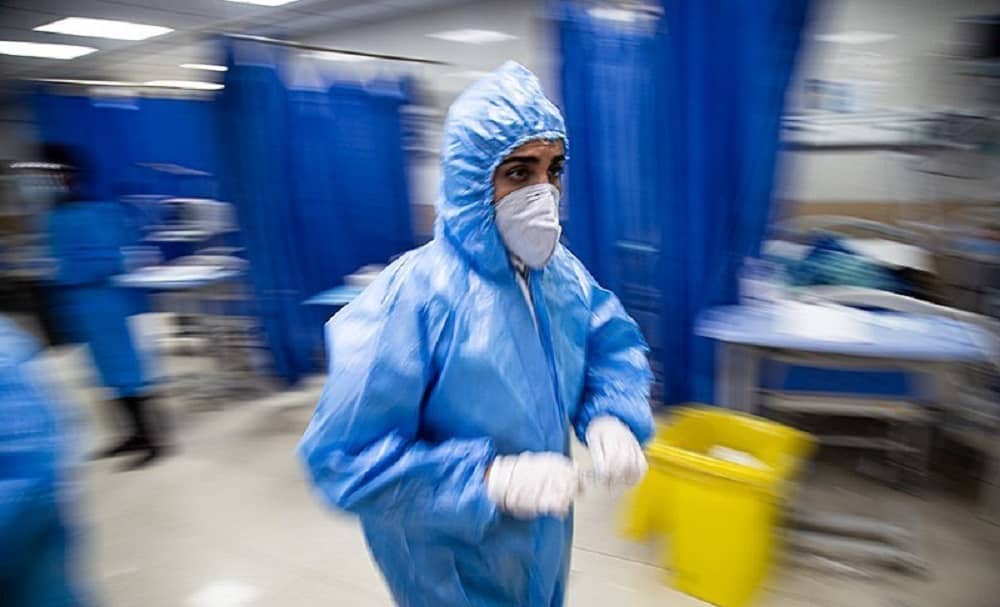 According to the Health Ministry’s engineered statistics on Wednesday, Iran had set a new record for new cases in the midst of an outbreak that regime officials have described as a “fifth wave.” Positive tests increased 28,000, bringing the official total death toll to 87, 837.

This is a drastic underestimate, as the People’s Mojahedin Organization of Iran (PMOI/MEK) reported on Wednesday that the real figure was nearly four times higher, at 334,000.

The regime’s officials have little choice other than to acknowledge that the situation is poised to get worse. The official estimate of new deaths is far from the highest the Health Ministry has recorded. During an earlier surge of infections, the maximum official daily death toll was greater than 400. But considering that the current infection rate is greater than the rate at that time, it stands to reason that the death rate will surge to even higher levels.

This outcome appears even more likely in light of the information contained in the MEK’s reporting. The MEK maintains an expansive intelligence network inside Iran and has gleaned information from direct interviews and from various Iranian media outlets throughout the course of the pandemic. This information often includes the testimony of Iranian medical professionals, who generally describe a situation that is much drier than the regime’s statistics seem to indicate.

“We have dozens of calls every day looking for an empty bed,” said a representative of one Tehran hospital who was quoted in one of the MEK’s latest reports. “Sometimes to keep the patient in the emergency room, they use a blanket on the floor.” Other medical professionals indicated that in some regions the death rate increased by a factor of four over 24 hours, while in others a steady increase in both infections and deaths was anticipated to last at least the next two weeks.

It is curious, then, that regime authorities announced on Tuesday that Tehran and neighboring Alborz Provinces would go into lockdown for only several days. The decision arguably demonstrates awareness of how serious the current situation is, yet fails to demonstrate a similar awareness of what is needed in order to stop it. On the other hand, Tehran is generally aware of what is needed but has deliberately avoided implementing appropriate measures or committing to them for a sufficient span of time.

The regime’s Supreme Leader Ali Khamenei has refused to make available any of the hundreds of billions of dollars in financial resources that he personally controls. These funds could have aided the impoverished Iranian people in surviving lockdowns for as long as was needed to flatten the curve. But their release would have also abutted against Khamenei’s socio-political priorities, which included the promotion of Iran’s previous calendar year as the “year of boosting production.”

Yet, the recent closures are driven by other factors. The lockdown announcement comes just days after the outbreak of protests over water shortages – protests that are mainly taking place in Khuzestan but have spread to any of the 28 million Iranians who are estimated to be affected by the shortages across almost all of the country’s provinces.

Those demonstrations also followed and to some extent overlapped mass protests over blackouts that occurred in many regions. In both cases, the issues at hand were largely attributed to the regime activity including the unregulated damming of waterways and the use of energy-intensive bitcoin mining to circumvent US sanctions. For this reason, a number of the blackout protests featured chants of “death to the Islamic Republic,” thus expanding upon the message of earlier uprisings that spread across the entire country in each of the previous three years.

Iran’s disastrous response to the Covid-19 pandemic was deliberate because the outbreaks emerged in the immediate aftermath of those protests. Tehran’s first public acknowledgment of the pandemic also closely coincided with a parliamentary election that the majority of the Iranian population boycotted in accordance with appeals by PMOI activists that they “vote for regime change.”

In a speech, Khamenei suggested that the pandemic would turn out to be a “blessing.” And from the regime’s perspective, it may have been just that since the threat to public health seemed to do what threats of government reprisal could not.

In response to the largest of the nationwide uprisings in November 2019, Iranian authorities opened fire on crowds of protesters, killing 1,500 before beginning a months-long campaign of torture aimed at supporters of the demonstration. Yet only two months later, residents of more than a dozen provinces resumed large-scale demonstrations after it was revealed that authorities had attempted to cover up a missile strike that brought down a commercial airliner near Tehran.

Despite this defiance of government repression, the nationwide protest movement remained relatively silent for the rest of 2020 but began to show signs of reemerging in early 2021.

Tehran’s anxiety over this prospect was no doubt amplified earlier in July when the Iranian Resistance held a globally live-streamed event to promote the efforts of Iranian pro-democracy activists and to encourage more assertive Western policies aimed at supporting them. The Free Iran World Summit touched upon the mishandling of the Covid-19 response amidst its emphasis on human rights abuses, economic downturns, and a laundry list of grievances that might contribute to what the opposition president, Mrs. Rajavi referred to as the intensification of “hostility and enmity between the Iranian regime and society.”

To the extent that the blackout and water shortage protests evoke the beginnings of that intensification, Khamenei and presumably keen to forestall their growth without drawing greater international attention by resorting to violent crackdowns. The authorities may also believe that a short-term lockdown order will help to disrupt at least some of the current unrest without seriously impeding efforts to “boost production” by keeping Iranians engaged in whatever little commercial activity they can find. But the trend of protests shows that this strategy is doomed to fail.

Previous articleProtests in Khuzestan Foretell Another Nationwide Iran Protests
Next articleIran: To Prevent the Transport of the Repressive Forces, Defiant Youths Block Roads