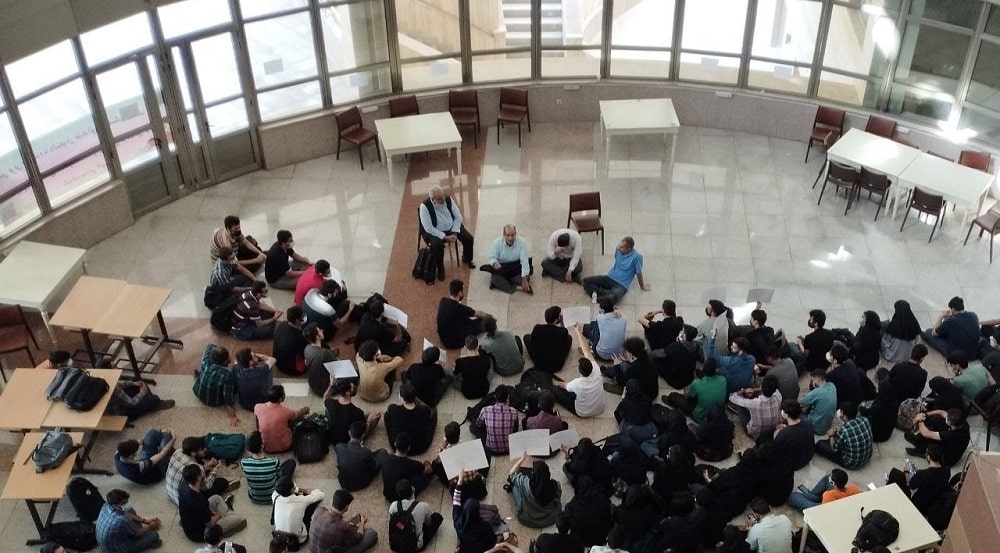 Marking the 19th day of the Iranian people’s nationwide uprising, protests, and strikes, especially by students, continued Tuesday in Tehran and various cities across the country.

In several schools in the capital Tehran, students protested by chanting “Death to the dictator!” The students of Karaj, a city west of Tehran, chanted “I will kill whoever killed my sister!” “Imprisoned college students must be released!” and “Death to the Basiji,” referring to the Revolutionary Guards (IRGC) parliamentary forces. Students in Shiraz, a city in south-central Iran, took to the streets chanting “This year is a year of sacrifice. Seyyed Ali (Khamenei) will be overthrown!” “Shame on you!” and “Basiji get lost!”

Female students in Saqqez, a city in western Iran, protested by chanting “Have no fear, we are all together!” and “Death to the dictator!” Some of them were arrested. In Marivan, a city in western Iran, students joined the nationwide uprising and demonstrated in the streets, and people also expressed their solidarity with them by honking their car horns. In Mashhad, a city in northeast Iran, female high school students protested and chanted “Mullahs must get lost!”

High school teachers in cities of Kurdistan Province, such as Sanandaj and Saqqez, went on strike to release their detained colleagues.

In continuation of their protests, students in the Imam Reza University of Mashhad voiced their solidarity with Sharif University students. Students at Ferdowsi University held a protest gathering where they chanted “Justice – Freedom – Optional Hijab!” The medical students of Gilan University in the city of Rasht protested and carried placards reading, among other things, “Freedom is our right!” and “Imprisoned college students must be released!” They also held a pamphlet reading “Ambulances are for transporting patients,” referring to the use of ambulances by regime authorities to transport suppressive forces to crackdown, arrest, and kill protesters.

In a bid to intimidate the families of students and prevent students strike and protests, the regime’s security agents in universities are calling the students’ families, threatening them to stop their children’s activities.

Following last Friday’s killing of worshipers in Zahedan, a city in southeast Iran, many shops are closed, and they are still on strike.

Shop owners on Taleghani Street in the city of Isfahan in central Iran went on strike and closed their stores.

Farmers of Khorasgan, a city in Isfahan Province, joined the nationwide uprising and took to the streets today. “Raisi is a liar! Where is our Zayandeh Rud?” they chanted, referring to their local Zayandeh Rud river, which is dried out. They also chanted “With God’s help, victory is near! Down with this deceptive government!”