IRAN: The Fifth Day of Strike of Bazaar Merchants of Tehran 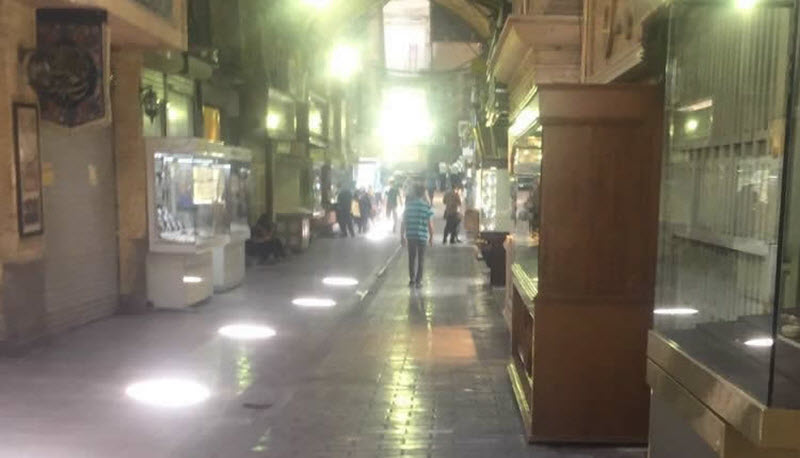 On Thursday morning, Hossein Ashtari, the criminal chief of police, went to the Bazaar in fear of the spread of this protest movement and in order to control the situation. Severe security measures are taken in Jomhouri and Laleh Zar avenues and Sirous intersection. There are a large number of plainclothes criminals among the anti-riot guards. Several groups of suppressive forces moved toward the Bazaar. They are very watchful about taking films and using mobile phones.

The strike continues as anti-riot guards and plainclothes criminals and other suppressive forces tried to prevent the continuation of the strike and protests by burning the property of the merchants and other people’s motorcycles and also beating the youths and arresting a large number of the protesters.

Sadegh Larijani, the head of the judiciary, and Jafari Dolatabadi, the criminal prosecutor of Tehran, threatened the perpetrators of the “riots” of Tehran and “the disrupters in the economic system” with decisive attitude and execution.

On Tuesday and Wednesday, hundreds of relatives of detainees gathered in front of Evin Prison to demand the release of their children and relatives. The regime’s officials consistently deny the presence of these people in prisons and refuse to answer.

Secretariat of the National Council of Resistance of Iran
June 28, 2018