Iran: The Tenth Day of the Nationwide Uprising, Night Demonstrations, and Clashes in Big Cities Between Youth and Repressive Forces 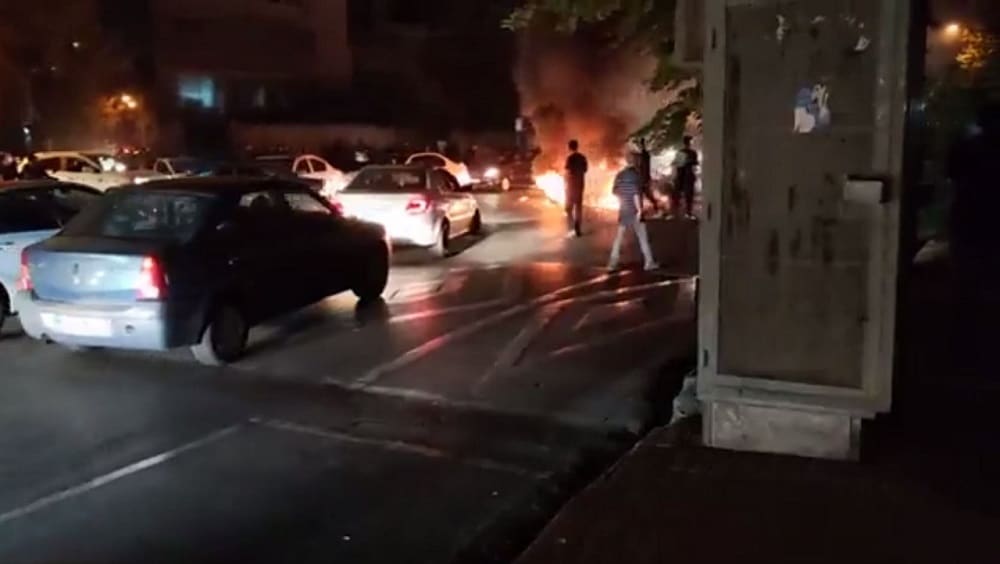 Despite the security forces’ onslaught and brutal repression, demonstrations and clashes continued in many cities on the 10th day of the nationwide uprising, especially Tehran and other big cities such as Tabriz, Shiraz, Mashhad, Isfahan, Rasht, and Karaj.

On the evening of September 25, in Tehran, at least in 10 districts, including Narmak, Sadeghieh, Hafthauz, Ekbatan, Sattar Khan, and Shariati Highway, rebellious youth confronted a large number of Revolutionary guards and forced them to flee. Demonstrators chanted, “Death to Khamenei, death to the dictator,” “Death to Basiji, have no fear, we are all together,” “Nobel Iranians, support, support,” and “We will fight, we will die, and we will take back Iran.”

In Tabriz, in their night demonstrations, the rebellious youths chanted, “No to Shah, no to Mullahs, People, People.”

To prevent demonstrations in Karaj, the regime’s agents cut off the electricity in many areas of the city, but the youths continued their protests.