Iran: The Nationwide Uprising Spreads to 146 Cities in 31 Provinces 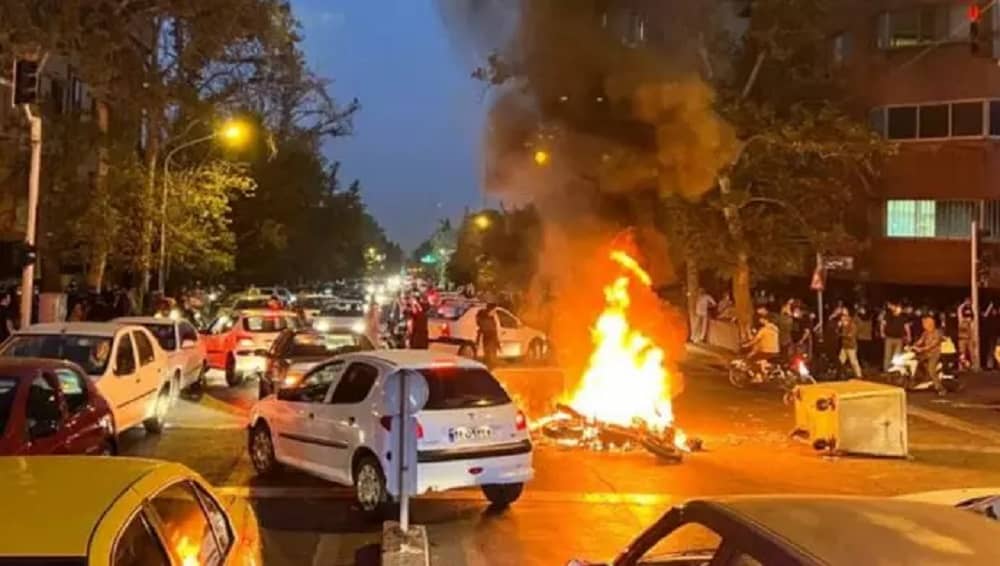 Night demonstrations in dozens of districts in Tehran, resistance, and clashes with the repressive forces

Last night, despite the brutal crackdown by the Revolutionary Guards, State Security Forces (SSF), the intelligence and plainclothes agents, demonstrations, and confrontations continued in Tehran and in many other cities and spread to 146 cities. The main slogans by the protesters were “Death to the dictator,” “Death to Khamenei,” “Mojtaba (son of Ali Khamenei) will go to the grave before becoming the leader,” “Death to the oppressor, be it the Shah or the Leader (Khamenei),” “This year is a year of sacrifice. Seyyed Ali (Khamenei) will be overthrown,” and “We will fight, we will die, we will take back Iran.”

Night demonstrations took place in dozens of districts in Tehran, including Aryashahr, Narmak, Sattar Khan, Vali Asr Square, Sadeghieh, Sadeghieh Metro, and Tehran Pars. In all these areas, the demonstrators confronted the repressive forces who shot directly at the people.

In Shahr-e-Rey, rebellious youth fought back the IRGC attack on their night demonstrations and attacked the base of the so-called Seyed al-Shohada 10th Corp, on Neynava street. Guards could only prevent the capture of the base by firing live ammunition and injuring the demonstrators.

In many cities, during the confrontation with the repressive forces, the youth set fire to motorcycles, vehicles, and banks belonging to the Islamic Revolutionary Guard Corps and punished the aggressive forces.

Previous article
The People’s Mojahedin Organization of Iran (PMOI/MEK) Published 23 More Names of Martyrs of the Iranian People’s Nationwide Uprising
Next article
Iran: The Tenth Day of the Nationwide Uprising, Night Demonstrations, and Clashes in Big Cities Between Youth and Repressive Forces