Iran: Third Week of Oil-Workers Strike in 23 Cities in 12 Provinces 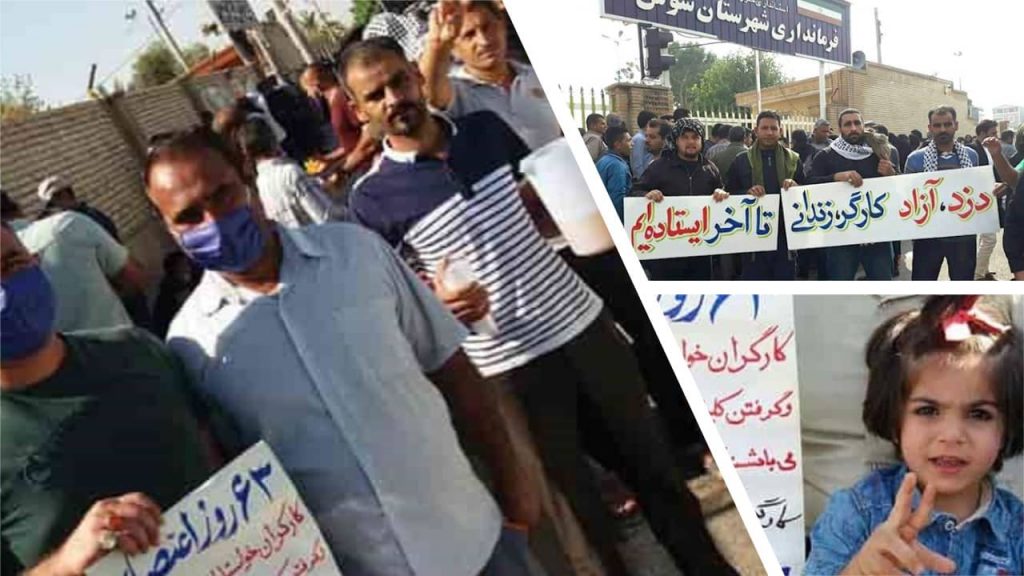 Protests by pensioners in various cities

Yesterday, August 15, the strike by oil, gas and petrochemical workers and employees entered its third week. The protests are taking place in 23 cities in 12 provinces of Iran.

In recent days, officials, and contractors, affiliated with IRGC and other regime agencies, have attempted to get some workers back to work by making hollow promises, including the partial payment of their wages, to break the nationwide strike. But the workers, maintaining unity and solidarity in 54 oil, gas and petrochemical facilities, insisted on continuing the strike until all their demands were met fully.

Also, yesterday, August 15, groups of retirees gathered outside the Social Security Organizations in 12 provincial capitals (Tehran, Isfahan, Ahvaz, Tabriz, Rasht, Karaj, Mashhad, Sari, Sanandaj, Kermanshah, Bojnurd and Ilam). They protested over their dire living conditions, calling for an end to discrimination against them and stated that government policies have made the poor even poorer and the rich even richer.

At the same time, workers at the Haft Tappeh sugarcane industrial complex staged out their 62nd day of strike in Shush. Hepco workers in the city of Arak have also continued their protests, demanding months of unpaid wages and the start of production at the industrial complex, which was shut down after being handed over to individuals affiliated with the regime under cover of privatization.

In addition, the strike and protests by the railway workers, which began on August 14, continued in Tehran, Mashhad, Karaj, Shahrud, and Andimeshk.