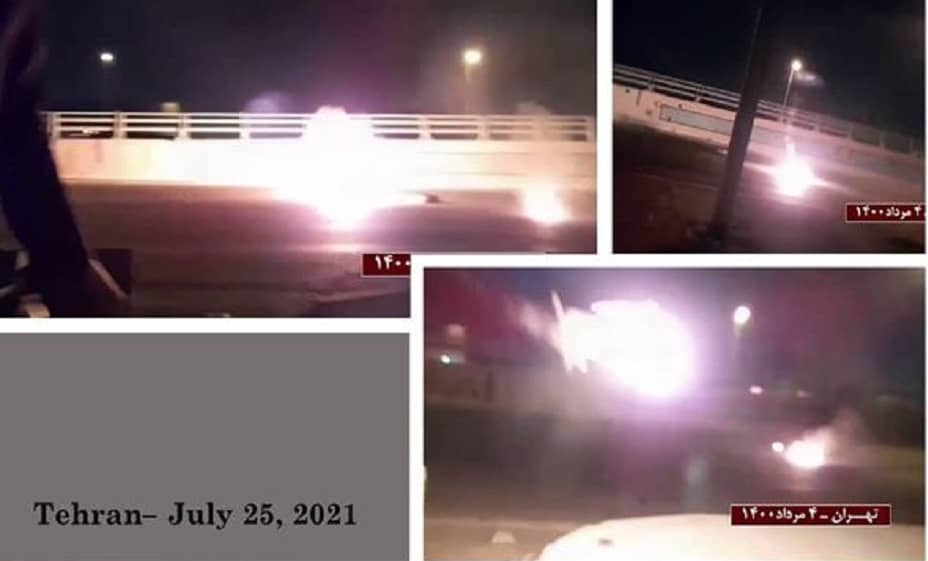 Last night, on the 11th night of the uprising, the defiant youths and supporters of the Mojahedin-e Khalq (MEK/PMOI) blocked the transit routes in 12 cities across the country, which were used for reinforcement of the repressive forces.

The action was in response to the call by Massoud Rajavi, the Leader of the Iranian Resistance, resulting in the closure of transit highways in Tehran (Persian Gulf Highway), Kazerun (Shiraz-Kazerun highway), Bushehr (Bushehr-Asaluyeh highway), Bandar Abbas, Karaj (old Karaj highway), Rudsar (Rudsar-Ramsar highway), Behbahan, Eslamshahr (main highway of Eslamshahr), Lordegan (in two locations, the Ahvaz-Lordegan highway, and also in one of the highways in the middle of the city), Iranshahr (Iranshahr-Saravan highway), Qeshm (Qeshm-Hengam highway), and Lahijan (Lahijan highway to the sea).

Secretariat of the National Council of Resistance of Iran (NCRI)
July 26, 2021 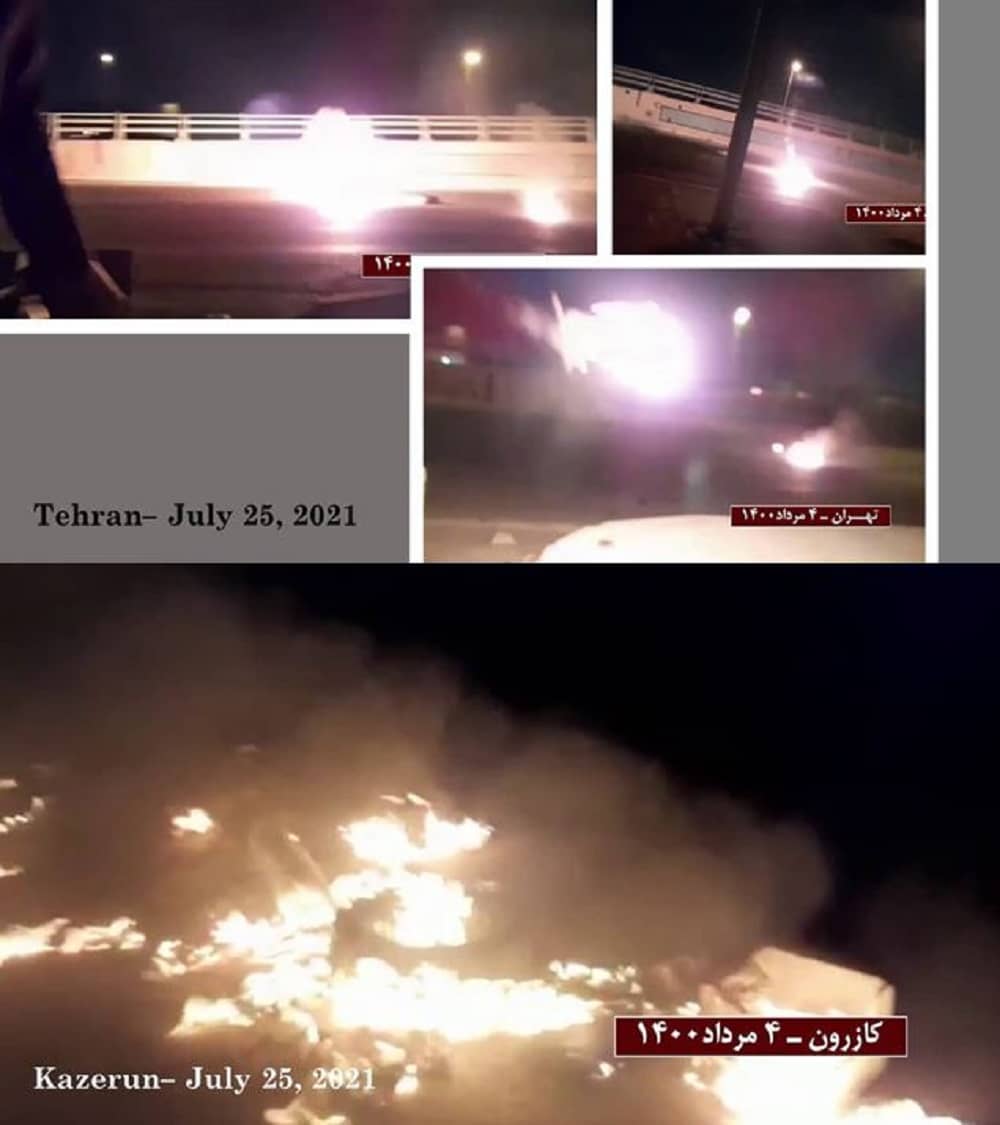 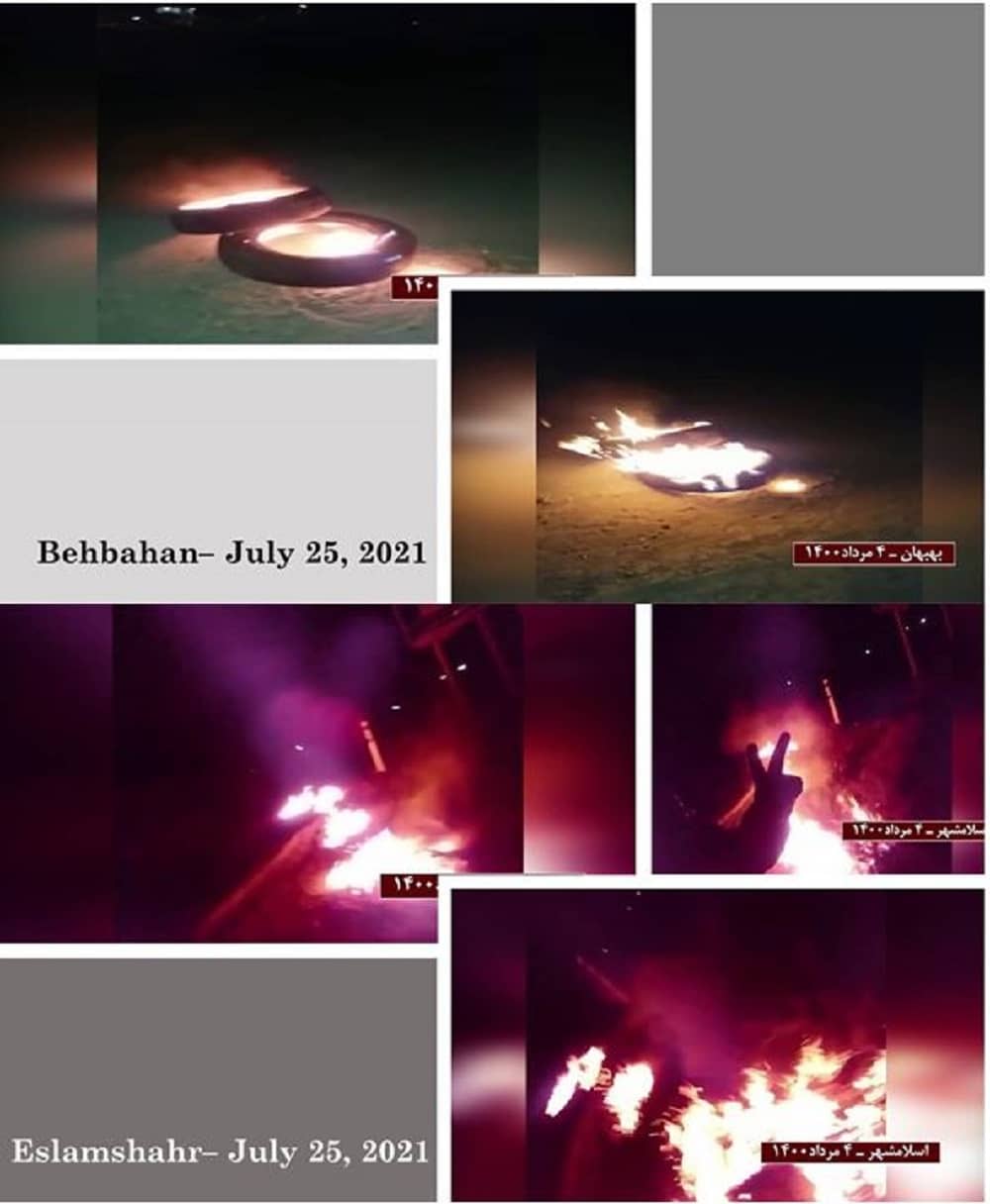 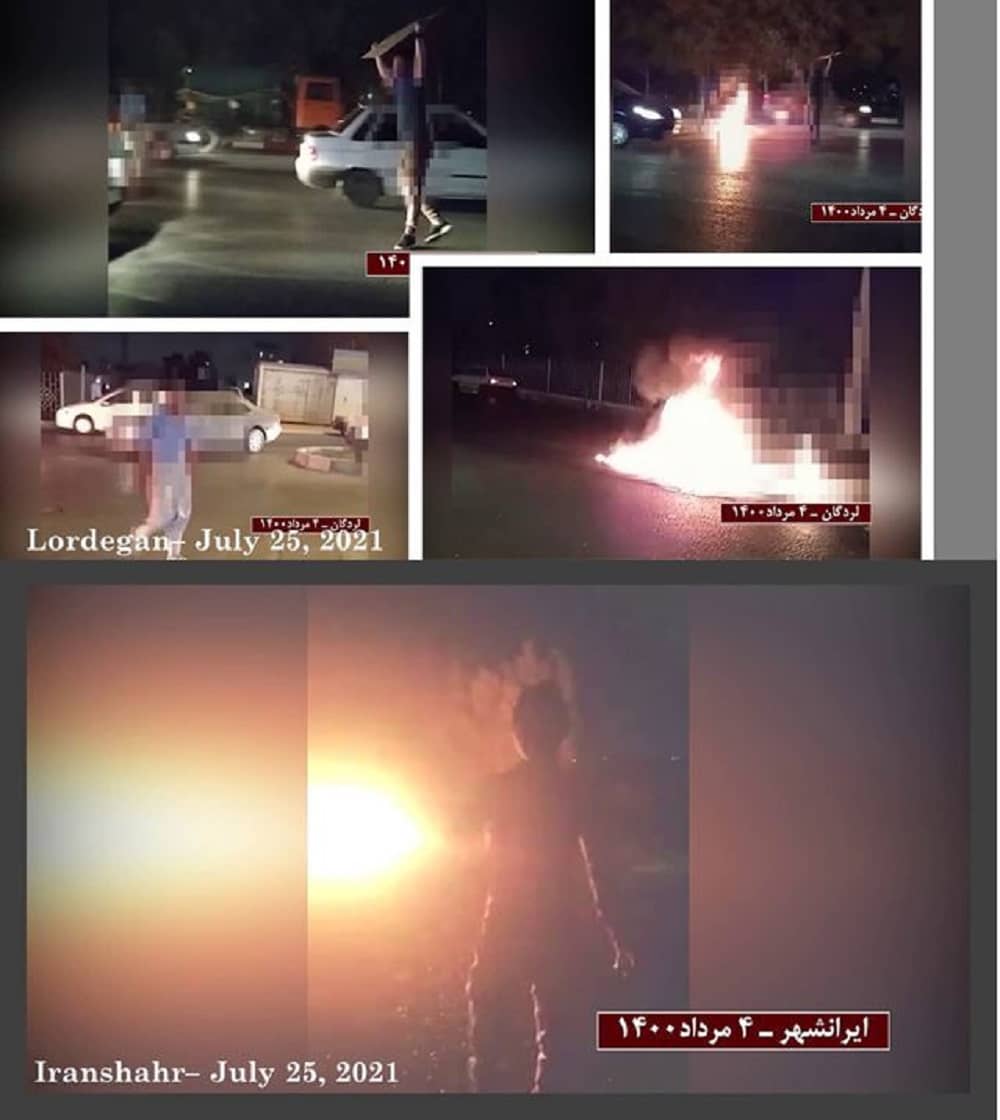 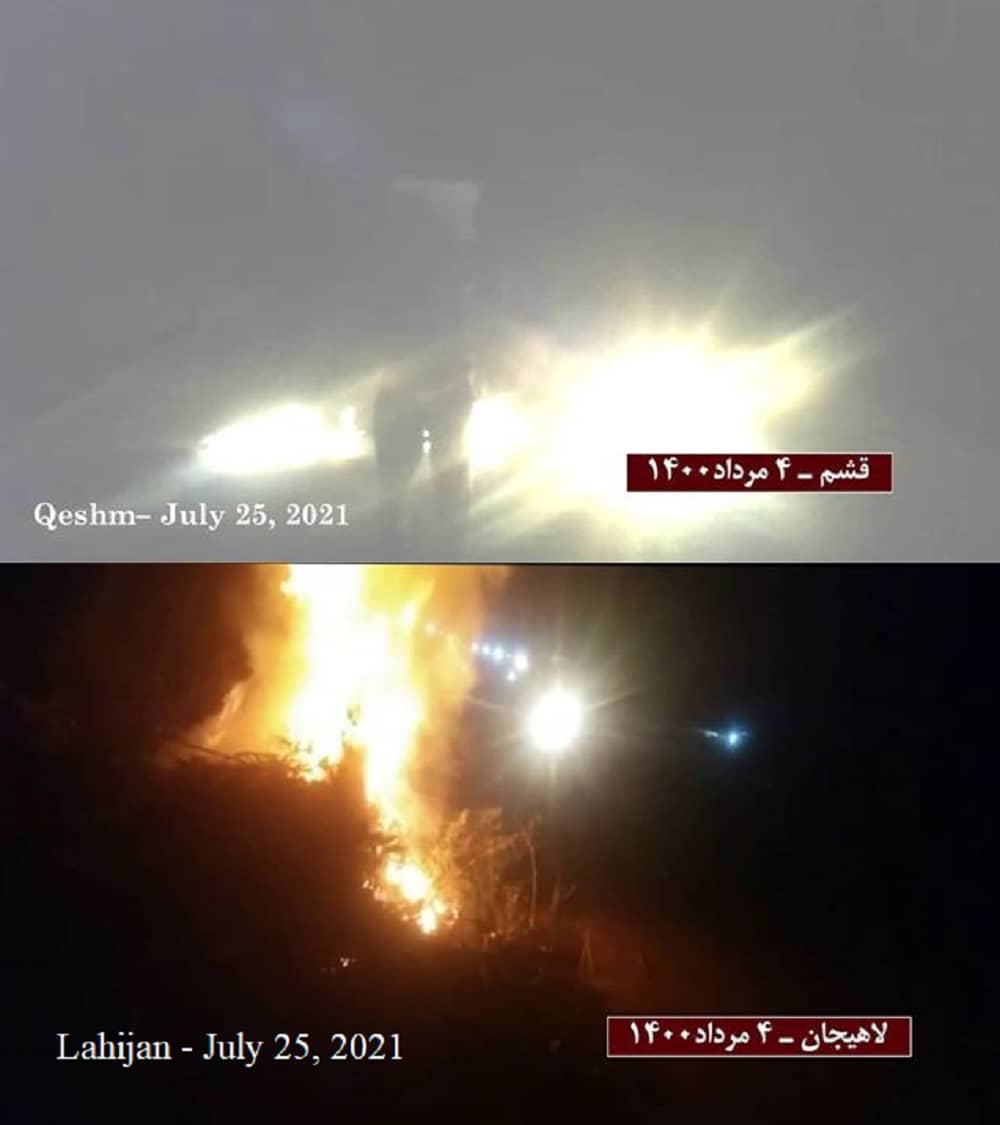