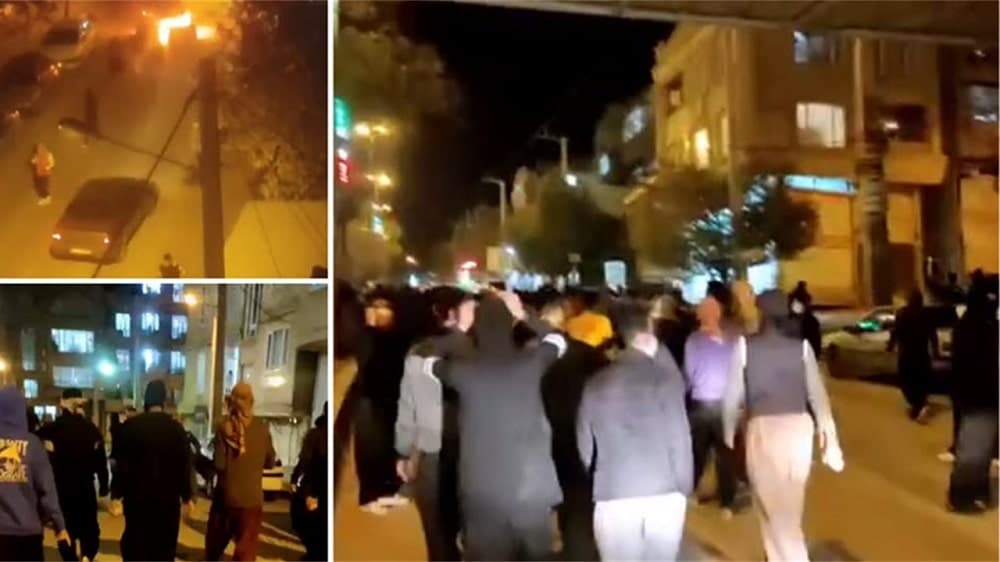 Curfew and widespread arrests in Mahabad and people’s heroic resistance

On Sunday, November 20, on the 66th day of the uprising, the heroic people of Mahabad continue their confrontation against the brutal attack of the regime’s repressive forces. Following the dispatch of military forces, IRGC, and mercenaries to suppress the people and courageous youths of Mahabad last night and continuous shooting in the streets and at the people’s houses, today, the rebellion city of Mahabad continued its protests and strikes like the previous days. Thousands of people took to the streets again while the regime’s helicopters were flying over the city. Last night, the regime’s criminal agents extensively damaged and destroyed people’s shops and houses and caused a lot of harm to people.

Terrified by the uprising of the brave people of Mahabad, the regime started mass arrests of the people and youths of the city last night. The state-run website Raja News wrote on November 29: “Last night, the security forces entered this area, monitored, identified and arrested the leaders and the main groups of rioters. … Most of the elements and agents involved in riots and demonstrations during the past days have been arrested.”

November 20 – Mahabad, northwest #Iran
Locals are holding their ground and continuing the nationwide protests against the mullahs on the 66th night of the uprising despite regime's brutal crackdown measures.#IranRevolution2022#مهاباد_قهرمان pic.twitter.com/vFgANlbtpL

In connection with the criminal attack of the mullahs’ regime on Mahabad, Mrs. Maryam Rajavi, the President-elect of the National Council of Resistance of Iran (NCRI), urged the UN Security Council and the European Union and its member states to take immediate and effective action to stop the killing of the people, including comprehensive political and economic sanctions, the listing of the IRGC and the regime’s Ministry of Intelligence, and expulsion of their agents and mercenaries from their countries. She added that the regime, being unable to end the uprising after two months of suppression, has resorted to military action by attacking people with machine guns, armored vehicles, and helicopters. Inaction in the face of crimes against humanity and war crimes by the terrorist and warmongering regime of mullahs has not only trampled human rights values but has endangered peace and security in the region and the world.

I urge the UNSC, EU, to take immediate measures to stop the ruling regime’s massacre of the people of #Mahabad, including comprehensive political – economic sanctions, blacklisting of IRGC and MOIS, & expulsion of their operatives and agents.pic.twitter.com/eaDNtnu1zh

November 20 – Sardasht, northwest #Iran
Locals continuing the nationwide protests against the regime on the 66th night of the uprising.#IranRevolution2022#مهاباد_تنها_نیست pic.twitter.com/mYpZ0lA92u