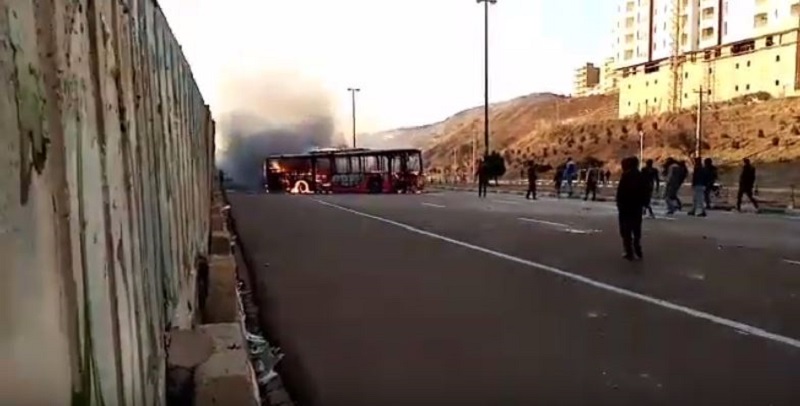 In Qods Township in Tehran, the local authority, and several banks and government offices were set on fire. Security forces are on high alert and stressed.

The angry people of Soltanabad burned down the city hall and a state-owned bank and shut down the Saveh-Soltanabad road. Mellat Bank was set on fire in Kashani Street in Mallard.

The people in Shiraz torched the Goldasht Moaliabad police precinct. They dumped the cement load of a truck on the highway leading to Shiraz and closed down the traffic artery.

In Sanandaj, the people chanted, “Don’t fear, we are all together,” and protested against the regime. In Tabriz, widespread clashes have erupted between insurgent youth and suppressive forces.

Previous article
Iran Protests And Uprising Spreads to 65 Cities, 25 Provinces
Next article
Open Letter by Lord Clarke of Hampstead to BBC for Repeating Iran Regime’s Fabrications Against the MEK