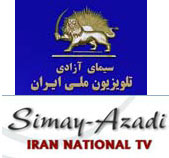 NCRI – In fear of growing waves of uprising and change in Iran, especially after the call by the Iranian Resistance on January 29, 2011, to popular uprising and protest in February, the mullahs’ regime started since last night jamming of one of the broadcasting satellites of the INTV.

Jamming satellite programs, which is in violation to many international laws and covenants, is taking place at a time that continuous raids of the IRGC and Bassij agents on the people’s houses to seize satellite dishes have gone futile and have failed to prevent growing popular reception of the INTV programs by various walks of the Iranian society. According to the regime’s authorities, 40 percent of the houses watch INTV.

The Iranian Resistance draws the attention of the UN Secretary General, the Security Council and the UN relevant bodies, as well as the European Union and the United States  to the ‘satellite terrorism’ of the Iranian regime. It also urges them to make effective and bounding decisions against the religious fascism ruling Iran for this flagrant aggression against the world community and to prevent the regime from continuing this law breaking.

Secretariat of the National Council of Resistance of Iran
February 14, 2011