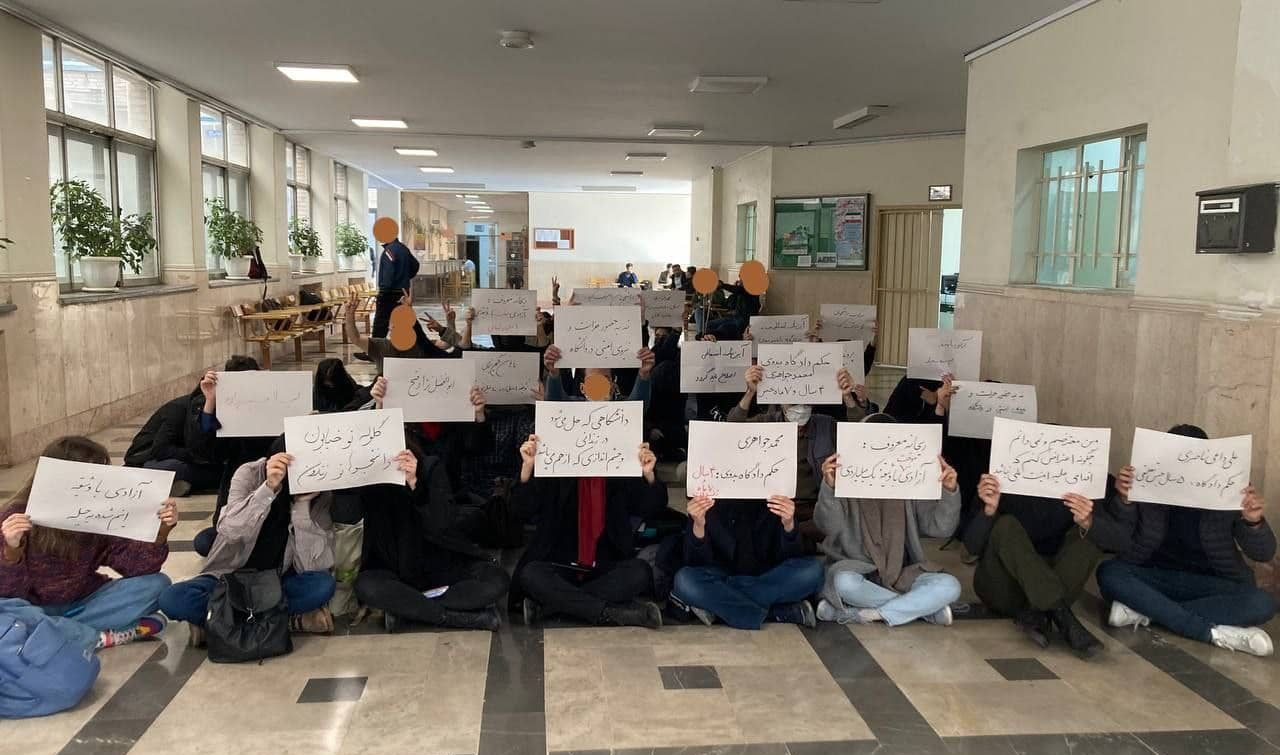 Nationwide uprising, protests in Tehran, Zahedan and other cities

On Friday, December 2, marking the 78th day of the uprising, protests of the people of Zahedan (southwestern Iran) started at noon and spread to different parts of the city. By setting fire to tires opposite the Sar-Jangal police station, the youths blocked the entrance and exit paths of the regime’s security forces. They also took control of the street by lighting fire in the Kausar area. The regime’s agents shot and threw tear gas at the protesters on Moddarres Street in Zahedan. They also shot at locals in the city of Taftan (Sistan and Baluchistan province). On Friday evening, youths in different areas of Zahedan staged nightly protests and put barricades on the roads by lighting fires.

Tehran residents in Ekbatan neighborhood started a protest rally on Friday night and chanted anti-government slogans and lit fires. In Jannat-Abad, Tehran, people chanted “death to the dictator” (referring to the regime’s Supreme Leader Ali Khamenei) from the buildings and held nightly protests. In Bandar Abbas (southern Iran), the youth rallied chanting, “This year is the year of sacrifice; Seyed Ali (Khamenei) will be overthrown,” “Death to Khamenei and Basiji”, and “IRGC, Basijs, you are the same as ISIS”. In Meshkin Shahr, locals closed Ahar Road by lighting fire. People in Qorveh held their protest rallies with anti-government slogans.

Locals in Izeh (Khuzistan province), locals paid homage to Hamed Selahshuri on his third day of martyrdom on Friday, in Izeh by chanting “Death to Khamenei,” ” Shame on Khamenei, let go of the country,” ” This year is the year of sacrifice, Seyed Ali (Khamenei) will be overthrown,” and “We are a great nation, we shall not give in to humiliation”. Hamed Selahshuri,22, had been arrested on November 26 and, after being brutally tortured, died in prison on November 30. Security forces buried his body secretly, but Hamed’s family moved his corpse to his hometown in Izeh and buried him in a local cemetery. Hamed’s body showed signs of severe torture; his face was disfigured, and his bones were broken.

The ceremony on the occasion of the third day of Mehran Samak’s martyrdom who was shot dead in Bandar Anzali turned into a fervent anti-Khamenei protest. Participants chanted, “We shall fight, and we shall take Iran back,” and ” You are foul, you are immoral, I am a noble woman.”

On the morning of Wednesday, November 30, Farzin Maroufi, 22, was shot dead by security forces in Ekbatan, Tehran. Farzin had come to the street to join the cheerful celebration of the loss of what Iranians called “the regime’s team” in World Cup 2022 in Doha.

December 2 – Kermanshah, western #Iran
Truck drivers are on strike and continuing the nationwide protests against the regime on the 78th day of the uprising.#IranRevolution2022#اعتصابات_کامیونداران pic.twitter.com/XZa4MbLJa0