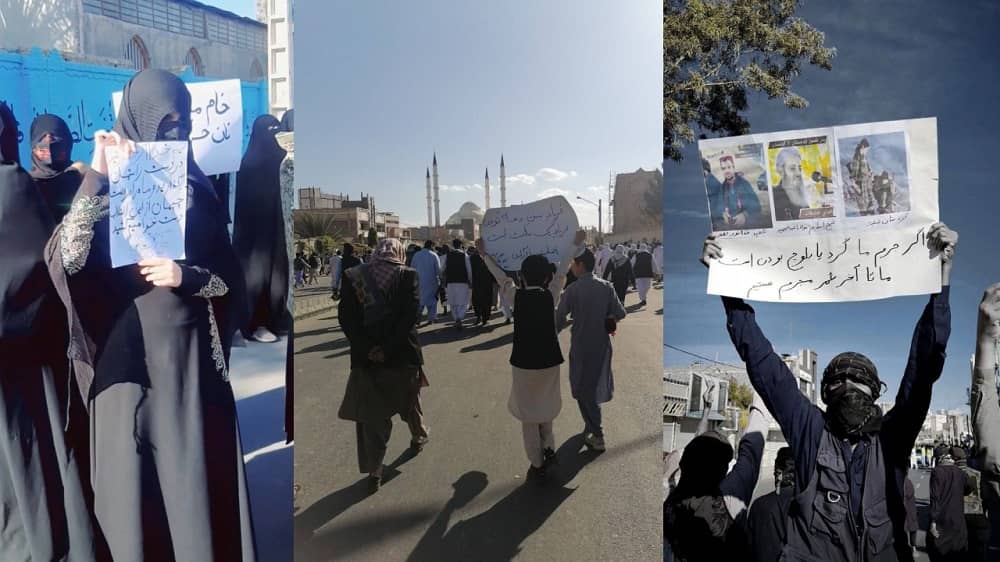 Iran Uprising at a Glance – Day 79

On Saturday morning, protesters in Tehran chanted anti-regime slogans in the city’s Tarbiat Modares University Metro Station, including “Death to the dictator!” and “Mullahs must get lost!”

In an intense escalation of defiant actions targeting the regime, on Saturday, protesters, and youth torched IRGC and Basij centers, symbols, billboards, and offices of parliament deputies in Tehran, Kermanshah, Hamedan, Yazd, Dezful, Ilam, Jiroft, and 21 other cities across the country with Molotov Cocktails.

Gorgan, northeast #Iran
Protesters set ablaze the offices of members of the regime's Majlis (parliament) in this city.#IranRevolution2022#مرگ_بر_ستمگر_چه_شاه_باشه_چه_رهبرpic.twitter.com/UGx8Yu9cqS

In the universities of Sanandaj Kurdistan and Karaj Kharazmi and the school of social sciences at Tehran University, students staged a sit-in and chanted anti-regime slogans.  In Haft Howz district in Narmak in the capital, protesters staged nightly protests, chanting, “for every one killed, a thousand will rise,” and “we pledge to the blood of our comrades, we will stand to the end.”

In Abdanan, families of those arrested gathered outside the local Judiciary office, seeking answers about the fate of their loved ones.

Simultaneous with the unrest across the country, truck drivers in many provinces and workers in various industrial sectors continued to strike. In Isfahan, farmers extended their protest gatherings against the regime’s policies and demanded answers to their long-raised issues regarding shortages of water for their farms.

Saturday’s protests came on the heels of a day of massive rallies in several cities of Sistan & Baluchistan province on Friday. Brave men and women, and many teenagers took to the streets in anti-regime protests, to chant, “Death to Khamenei!” “Death to the Basij/IRGC!” “With or without the hijab, onwards to overthrow!”

People throughout Iran are calling for a nationwide three-day campaign of escalated protests marking the country’s Student Day on December 7. The surge in anti-regime protests is scheduled to begin on December 5 and aims to deliver yet another blow to the entirety of the mullahs’ regime.

December 3 – Sanandaj, western #Iran
Kurdistan University students are boycotting their classes and continuing the nationwide protests against the regime on the 79th day of the uprising.#IranRevolution2022#مرگ_بر_ستمگر_چه_شاه_باشه_چه_رهبر pic.twitter.com/Oj4eXfwxNA 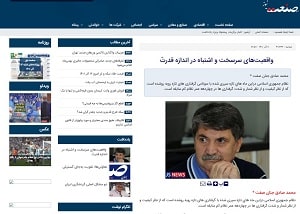 As the nationwide protests continue into their third months, more tightly controlled state media acknowledge the regime’s dire situation and what they consider a “bitter” future for the ruling theocracy.

“The Islamic Republic has been grappling with new tsunamis that are incomparable to any other crisis in the last four decades. Today, several strong factors menace the unity and strength of the main power institutions. Besides, there is a new relationship between people and the ruling political system,” wrote the state-run Jahan-e Sanat daily on December 3.

“Many Iranian women, if not all, are asking for some rights that the ruling system considers as its red lines. Iranian youth want to live their lives away from the government’s monitoring and proposals. Therefore, the conflict between the system and women and young Iranians has worsened. The only answer the Islamic Republic finds for these grievances is oppression, which has never had a positive outcome.”

“The accumulation of social and economic grievances, mainly the death of social trust to power institutions, paves the way for more bitter and harsher problems to come,” the paper warned.

U.N. Nuclear Chief Says Iran Ties Need To Get Back on Track

ROME, Dec 2 (Reuters) – Iran appears to be at odds with the U.N. nuclear watchdog over information it should be providing regarding its atomic programme, the head of the International Atomic Energy Agency said on Friday.

“We don’t seem to be seeing eye-to-eye with Iran over their obligations to the IAEA,” Rafael Grossi told a conference in Rome, adding that he was concerned over a recent announcement by Tehran that it was boosting its enrichment capacity. 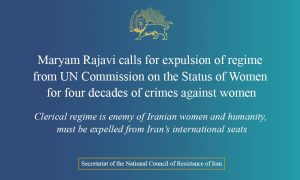 Mrs. Maryam Rajavi, the President-elect of the National Council of Resistance of Iran (NCRI), once again called on the United Nations, especially the president and members of the United Nations Social Economic Council (ECOSOC), to immediately expel the misogynist regime of Iran from the UN Commission on the Status of Women for its many crimes against women since the 1979 Iranian revolution until the nationwide uprising of recent months.

In the past 43 years, the mullahs’ regime has imposed the most discriminatory measures and suffering on women in law and practice. This regime has arrested, tortured, and executed thousands of women for political reasons. 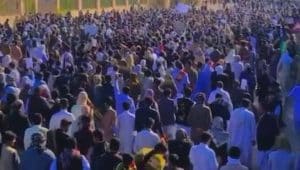 Coincident with these rallies, truck drivers across the country and in various industrial sectors are on strike, delivering a meaningful blow to the mullahs’ grip on the country’s economy. The regime’s ruling officials are concerned about the resulting social unrest that can be ignited as people from all walks of life begin upping their demands. 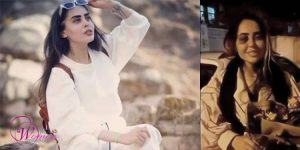 Mina Yaghoubi was released on bail at 3 a.m. on Thursday, December 1, 2022. Dark bruises around her eye showed that she had been viciously tortured while in detention.

Mina Yaghoubi, 33, was reportedly arrested during protests in Arak on November 1 for throwing stones at a cemetery. She has a 12-year-old son and is a bodybuilding coach. Security forces kidnapped her outside the bodybuilding club where she worked.

“With or without hijab, we conclude the revolution,” “Death to the oppressor, be it the shah or a supreme leader,” “Death to Khamenei,” “Kurds and Baluchis are brothers and despise [Khamenei],” “We don’t want a child-killing regime,” “Death to the Revolutionary Guards,” “I will kill those who killed my brother,” “Khamenei is a murderer; his rule is illegitimate,” “Basiji, IRGC, you are our ISIS,” “Poverty, corruption, high price, we continue to overthrow [the regime],” and “Death to Basij,” chanted Iranian Baluchi women and men. 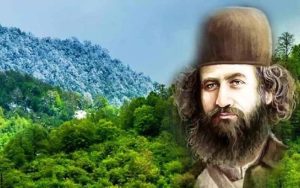 On December 2, 1921, Iran lost one of its prominent freedom fighters, Mirza Kuchak Khan-e Jangali. Historians name him as the country’s first president. However, his government ended soon, and Reza Khan suppressed him in collaboration with then-British and -Russian states. “The Iranian people will know us later when we no longer exist,” read one of his notes.

During the Persian Constitutional Revolution, Mirza was leading a division consisting of his fellow citizens Gilakis. However, he soon realized that self-interested motives individuals were diverting the people’s cause and betraying the genuine leaders Sattar Khan and Bagher Khan. Though, he returned to his hometown after removing then-tyrant Mohammad-Ali Shah from power in Tehran.

Paris, France—November 30, 2022: Freedom-loving Iranians and supporters of the People’s Mojahedin Organization of Iran (PMOI/MEK) held a rally and photo exhibition at the Trocadéro Square in memory of the martyrs of the nationwide Iranian Revolution. They also expressed their solidarity with the Iranian people’s uprising.

Gothenburg, Sweden—November 30, 2022: Freedom-loving Iranians and supporters of the People’s Mojahedin Organization of Iran (PMOI/MEK) held a rally in solidarity with the Iranian people’s uprising.