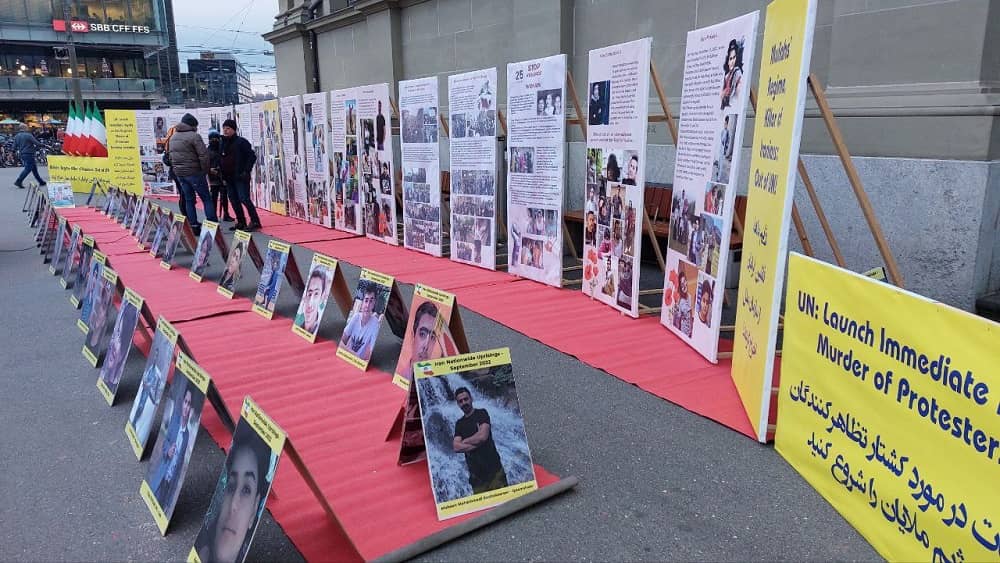 Iran Uprising at a Glance – Day 78

The nationwide protests in Iran continued on Friday, marking the 78th day of the popular uprising against the clerical regime.

Recently, leaked audio files and documents about the authorities’ deliberations on how to deal with the uprising fall strikingly short of a sound understanding of the crises engulfing the regime. Authorities have reflexively resorted to overt use of force on the streets, and severe torture and pressure directed at detainees and their families without tangible results. Khabar Online, a traditional conservative outlet, opined that the main reason for the escalation of protests and the regime’s inability to snuff them out is its failure to grasp the dynamics behind the crisis.

The world should quickly react to the deaths of teenagers in #Iran. They are either killed in the streets or in prisons or die after being released due to pressure and torture. The world should compel the regime to release the arrested teenagers immediately.

Today, enraged Baluch residents in many cities of Sistan & Baluchestan province took to the streets following today’s mass prayers and began chanting slogans against the regime.

Reports on Friday morning indicate that despite extensive security measures in Sistan & Baluchestan province, including flying military helicopters over various cities such as Chabahar and heightened security patrols in the streets, the people in many cities demonstrated openly against the ruling theocracy.

December 2 – Zahedan, southeast #Iran
A large crowd of protesters are in the streets and chanting anti-regime slogans.#IranRevolution2022#زاهدان pic.twitter.com/kgKCzbvZGz

People in the city of Iranshahr protested with chants of “Death to the dictator!” in reference to regime Supreme Leader Ali Khamenei.

Large protests were also reported in Zahedan, where a massive crowd gathered and chanted anti-regime slogans, including “Death to Khamenei!” “Death to the dictator!”

The protesters also vowed to avenge the many people killed by the regime’s security forces during the nationwide protests, chanting, “I will kill those who killed my brother!” Women also took part in the protests in Zahedan, chanting, “With or without the hijab, onwards to a revolution.”

December 2 – Zahedan, southeast #Iran
Women chanting: "With or without the hijab, we're heading for a revolution!"#IranRevolution2022#زاهدان pic.twitter.com/9yflFLMb7Z

The protesters also expressed solidarity with the people of Iran’s Kurdish regions, who have been brutally suppressed by the regime in the past weeks, “Kurds and Baluch are brothers, they despise the supreme leader,” protesters were chanting.

During the protests, security forces opened fire on protesters in Zahedan to no avail as protesters resisted and continued their rallies.

Protests also took place in Nokabad, Iranshahr, Khash, and Chabahar. Videos from Nokabad show security forces opening fire on protesters. In Iranshahr and Chabahar, protesters were chanting “Death to the dictator!” and “Death to Khamenei!”

Truck drivers across the country and industrial sector workers continued their strikes.  The authorities are concerned about the consequent economic and social effects of the strikes and are trying to buy off striking drivers and workers without any significant results.

Today, the people of Izeh participated in a ceremony to honor Hamed Salahshur, one of the latest martyrs who had fallen for freedom during the nationwide uprising. Like on all other occasions, the mourning ceremony turned into a public protest and the people started chanting slogans against Khamenei’s dictatorship, vowing to overthrow his regime.

On November 25, while driving passengers in his taxi on the road from Dehdez to Izeh, Hamed Salahshur, 25, was brutally arrested by intelligence forces and was transferred to an unknown location in Ahvaz. About five days after his arrest, his family was contacted and learned about Hamed’s death.

Hamed was reportedly killed in prison and secretly buried by security forces. His family had to unearth the body and buried him in a cemetery in their home city of Izeh.

Today, marking the 40th day after the martyrdom of Sina Malayeri, a ceremony was held in Arak where large crowds attended to pay tribute to the 29-year-old who was killed by the brutal security forces on October 22.

Today, on December 2, honoring the third day of Mehran Samak’s martyrdom, a ceremony was held in Anzali with a large number of people attending to protest his murder and vowing to follow his path towards riddance of the clerical dictatorship.

The 27 years young Mehran Samak was shot in the head by security forces for honking and cheering for the defeat of the regime’s football team during the World Cup in his hometown in Anzali on Tuesday night, November 29.

A few hours before being killed by the regime, Mehran had published a story on his Instagram account and wrote: “Tonight, regardless of the outcome, let’s just be together.”

WASHINGTON, Dec 2 (Reuters) – Canada has issued additional sanctions against Iran over its denial of rights for women and girls and for cracking down on peaceful protests, Minister of Foreign Affairs Mélanie Joly said in a statement on Friday. The latest sanctions target four individuals and five entities that Ottawa said were tied to Tehran’s “systematic human rights violations” and actions that “threaten international peace and security.” 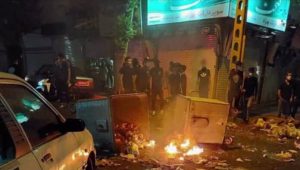 The protests in Iran are continuing as people remain steadfast in their pursuit of overthrowing the mullahs’ regime and establishing a free and democratic country. While the mullahs’ regime and their vast security apparatus have expanded their oppressive measures, the Iranian people in different cities across the country are determined to continue the current uprising despite the various ups and downs that may be experienced along the path. This is especially true when considering the variety of strikes by merchants and store owners, workers and employees of the country’s industrial sector, and the more recent strike by truck drivers.

Furthermore, people throughout Iran call for a nationwide three-day campaign of escalated protests marking the country’s Students Day on December 7. The increase in anti-regime protests is scheduled to begin on December 5 and aims to deliver yet another blow to the entirety of the mullahs’ regime.

Bern, Switzerland—November 30, 2022: Freedom-loving Iranians and supporters of the People’s Mojahedin Organization of Iran (PMOI/MEK) held a photo exhibition in memory of the martyrs of the nationwide Iranian Revolution.

Washington, DC—November 29, 2022: Rally and Photo Exhibition in Front of the US Congress to Support the Iran Revolution

Washington, DC—November 29, 2022:Iranian-American community and supporters of the Iranian Resistance (NCRI and MEK) continued their rally and photo exhibition outside the US Capitol, supporting the nationwide Iran protests.

Previous article
Iran Nationwide Uprising – Day 76
Next article
Mrs. Rajavi Calls for Expulsion of Iranian Regime from UN Commission on the Status of Women for Four Decades of Crimes Against Women