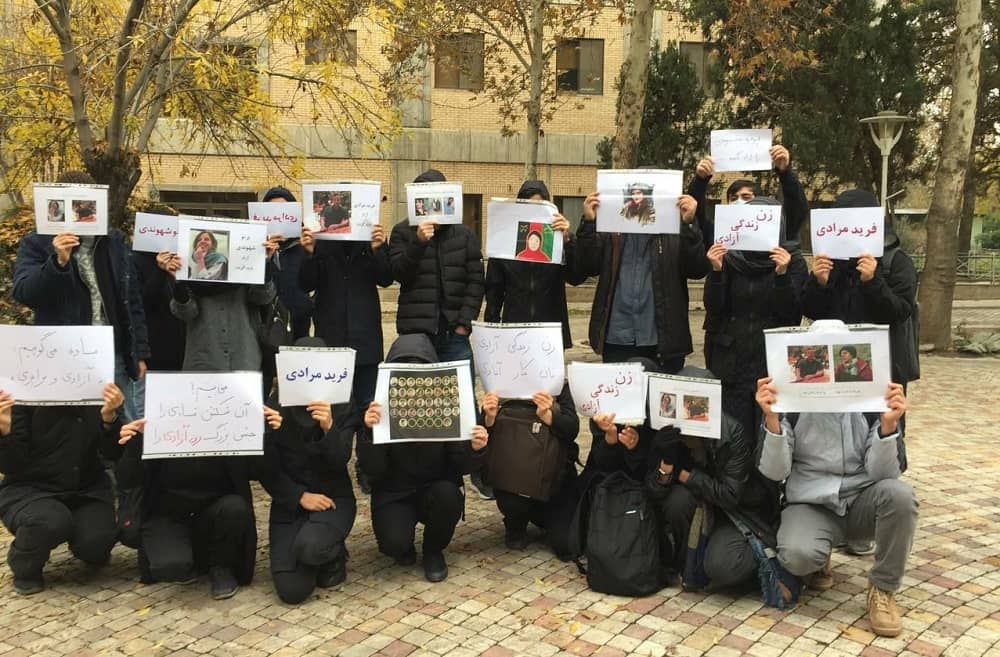 On Wednesday, December 7, the 83rd day of the nationwide uprising, students across the country staged sit-ins, strikes, and demonstrations and clashed with suppressive forces in some universities. This was despite the extensive security measures by the regime, including the deployment of tens of thousands of Revolutionary Guards and Basij forces in sensitive areas and setting up checkpoints in Tehran and other cities.

December 7 – Mashhad, northeast #Iran
Students at Ferdows University marking the country's Student Day and chanting:
"For each person killed another 1,000 are behind them!"#IranRevolution#روزدانشجوpic.twitter.com/TaJooc9nCT

Protesting students were chanting “Death to Khamenei,” “Death to the oppressor, be it the Shah or the Leader (Khamenei),” “Death to the dictator,” “This year, is a year of sacrifice, Seyyed Ali (Khamenei) will be overthrown,” “Disgraced Basij force is the killer of the people,” “Imprisoned students must be released,” “Death to the regime in its entirety,” “Shame on you (suppressive forces),” “With or without hijab, united march onward the revolution,” “Khamenei! we will bring you down,” “Poverty, corruption, high costs, we will continue until the regime’s overthrow,” “Students are awake, hate tyranny,” “we are the children of workers, we will stay with them” and “We are not scared of guns, tanks, and machine gun.”

Suppressive forces arrested several students in some universities, including Tehran University, Khajeh Nasir, and Ferdowsi in Mashhad. In the universities of Tehran and Amir Kabir and Ferdowsi University of Mashhad, agents of Basij and Herasat (university guard) attacked students with sticks and batons, and there were fierce clashes between the students and the suppressive agents, leaving several injured.

Mrs. Maryam Rajavi, the President-elect of the National Council of Resistance of Iran (NCRI) saluted the students who stood up despite the brutal attack of suppressive forces and massive arrests and said that the nationwide uprising of students along with other sections of the Iranian society demonstrates their determination to overthrow the criminal mullahs and establish democracy, justice and people’s sovereignty.