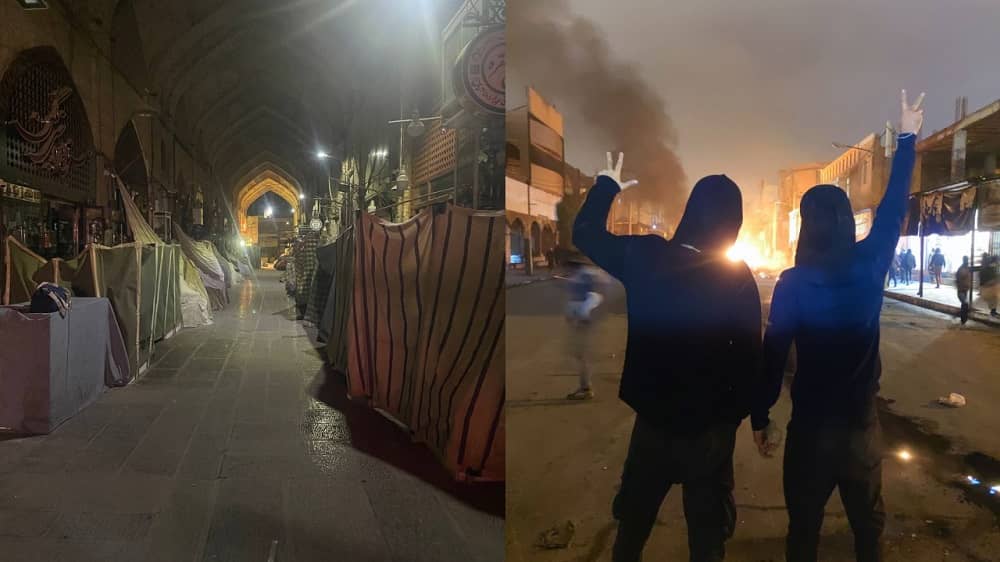 On Tuesday night, December 6, the 82nd night of the uprising, different areas of Tehran and different cities witnessed night protests. In Tehran, people took to the streets in different neighborhoods, including Ekbatan, Chitgar, Haft Hoz Narmak, Vanak, South Majidieh, Shahrak Naft, Sattar Khan, Kashani Boulevard, and Shahrak Gharb. They chanted, “IRGC and Basiji, you are our ISIS”, “Poverty, corruption, and high prices. We move toward regime’s overthrow,” “Death to the Dictator,” “Death to the child-killing regime,” and “So many years of crime, death to this regime”. In Ekbatan, repressive agents fired tear gas, sound bombs, and pellets at the protesters from inside a mosque, but the youths confronted and clashed with them.

In Mashhad, people demonstrated at night and chanted, “This year is the year of sacrifice, Seyyed Ali (Khamenei) will be overthrown.” Youths in Behbahan, Gohardasht Karaj, and Kermanshah staged night protests by lighting fires and creating roadblocks, and chanting, “Death to the dictator”. Defiant youths set fire to a government banner in Babolsar, the office of Friday prayer Imam in Qazvin, and the office of the representative of parliament in Esfrain, and set fire to the parking lot of Special Unit motorcycles in Gorgan with Molotov cocktails.

December 6 – Tehran, #Iran
Students at the Sharif University of Technology held a gathering and are continuing the nationwide protests against the regime on the 82nd day of the uprising.#IranRevolution2022#اعتصابات_سراسری pic.twitter.com/IgYdNBXXa3