Iran: Khamenei Commits Another Crime Against Humanity by Killing Protesting Worshipers in Khash 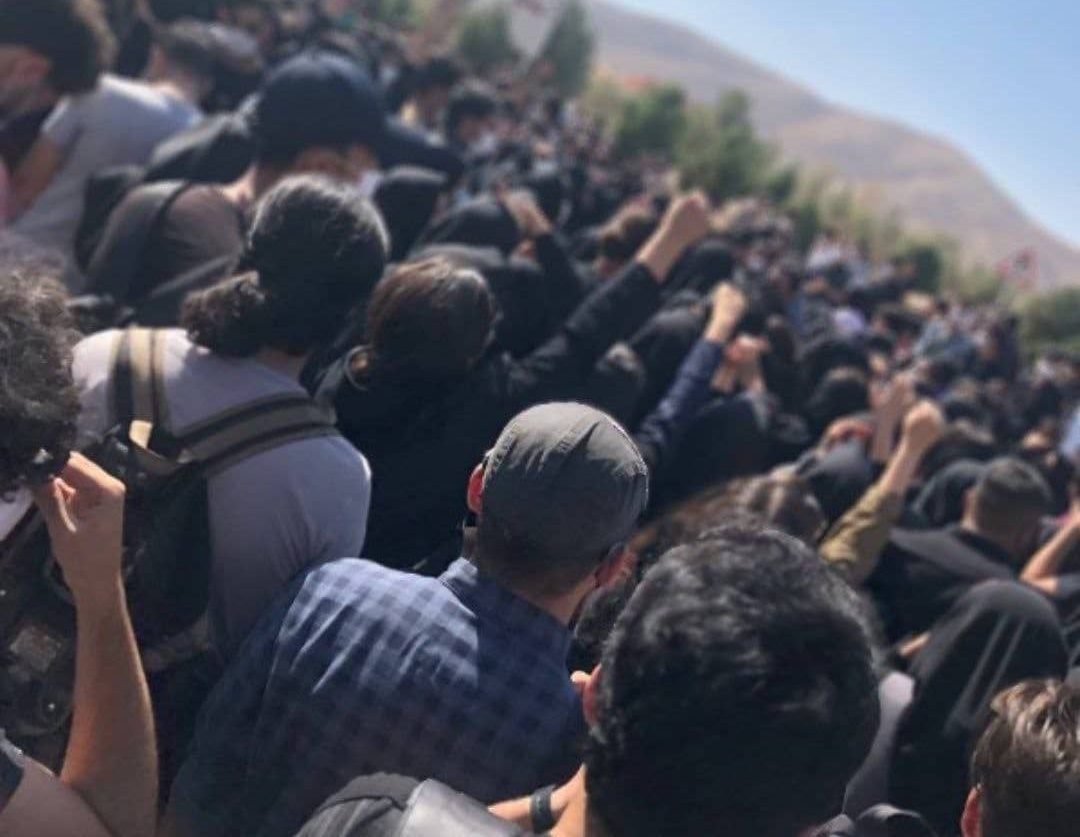 Mrs. Maryam Rajavi: The regime’s criminal dossier must be referred to the United Nations Security Council, and its leaders, especially Khamenei and Raisi must face justice.

Today, on the 50th day of the nationwide uprising, Khamenei committed yet another massacre against Baluch citizens. The suppressive forces opened fire from the rooftops of the Governor’s office and other government buildings on the people of Khash who were demonstrating after Friday prayers and chanting, “Death to Khamenei.”

The number of people killed reached at least 20 By 12:00 am local time. Those wounded exceed 60.

Many children can be seen among the dead and wounded. Most of those killed or wounded were shot in the head or chest, leaving no doubt that the massacre in Khash was premeditated. Some of the injured have been reported to be in critical condition.

Hospitals and medical centers are facing a serious shortage of blood and medical facilities to treat the wounded. In the meantime, the IRGC, the Ministry of Intelligence and Security, and the State Security Force are trying to arrest the protesters. The names of the 15 killed on November 4 are as follows:

Mrs. Maryam Rajavi, the President-elect of the National Council of Resistance of Iran (NCRI), saluted the martyrs of Khash and said that the uprising by the valiant people of Zahedan, Khash, and other cities in Sistan and Baluchistan province, who sacrificed their lives for cause of freedom in Iran while chanting “Death to Khamenei” and “From Zahedan to Tehran, my life for Iran” is a clear testament to the Baluch compatriots’ determination to overthrow the bloodthirsty Khamenei. She added that the international community must shun the clerical regime, which rules by committing crime against humanity and genocide, has shown no scruples in killing and causing bloodshed in the past 50 days. The regime’s criminal dossier must be referred to the United Nations Security Council, and its leaders, especially Ali Khamenei and Ebrahim Raisi must face justice.

Previous article
Iran: Names of 22 More Martyrs of the Nationwide Uprising Identified
Next article
Iran Revolution: “Resistance” at Any Cost