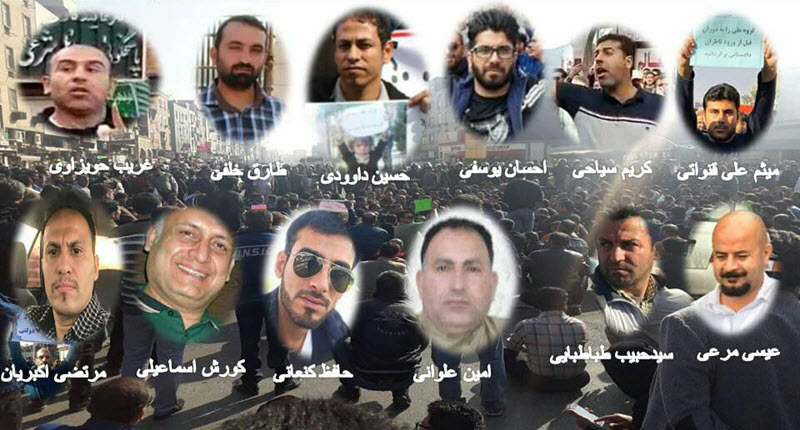 Suppressive security forces of the ruling religious fascism in Iran conducted midnight raids in Ahvaz on Monday for the second consecutive night. The raids targeted the homes of Iranian National Steel Industries Group (INSIG) workers and led to the arrest of more workers. Dozens of workers arrested Sunday night and Monday are still in detention. Many workers are spending nights outside their homes to avoid arrest.

The steel workers are entering the 39th day of their strike and protest action despite the repressive actions of the regime. They announced that they will continue to strike until the last steel worker is freed from detention.

Hundreds of pensioners protesting outside the regime’s Parliament in Tehran voiced their support for the striking Ahvaz steel workers on Tuesday morning. The protesters shouted: “From Ahvaz to Tehran, workers are in jails”; “Free the steel workers”; “Imprisoned workers must be freed”; “Imprisoned teachers must be freed”; “Government engages in crimes, parliament supports it”; “Free insurance is our right”; “The enemy is here, they lie to us that it’s America”.

Brutal and mass arrests of workers by the Iranian regime speaks loudly of the corrupt and criminal clerical regime’s frustration with the growing tide of striking and protesting workers. The Iranian Resistance calls on all Iranian people, especially on other workers, youth, and students, to rise in support of the striking workers and in protest to their arrest. The Iranian Resistance also calls on all international organizations supporting human and workers’ rights, and on all labor unions and syndicates in various countries to call for the immediate freedom of arrested workers in Iran.

Secretariat of the National Council of Resistance of Iran
December 18, 2018