Admitting to Internet shutdown and the massive dimensions of the uprising, Rahmani-Fazli: They wanted to turn this to a civil war and follow Syria’s roadmap

Finally, after seven months, the mullahs’ Interior Minister admitted the murder of 200 people during the November uprising, claiming that 40 or 45 people, or about 20 percent of them had been killed by non-standard weapons

Seven months after the November uprising, while trying to minimize the number of victims of November 2019 uprising by 10 percent of the actual figure, Abdolreza Rahmani-Fazli, Rouhani’s Interior Minister admitted last night that more than 200 protesters had been murdered. Yet, terrified of a backlash, he preposterously claimed that 20 percent of the victims had been killed by non-standard weapons, insinuating that the regime’s opponents murdered them. Nevertheless, Rahmani unwittingly conceded that the regime murdered more than 80 percent of the victims.

In an interview with the state-run TV on May 30, 2020, Rahmani-Fazli said: “They (enemy) announced that 10,000 people were killed, 8,000 were killed, 7,000, 6,000. They even mentioned 2,000. God willing, we will announce the figures in the next few days. The fatalities are not in these ranges at all. I want to say that 20 percent of the toll, somewhere between 40 and 45 of the victims have been registered as martyrs. They were innocent and happened to be in streets and were killed by such weapons and such tactics that none of which are deployed by the State Security Force or other government agencies.”

Acknowledging the Internet outage, the regime’s Interior Minister underscored the massive dimensions of the November protests, “They say that Rahmani cut off the Internet during those nights.  Of course, I did because they provided training and commanded the field via the Internet… The reason they are upset is that they wanted to initiate a civil war. For several months then, we, as the country’s security officials, had been surveilling them … The price of gasoline provided an opportunity for this to flare up … If there was a broad dimension and social context, it would have been much bigger than this… They wanted to disrupt the country and cause insecurity, turn this to another Syria… Maintaining security is important for all of us, and is the basis of all activities.”

As reported by Etemad daily on December 17, 2019, Rahmani Fazli is the same criminal who, when confronted last December by a regime parliament deputy that “Two people in my constituency were shot in their heads. Was it not possible to shoot at them, at least in their lower parts of the body, he brazenly replied, “Well, shots were also fired at their feet!”

The People’s Mojahedin Organization of Iran (PMOI / MEK) announced for the first time on December 15, 2019, that the number of martyrs in the November Uprising exceeded 1,500 and published the names of 765 of those martyrs. Eight days later, on December 28, Reuters quoted three Iranian Interior Ministry officials as saying, “About 1,500 people were killed during less than two weeks of unrest that started on November 15.” Reuters pointed out, “The figures provided to Reuters, said two of the Iranian officials who provided them, are based on information gathered from security forces, morgues, hospitals, and coroner’s offices.”

Rahmani-Fazli’s remarks last night that the number of the martyrs of the November uprising would be announced in the coming days are the continuation of a scandalous process of the regime’s officials blaming each other which reflects their fear of the consequences of the mass murder and crimes against humanity during the November uprising.

On February 15, Hassan Rouhani, in response to a question about the number of people killed in the November riots, said that the figures were available to the country’s Coroner’s office, which could be announced. Subsequently, the head of the country’s Coroner’s office organization announced that according to the decision of the National Security Council, the government has to publish these figures. Five days later, Ali Rabeie, Rouhani’s government spokesman, said on the sidelines of the cabinet meeting, “What the president said was based on the fact that coroner’s office is the authority to announce the cause of death and the issuance of the burial permit …” He added: “Coroner’s office has announced (the number of those killed) in a letter. Of course, we would have to wait for the official announcement of Coroner’s office, which did happen, but it was not enough. Field surveys and reports from operating agencies on the causes of death and how to proceed were also taken from the police and security agencies. Rabeie added: “Accurate figures along with how to proceed will be announced soon by the relevant authorities.”

The Iranian Resistance has consistently emphasized that by any measure, the November massacre was a crime against humanity and that the regime’s leaders and officials must be prosecuted and held accountable by an international tribunal. 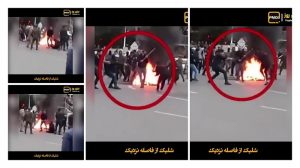 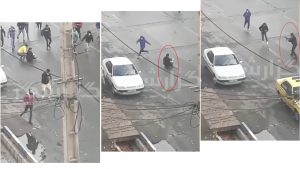