Protests of Workers, the Poor, the Looted, and Students Continue Throughout Iran

On Tuesday, February 13, protests, strikes and demonstrations of workers, looted people, students and other people continued throughout Iran:
1. More than 2,000 university professors and educating residents and radiology specialists staged protest gathering in front of the Ministry of Health building in Tehran. They protested against the regime’s directive about allowing ultrasound devices to be used by non-specialists. Their placards said: “Medical Equipment Mafia: How much is worth the lives of pregnant mothers?” and “Destruction of Radiology is Destruction of the Whole Medicine”. 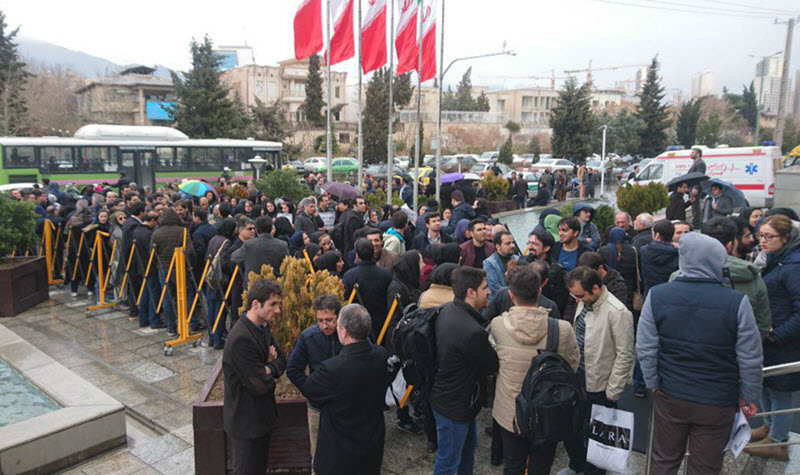 2. Radiology and MRI and ultrasound centers in the cities of Karaj and Gorgan went on strike due to lack of funding by the insurance. 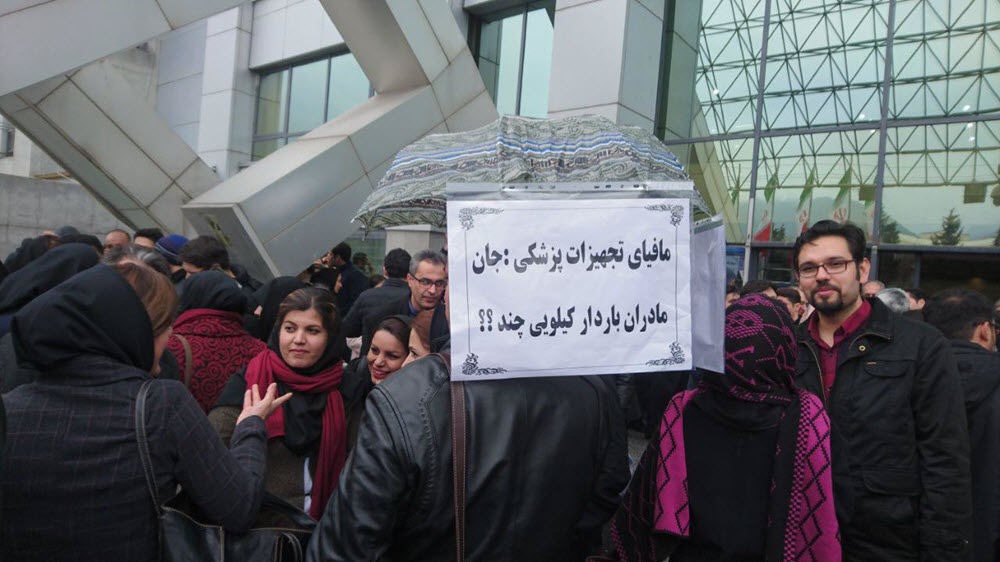 3. Despite the sandstorms in Bandar Mahshahr, petrochemicals workers and contractors staged a protest gathering in front of the municipality for the second day.

4. The retired drivers of the Tehran Bus Company gathered in front of the Interior Ministry. The rally took place despite the fact that the day before, following the call for demonstration, the regime’s intelligence agents threatened the company workers by sending SMS that they would be prosecuted if they participated in this “illegal gathering”.

6. Taxi drivers in Qom rallied in protest at setting up an internet-based taxi service by the regime in the Payambar Blvd.

7. In Chaloos, drivers went on strike and refused to load in protest at not receiving their salaries and fees.

8. The contract employees of Alamto, responsible for collecting and transporting Ilam petrochemicals, gathered for the 10th day in protest of their expulsion order.

9. In Rasht, the people looted by Caspian gathered in front of the Governorate. The police were trying to stop this gathering and preventing any filming. The police agents confiscated the mobile phone of a pedestrian who wanted to shoot the scene. However, they were forced to give it back to him in fear of the crowd. Angry people threw eggs and tomatoes and burnt oil towards the Caspian office.

10. In Tehran, the people plundered by Alborz Iranian gathered outside money and banking crimes court.

11. The workers of Kish Choub Company, the largest producer of wood products in the Middle East, gathered in Tehran in protest of failure to meet their demands for more than eight months.

12. A number of engineers in the province of Khorasan Razavi gathered in protest against the discrediting of their documents and their academic and employment status in front of the General Directorate of the Road and Urban Planning in Mashhad.