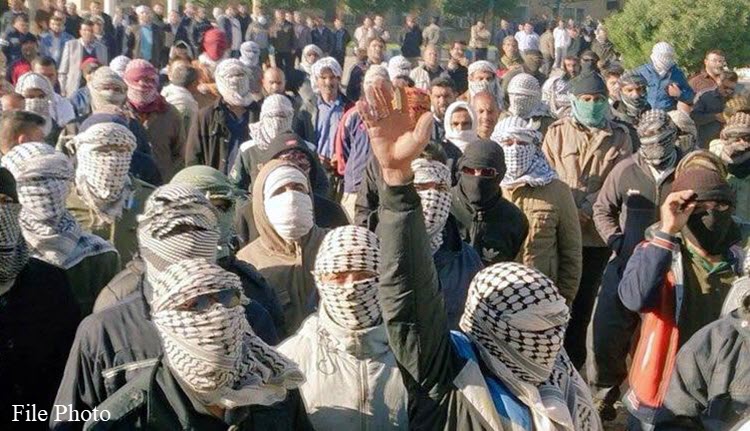 Workers from various sections of Haft-Tapeh Sugarcane Factory have gone on strike since Saturday morning, March 3, in protest against the failure to pay their salary and annual bonus, and the return of the corrupt managers to their previous posts. The factory’s retired workers also participated in this protest move.

In their protest to the management’s inattention and not being responsible, the workers of the factory prevented company’s major shareholders, Rostami and Seifouri, from leaving the premises and transferred them to the management building.

Following the talks between the workers and Rostami and Seifouri, they finally announced that they would only pay two million and five hundred thousand tomans out of 50 to 70 million tomans of their debt to the workers and they would pay the rest in November 2018. This answer, which had no meaning but to dodge the problem of the workers, made the workers furious who refused to accept it.

Subsequently, Seifouri tore up the 25-kilo sugar draft that was allocated to the workers. This move provoked the workers’ anger further and they smashed the windows of the management building. It was followed by the intervention of repressive security forces who came to the site, and the said managers fled the building.

The catastrophic situation of the deprived workers of this massive industry is the direct result of the regime’s officials’ seizing control over sugarcane industry. Government clerics have been importing sugar instead of improving this industry, which was once one of the major sources for the country’s revenues. Consequently, the sugarcane industry workers, including the Haft-Tapeh sugarcane workers, have not received salaries for several months despite their hard work, and the overwhelming pressure imposed on them because of their inability to pay off heavy debts and poverty. Ali Naghdi, a suffering worker at the Haft-Tapeh Sugarcane factory committed suicide on the eve of February 27, to end his life in protest against all the regime’s cruelty and disregard for the growing problems of the workers.