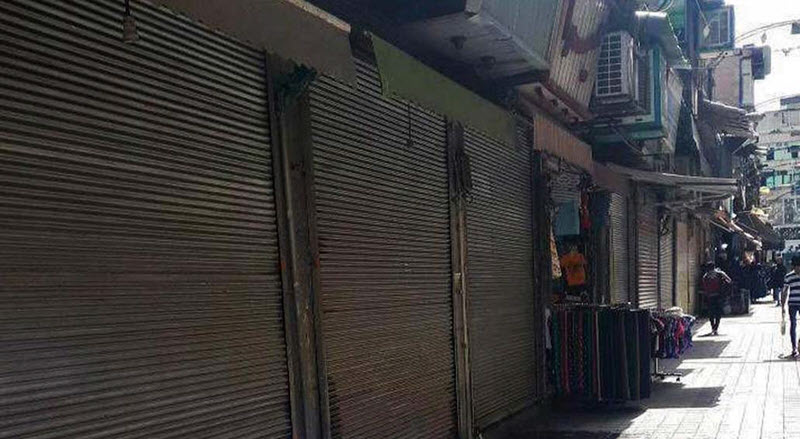 On Monday, May 14, large sections of the Tehran bazaar, including the apparel market known as the Kuwaiti bazaar, the shoemaker bazaar, the shop owners of the Sadaf Passage, shop owners of a number of sections of the Cyrus Street, the mobile phone market in the Charsoo market and the Aladdin Passage in Hafez Street, went on strike. This protest movement was followed by a strike on Saturday by marketers and currency traders, while intelligence agents of the regime threatened many marketers over strike and closing their shops.

The repressive forces have been deployed intensively around Tehran’s bazaar and city centers, including the Molawi intersection, Imam Hossein Square and Ferdowsi Avenue, in order to intensify the atmosphere of terror and intimidation and to prevent the spread of this protest movement. In the Tehran bazaar, there is also a large number of plain clothes agents roaming among people.

Striking bazaaris object to the fall of the official exchange rate of the country, market fray and ambiguity about the future of the economic situation. The 4200 tomans dollar exchange rate, announced by Rouhani and his deputy, is not existant, currency exchanges are closed, and the dollar is traded in very limited amounts and more than 8,000 tomans.

The Ardebil gold market shop owners also refused to open their stores in response to a call by marketers for a strike on Monday.

The Iranian resistance calls on the general public, especially the youth, to support and express solidarity with the protests of merchants and marketers of different trades in Tehran and other cities.

Previous articleRevelations About Iran’s Missiles Point to Both Need and Opportunity for Regime Change
Next articleTuesday’s Iran Mini Report – May. 15, 2018