The Number of Detainees During Uprising Is at Least 8,000 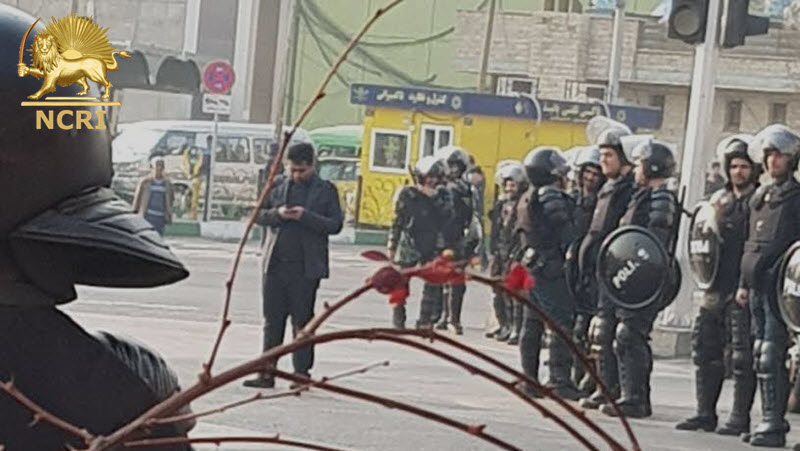 The massive and widespread arrests of youths in different cities, which have started since the beginning of the uprising at December 28, still continues. According to reports obtained from inside Iran and from within the regime, the number of arrestees has mounted to at least 8,000 by the end of the second week of the uprising. In recent days, several of these prisoners were martyred under the tortures.

Despite the regime’s attempts to conceal the number of arrests, it is so high that the regime’s officials in a number of cities have inevitably admitted to parts of it.

– A week ago Mahmoud Sadeghi, a member of parliament, said the number of arrestees amounts to 3,700.

– On January 2, political-security deputy governor of Tehran said 450 people were arrested in Tehran in only three days (December 30, to January 1st).

– “On Dec. 30 and 31, 396 people were arrested in Arak and other cities of the Central Province, 65 of whom were teenagers,” said the Chief Justice of the Central province on January 4th.

– The deputy governor of Golestan stated on January 3, “With the arrest of about 150 of insurgents in Gorgan, calm has returned to this city”

– “In recent days, when there were some rioting and turmoil in Hamedan, more than 150 people were arrested ,” Hamedan Governor said on January 2.

– Mashhad deputy prosecutor said on January 3, “A total of 138 people were arrested in disturbances”.

– The commander of Kerman Provincial Guard Corps (Sarallah) said on January 2, “During the recent turmoil, more than 80 rioters were arrested and handed over to the authorities”.

-“In the illegal gatherings of Kashan, about 50 to 60 people were arrested,” Kashan Prosecutor said on January 1.

– According to Bahman Taherkhani, a parliamentarian from Takistan, on Jan. 2, “Some 50 people with ominous intentions caused unrest in this city, who should be punished according to their crimes”. He added, “The presence of individuals with a leading role in recent riots is another sign that these disturbances are organized.”

– According to reports from the prisons in Ahwaz and other cities in Khuzestan, the number of arrestees in the province is 1,600.

– The regime’s parliamentarian from Izeh said he does not have an accurate number of arrestees. He added that the detainees are mostly teenagers and yourhts aged 16 to 24 years old. Hundreds have been arrested in Izeh, according to reports.

The Iranian Resistance calls on all the people, especially the youth, to support the arrestees and their families, and to rise up for the release of prisoners. It also calls on the Security Council and the Secretary-General of the United Nations, the European Union and the member states, and the US government, as well as all human rights organizations, to strongly condemn the mullahs’ regime for these blatant anti-human crimes, and to adopt effective measures to free the arrestees.

Numerous reports from various cities of the country alleging mistreatment of prisoners and martyrdom of a number of them under torture makes it very essential and urgent to establish an investigative committee by the High Commissioner for Human Rights and the United Nations Human Rights Council to investigate into the arbitrary arrests and the crimes carried out in the mullahs’ regime’s prisons.

Secretariat of the National Council of Resistance of Iran
January 11, 2018