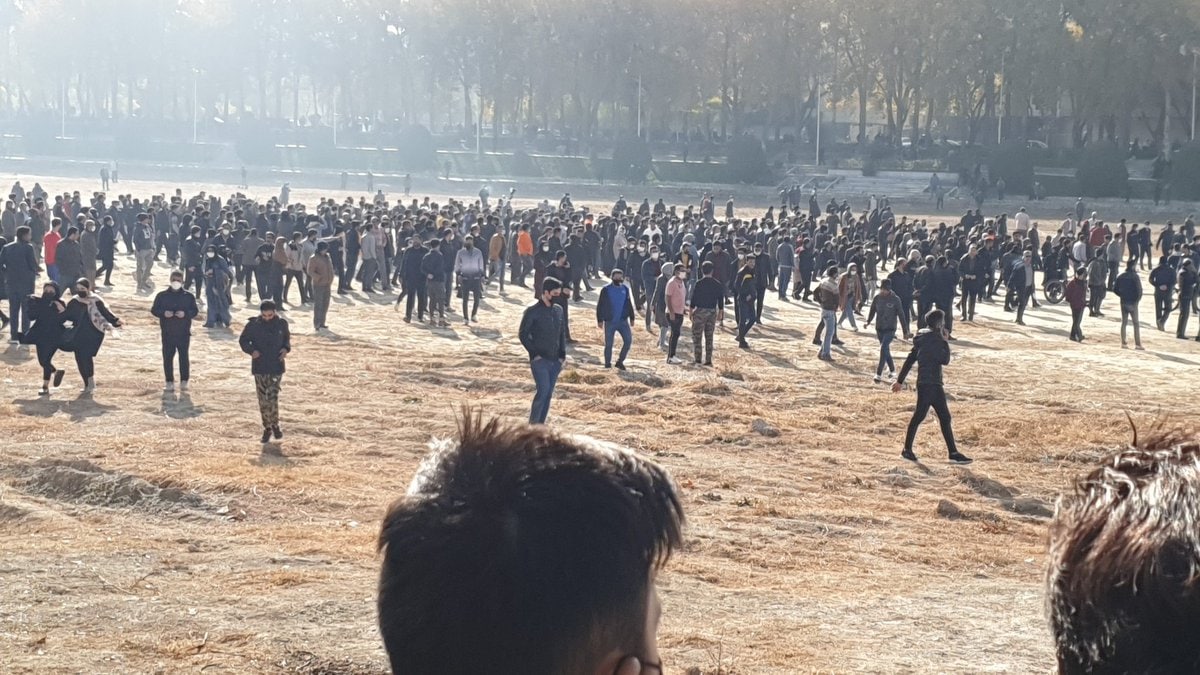 The Skirmishes Between the Defiant Youth and the Revolutionary Guards, SSF, and Plainclothes Agents Continue

At Least 50 Protesters in Isfahan Injured

Despite the massive mobilization of repressive forces, using tear gas, and the onslaught by motorcycles and special units, defiant youth and farmers of Isfahan continued their uprising.

They clashed with the IRGC, Basijis, and State Security Force (SSF) mercenaries in the Zayandeh Rud Riverbed and in the surrounding streets, forcing them to retreat in many areas. The chants of “Death to the dictator and death to Khamenei,” “Shame on you,” “An army has come to fight the leader (Khamenei),” “Death to the velayat-e faqih for all the crimes he has committed in so many years,” and “Shame on Khamenei, leave the country alone,” could be heard in all areas. The people and youth of Isfahan took over the overpass on the Khajoo Bridge (A historical bridge on the Zayandeh Rud river) and the riverbed.

Demonstrators lit fires on the Zayandeh Rud Riverbed to protect themselves against the tear gas. They chanted: “We have come to fight back,” “Bullets, tank, etc., are not going to save this regime, the mullahs must go,” “Death to the Shah and Khamenei.” Defiant youth also blocked Mushtaq Street. The bypassing cars showed their solidarity with the protesters by honking their horns.

To control the Isfahan uprising in different locations, the repressive forces opened fire on protesters using pellet guns and tear gas. As of this evening, at least 50 protesters had been wounded, many of them with head and face injuries. Most of the wounded refused to go to the hospital fearing arrest.

The inhuman regime has disrupted the Internet in Isfahan and some other cities, such as Urmia and Ahvaz, to prevent news coverage and the spread of the uprising.

Mrs. Maryam Rajavi, the President-elect of the National Council of Resistance of Iran (NCRI), hailed the valiant people and youth of Isfahan who has resisted the onslaught by the Revolutionary Guards and the firing of tear gas and said the only enemy of Isfahan and Zayandeh rud is the despicable velayat-e faqih regime, which has ruled for more than four decades. It has occupied and taken our homeland captive. Our people and youth want to liberate this most beautiful homeland.

Previous article
IRAN: Protests in Isfahan, How the Regime Responded to Cries for Water
Next article
Iran: Posting Placards of Messages of Iranian Resistance Leadership About Isfahan Uprising