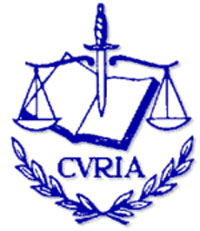 France was the only EU member state that appealed the 2008 ruling of the Court of Justice.

NCRI – Thirteen judges of the Court of Justice of the European Union rejected today an appeal by France against the Court’s December 4, 2008  verdict that annulled the terror listing of the People’s Mojahedin Organization of Iran (PMOI/MEK), endorsed the verdict that removed the PMOI from the European Union’s list of terrorist organizations and condemned France to pay the PMOI the court charges.

The Court verdict rejected all the reasons for the appeal and considered them invalid.

France was the only EU member state that had appealed the decision, however the Council of European Union on January 26, 2009 removed the PMOI from its blacklist based on the ruling by the Court of Justice of the European Union.

Prior to today’s decision, the Advocate General of the Court of Justice of the European Union had already rejected the appeal on July 14,  2011 as baseless advising  the judges to reject the appeal.

Mrs. Maryam Rajavi, the President-elect of Iranian Resistance welcomed the decision by the judges of the Court of Justice of the European Union and said that the verdict demonstrates once more that the only motivation behind the terror label and other allegations against the Iranian Resistance is nothing other than appeasing the mullahs and kowtowing to the clerical regime in Iran, therefore wherever there exists a just court all the allegation would fade away and the legitimacy and righteousness of the Iranian Resistance will be proven.  This fact has been demonstrated in last few years in dozens of courts in the U.S., France, UK, Germany, and Switzerland as well as the European Court of Justice.

Mrs. Rajavi added that the allegations only serve to justify killings and suppressions by the Iranian regime and despicable economic interests. Even as of today, some international parties blame the PMOI and the leadership of Camp Ashraf for lack of progress in transfer of the residents to Camp Liberty near the Baghdad airport; a false allegation that its purpose is to justify the inaction by the U.S. and the massacre, psychological torture, and criminal blockade of Ashraf residents by other parties.

She added: The inclusion of the PMOI in the terror list in Europe and the U.S. are the most despicable and disastrous attitude of the Western governments to placate the religious fascism ruling and is tantamount to complicity in shameful suppression of Iranian people. From this perspective,  the spirit of justice and fairness of mankind, by the ruling of the European Court expresses its disdain for this injustice and cruelty.

The President-elect of the Iranian Resistance added: In view of the rulings of more than 20 courts in favor of the Iranian Resistance, the time has come for the Western government to set aside their outdated policy . They should pay heed to the call by these countries’ elected representatives and rulings by their judiciary and to acknowledge that maintaining peace and security of the world in face of its biggest threat, i.e. the clerical regime, cannot be accomplished unless democracy, freedom, and human rights are established in Iran.

The U.S. government should revoke the discredited and unjust terror designation of the PMOI. The residents of Camp Ashraf have paid the price for this designation by their blood and suffering and it has been an excuse used by the ruling dictatorship to justify suppressing the Iranian people’s struggle.

Secretariat of the National Council of Resistance of Iran
December 21, 2011

Previous article
Camp Ashraf residents forgo their obvious rights but Iraq creates obstruction on every peaceful solution
Next article
Who Will be Held Accountable? Maliki or Obama?