Iran: 43 Campaigns Against Repression by Defiant Youths on the 43rd Anniversary of the Anti-monarchical Revolution 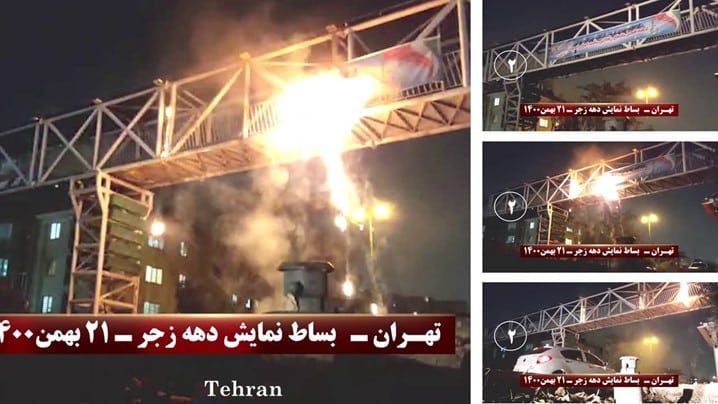 On the eve of the anniversary of the 1979 anti-monarchical revolution and while the regime’s security forces were on maximum alert, the rebellious youths disrupted the mullahs’ propaganda ceremony on the occasion of the anniversary of the anti-monarchical revolution, on Thursday, February 10, 2022, by torching the entrance signs of the centers of repression and torture and by setting fire to large banners of Khamenei and Qassem Soleimani in various cities of Iran. The campaigns undermined the atmosphere of repression in different cities of Iran. Among these centers was the Department of Justice in Tehran, which issues verdicts for most arrests, tortures, and executions, and 24 repressive Basij centers responsible for suppressing popular protests and several plundering centers known as the Relief Committees. 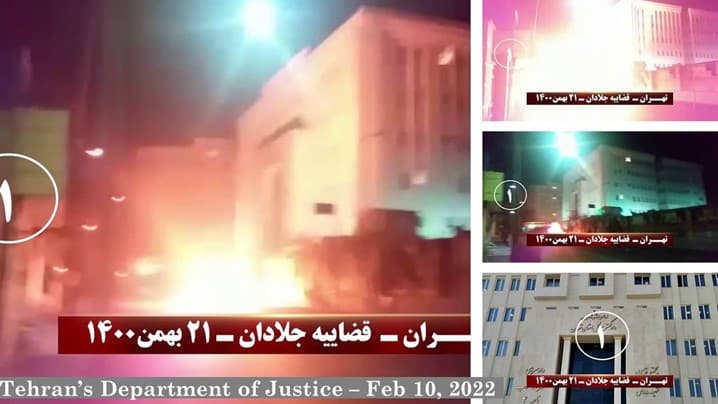 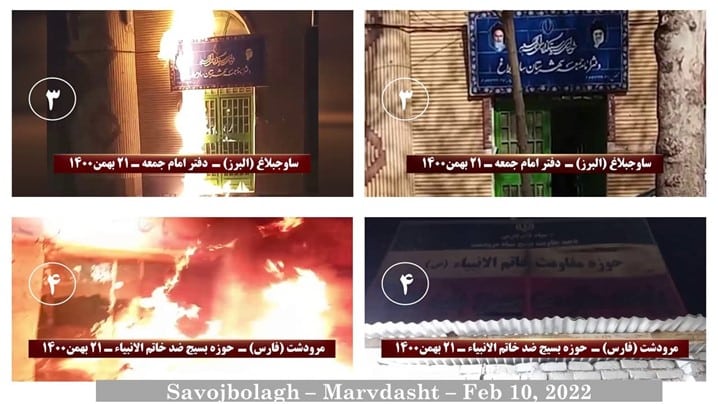 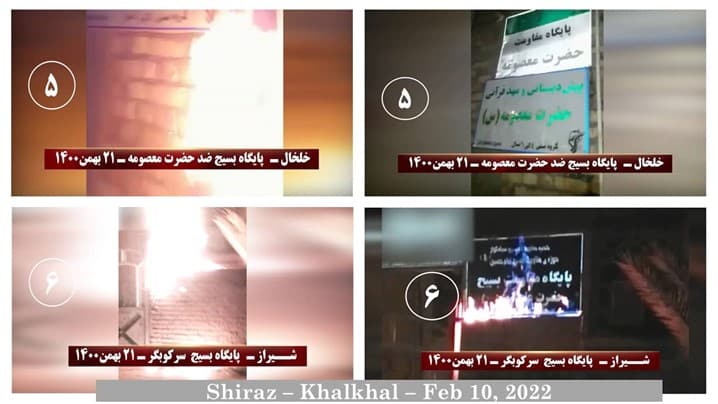 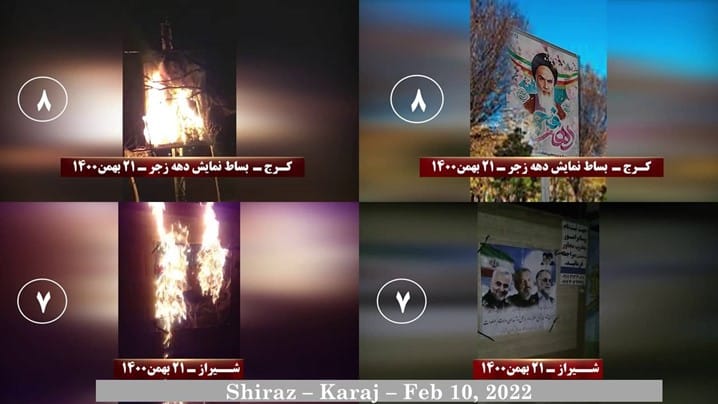 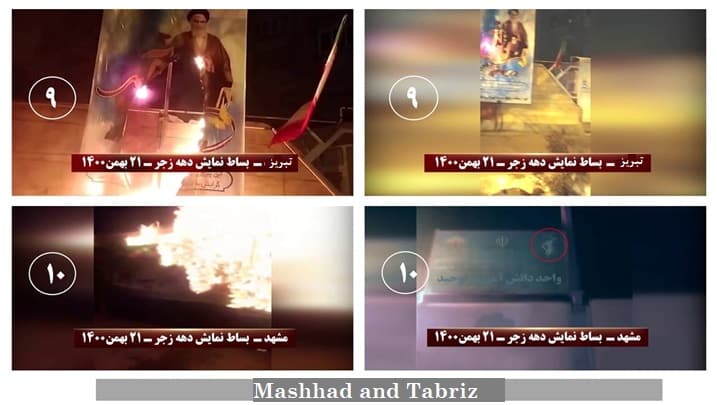 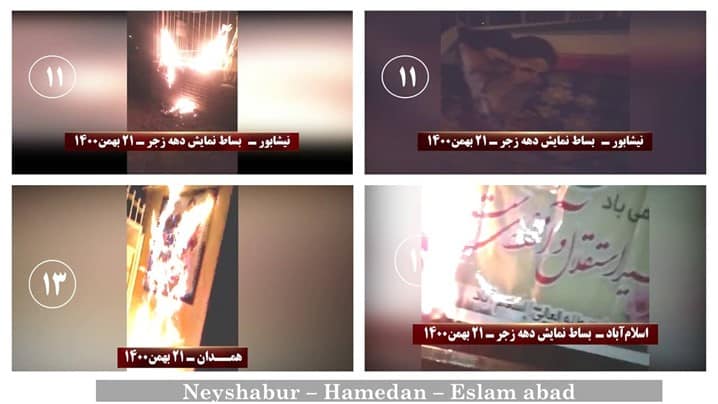 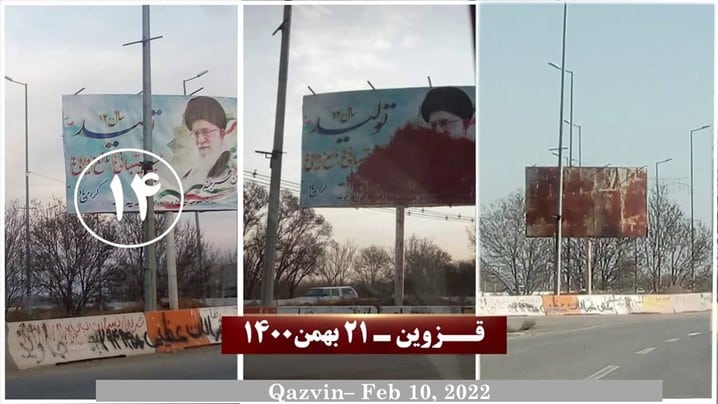 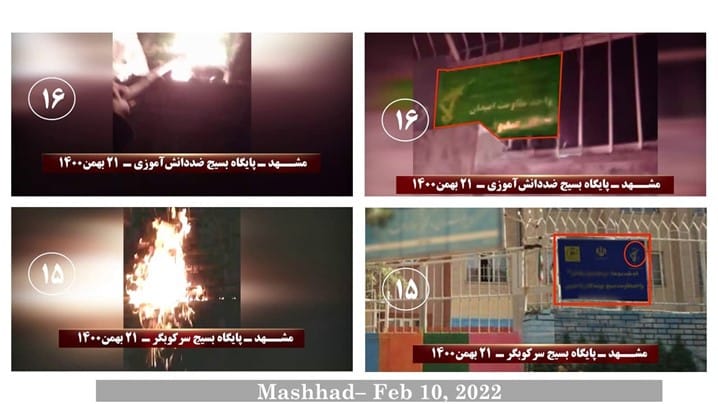 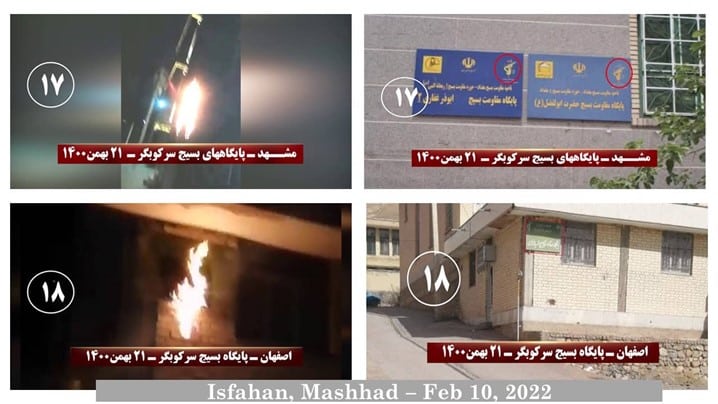 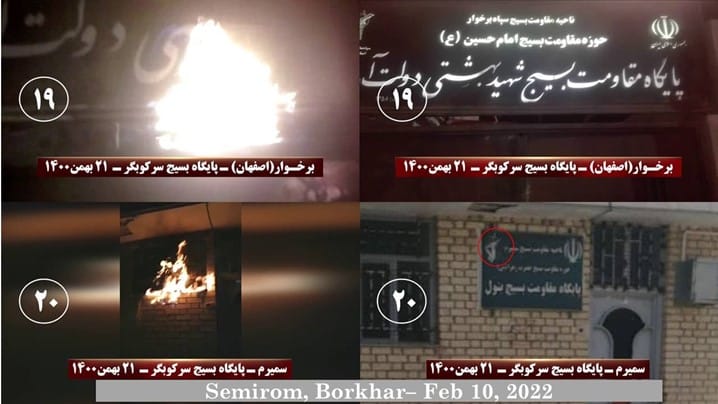 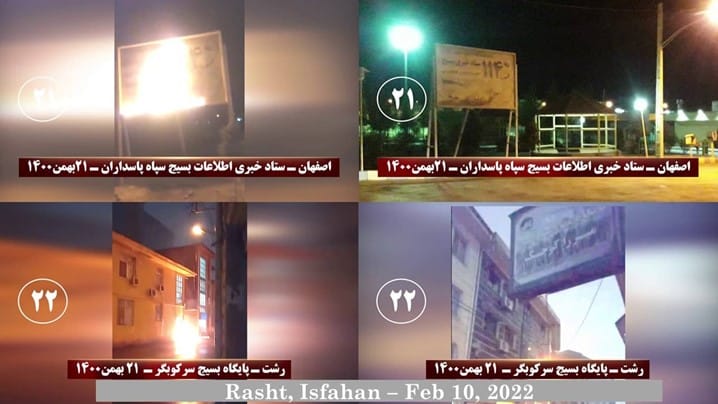 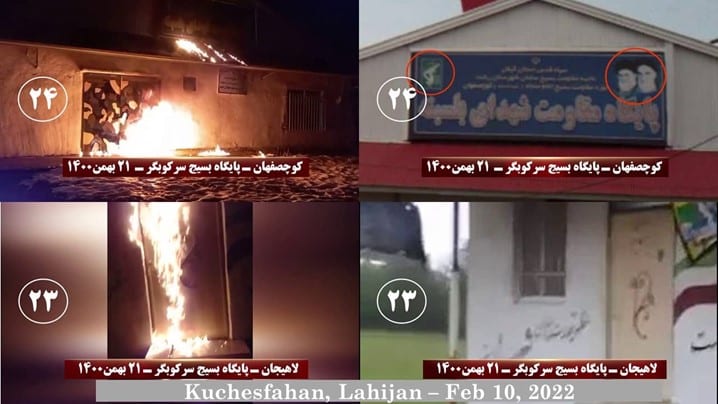 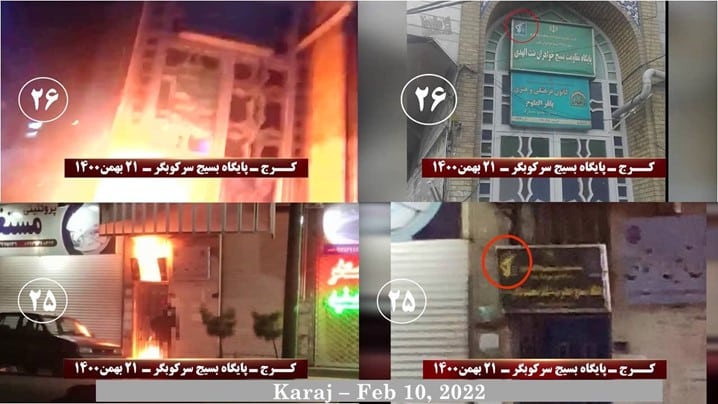 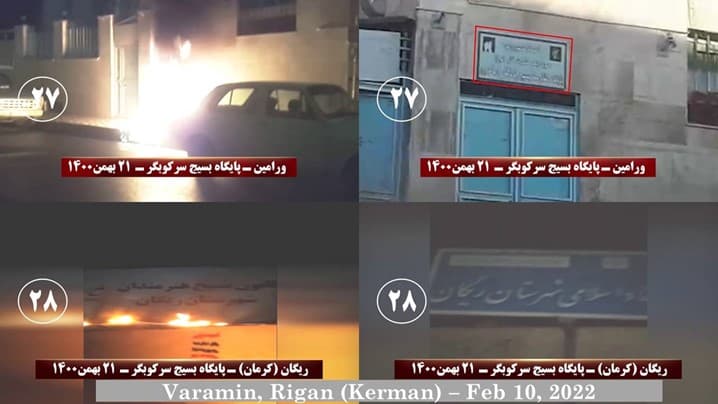 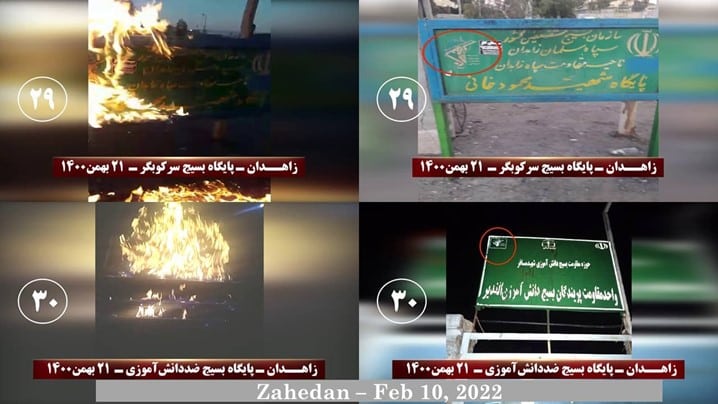 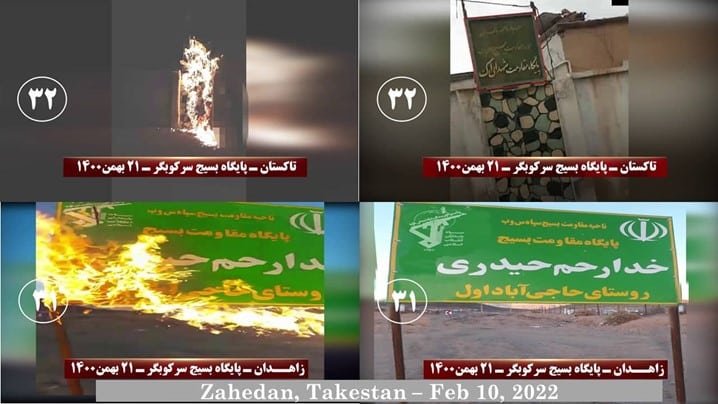 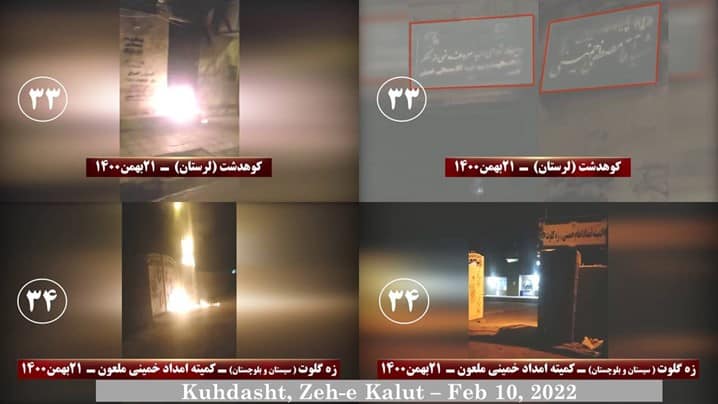 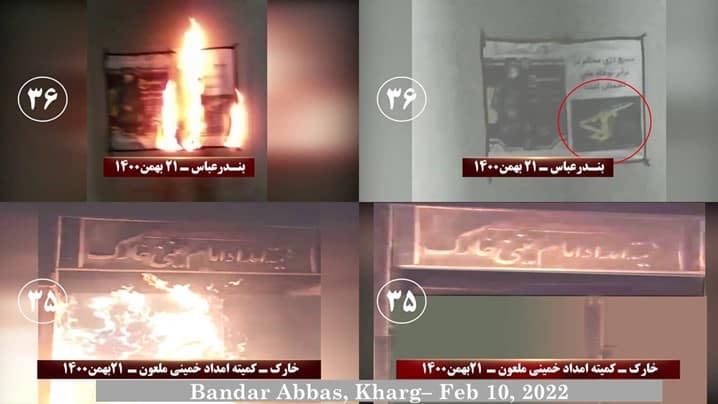 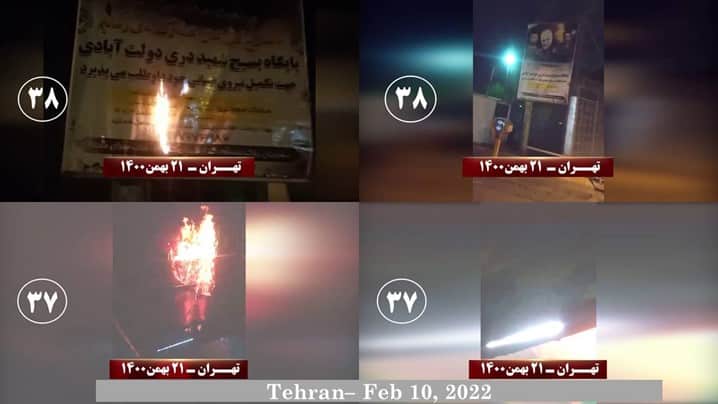 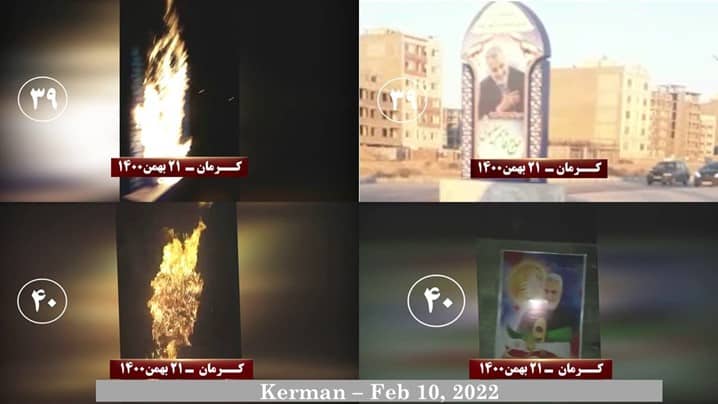 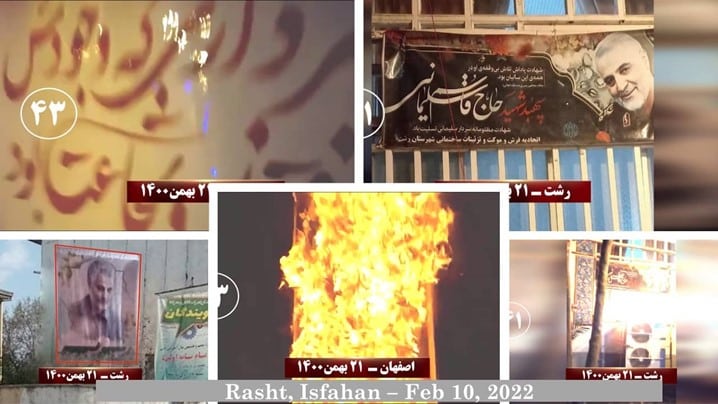 Previous articleIran News in Brief – February 11, 2022
Next articleBreaking News: Calls for Regime Change on the Eve of 1979 Revolution Anniversary