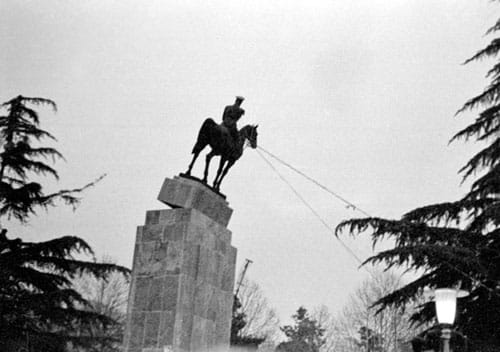 Calls for Justice in Iran Continues to Echo in Stockholm, Sweden

The trial of Hamid Nouri, a former prison guard who committed crimes against humanity during the massacre of political prisoners in 1988 in Iran, resumed in Stockholm Court on Friday, February 11.

At the same time, Iranians, supporters of the Mujahedin-e-Khalq Organization, and relatives of the martyrs staged a demonstration in Stockholm, demanding the trial of the regime’s Supreme Leader Ali Khamenei, its president Ebrahim Raisi and the Chief Justice Gholamhossein Mohseni Ejei for genocide and crimes against humanity.

Iran and 4 Countries Clash Over Reparations for 2020 Crash

UNITED NATIONS (AP) — Iran is clashing with three Western countries and Ukraine over reparations for the Iranian military’s missile attack against a Ukrainian passenger jet in January 2020 that killed all 176 passengers and crew on board.

Last month, ministers from Canada, Sweden, Ukraine, and Britain, who have joined together in an International Coordination and Response Group representing foreign victims of the crash, said in a statement that they received “an unequivocal response” from Iran on Dec. 27 “that it does not see a need to negotiate with the Group … related to our collective demand for reparations.” Cherry-picked images and engineered reports of the usual 1979 Revolution Anniversary Celebrations are putting on display the true sorry state of the Iranian regime after 43 years of corrupt and oppressive rule.

The state television on all diverse channels is showing forces of the paramilitary Basij on motorcycles while moderators are trying to talk the numbers higher than the reality on the ground. In Tehran, despite the zealous mobilization of the regime to sham domestic legitimacy and posturing of force, the numbers speak volumes.

In footage broadcast by the official IRNA news agency, Basij militias are shown who set fire to the flag, and almost no one is responding to their slogans. 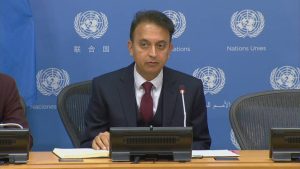 In his latest report, Javaid Rehman, the UN Special Rapporteur on Human Rights in Iran, called on the international community to hold the clerical regime accountable for events such as the 1988 massacre and the crackdown of the November 1998 uprising, to end the “institutional immunity” in this country.

Javid Rehman’s report on the human rights situation in Iran has been made public on the UN website and is scheduled to be presented at the next meeting of the UN Human Rights Council that is taking place from February 28 to April 1.

European Politicians Call For a Firm Policy Toward Iran’s Regime 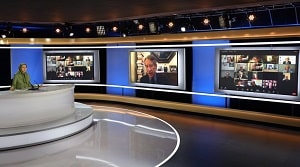 In an online conference held on the 43rd anniversary of Iran’s 1979 Revolution, members of Friends of a Free Iran (FOFI) Committees in different European countries discussed the conditions of Iran and the threats posed by the mullahs’ regime to the region and the world. The conference was attended by Mrs. Maryam Rajavi, the president-elect of the National Council of Resistance of Iran (NCRI), and lawmakers and politicians representing different political views from the United Kingdom, Germany, France, Italy, Switzerland, Finland, Norway, Netherlands, Belgium, Spain, Portugal, Ireland, Romania, Malta, Lithuania, Slovenia, Poland, and San Marino. 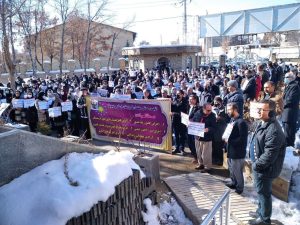 Mohammad Habibi, a spokesman for the Iranian Teachers’ Trade Association (ITTA), said that the Ministry of Education has issued some directives aimed at “terrorizing” teachers and preventing them from attending protest rallies.

On his Twitter account, Habibi published the pictures of two directives recently issued by the Ministry of Education. He criticized education officials for “terrorizing” teachers instead of “meeting their legitimate demands.” 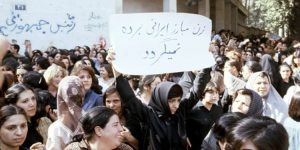 Iranian women defy four decades of religious dictatorship. The 1979 revolution in Iran was one of the most magnificent popular movements in the history of liberation movements that ended the dictatorship of the Pahlavi monarchs. With the overthrow of the Shah’s regime, the people of Iran, especially the Iranian women, sought to enjoy their human rights and freedoms to establish a new society. But Khomeini usurped the leadership of the revolution and deviated its goals. The anniversary of the 1979 Revolution which toppled the Shah’s monarchic regime in Iran, is a reminder of Iranian women’s extensive role and impact in that era which is considered a leap forward in the history of the struggles of Iranian women.

The widespread participation of Iranian women in recent uprisings is reminiscent of their role during the 1979 revolution against the monarchic dictatorship in Iran. The current uprising and the leading role of women in it is a continuation of their participation in the 1979 Revolution and in fact prior to that.

Our homeland, Iran, is a large and rich country with a rich and proud history and culture that can never be recognized by the dark rule of the mullahs. Iran is known for its glorious resistance, which has grown against the inhuman and misogynistic regime of the mullahs and has a deeply humane message. Misogyny is the most basic feature of the religious dictatorship. The content of all the evaluations, laws, and practices of the mullahs’ regime is that women are ‌ weak, ‌ and owned by others. They have no place in the leadership and management of society. She has to be in the corner of the house and her main job is babysitting and cooking. The Iranian regime believes that woman was created just for these purposes.