Iran: Banners of Khamenei and Khomeini Torched on Anniversary of the Anti-monarchical Revolution in Tehran and 11 Other Provinces 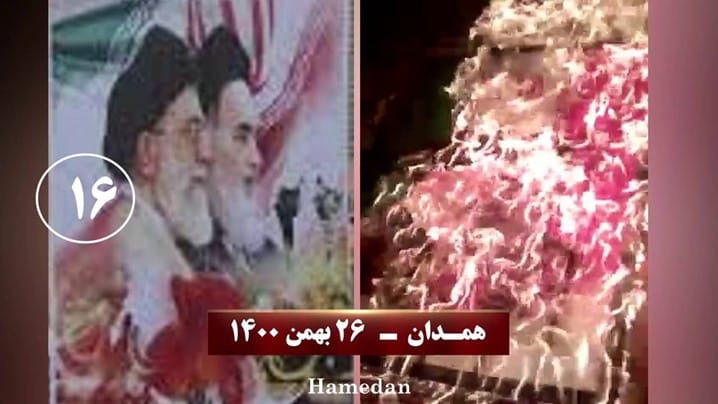 Khamenei and Khomeini’s banners were torched in dozens of cities on February 15, 2022, following the campaign of the Resistance Units in different cities of Iran on the 43rd anniversary of the 1979 anti-monarchical revolution.

The campaign to torch the symbols of four decades of dictatorship, repression, torture, and plunder of the Iranian people, took place in Tehran and in many other cities, including Tabriz, Isfahan, Shiraz, Ahvaz, Kerman, Hamedan, Zanjan, Semnan, Gorgan, Shahriar, Zabol, Behbahan, Torbat-e-Jam, Sarbaz, and Kavar. 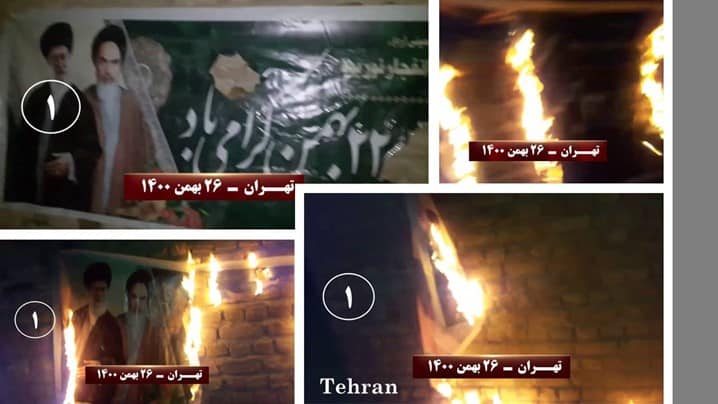 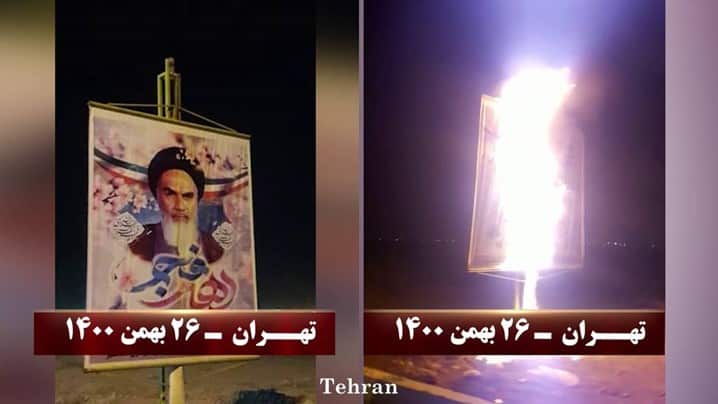 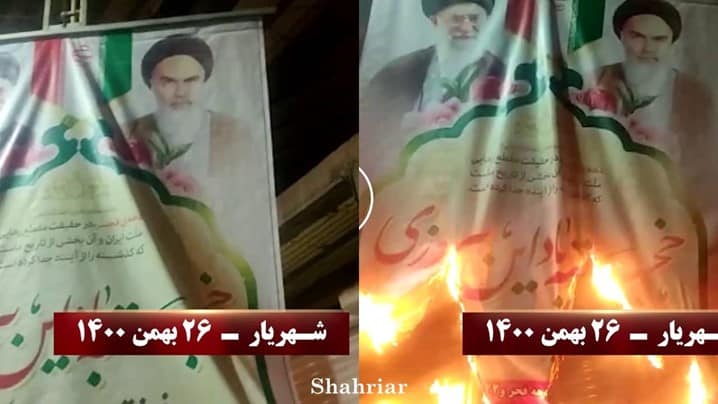 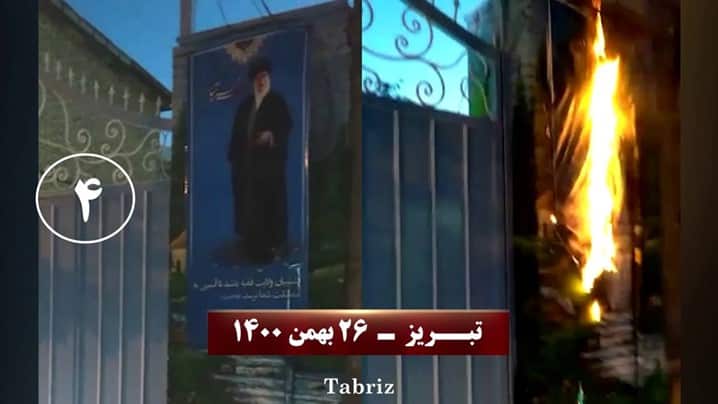 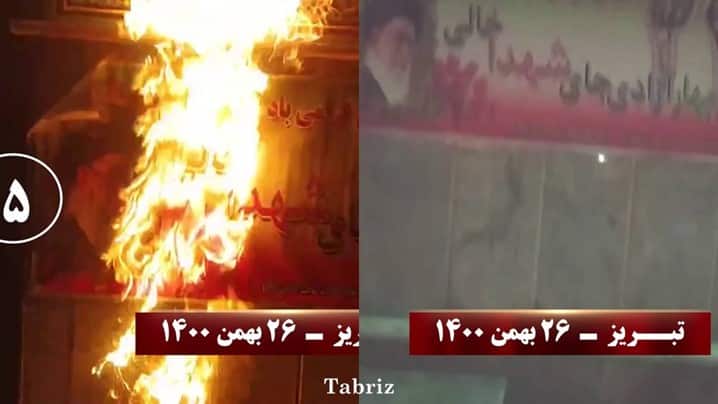 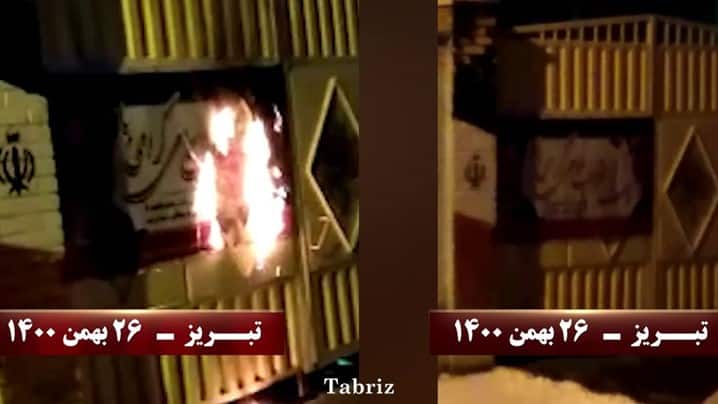 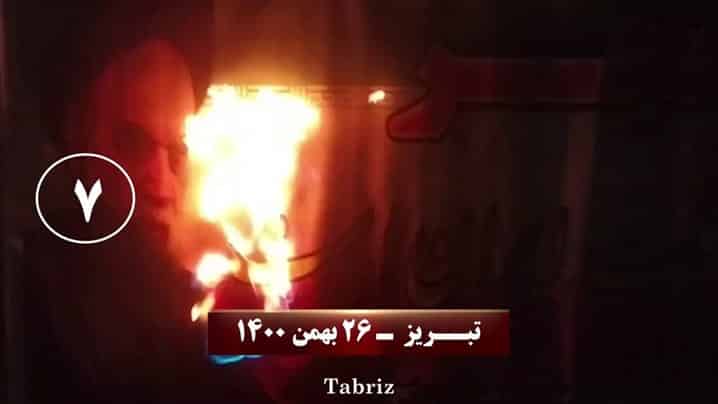 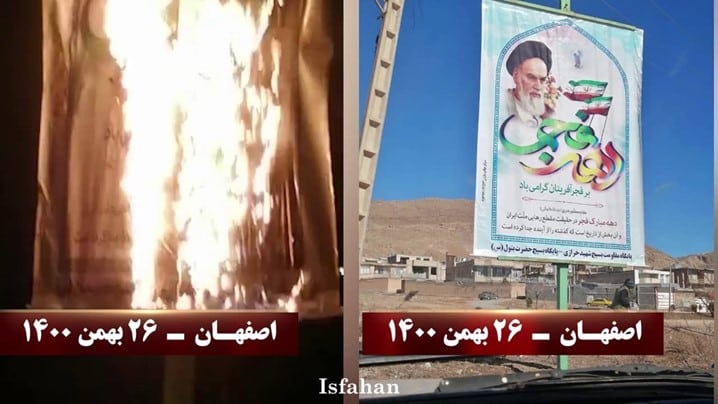 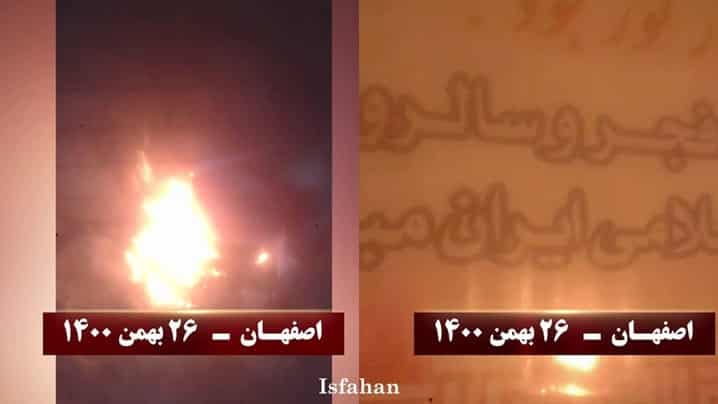 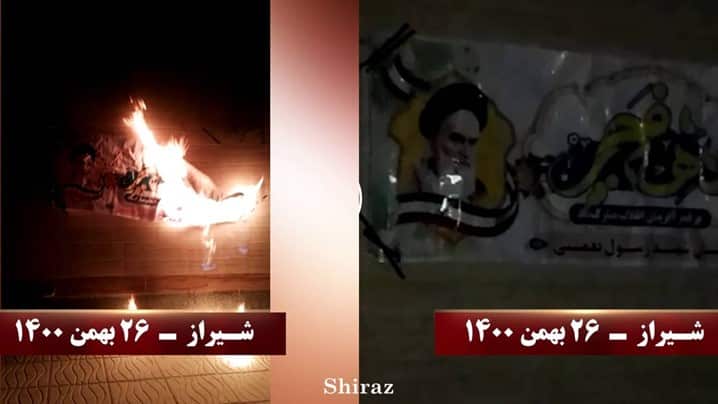 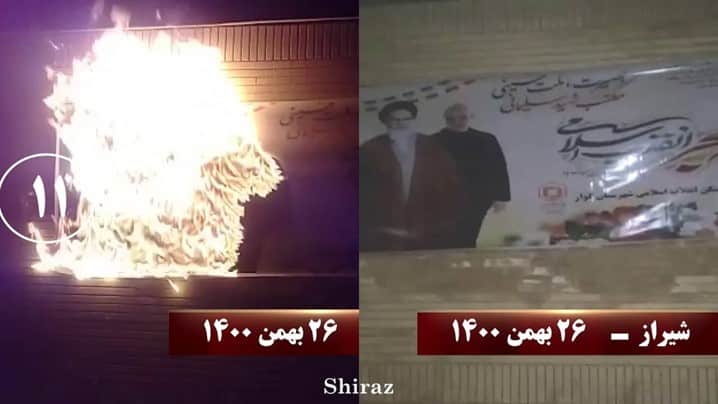 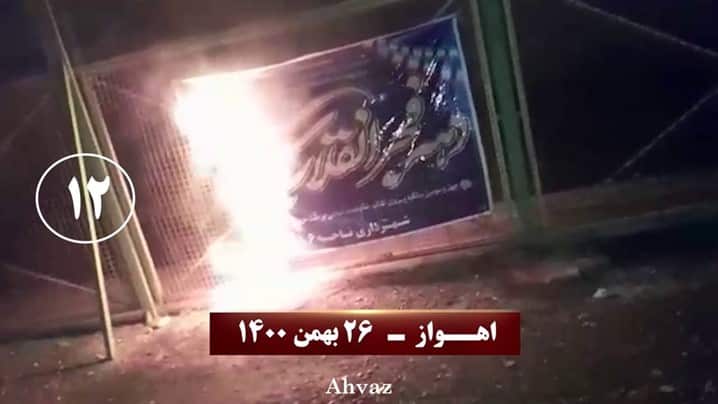 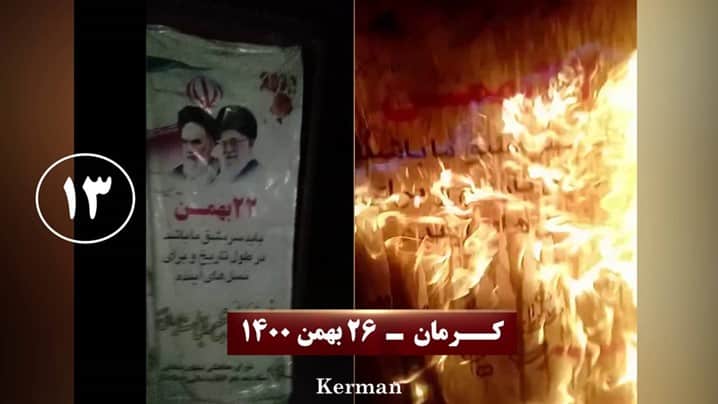 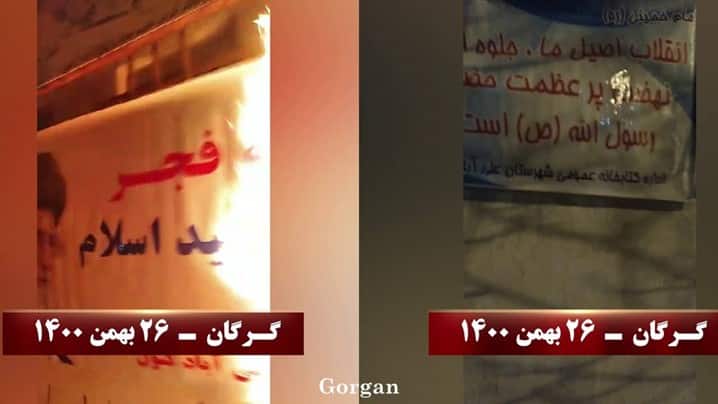 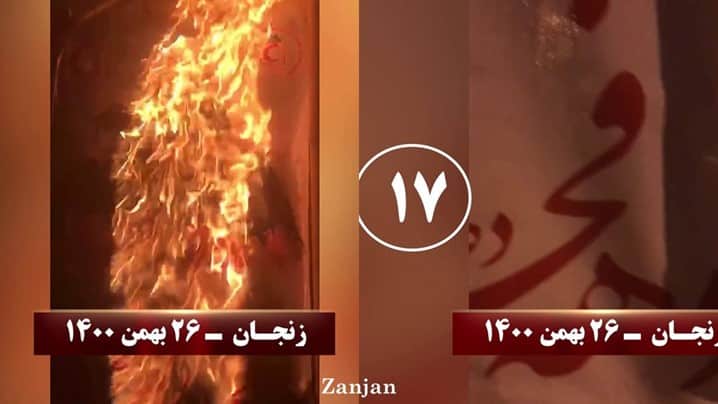 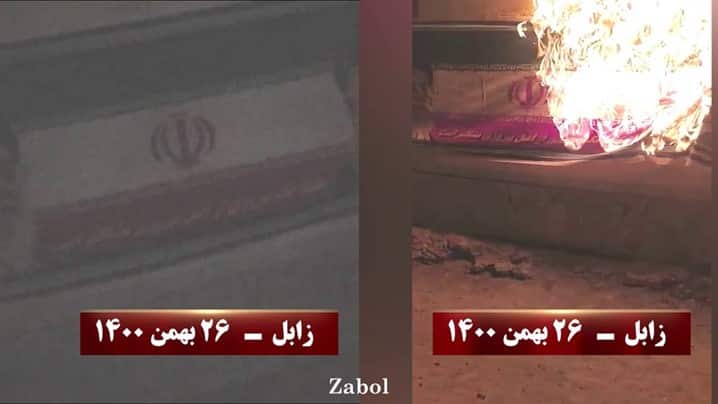 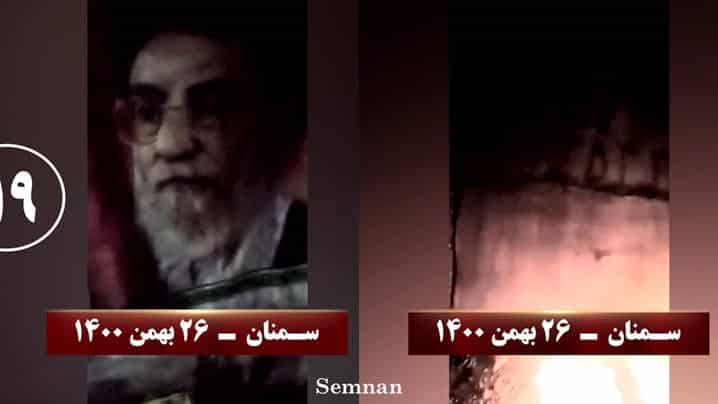 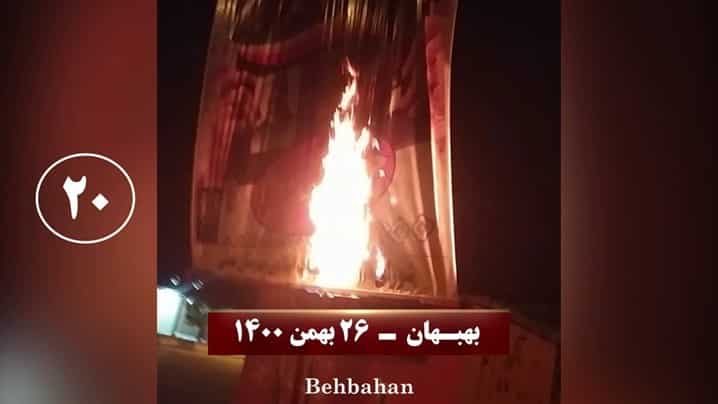 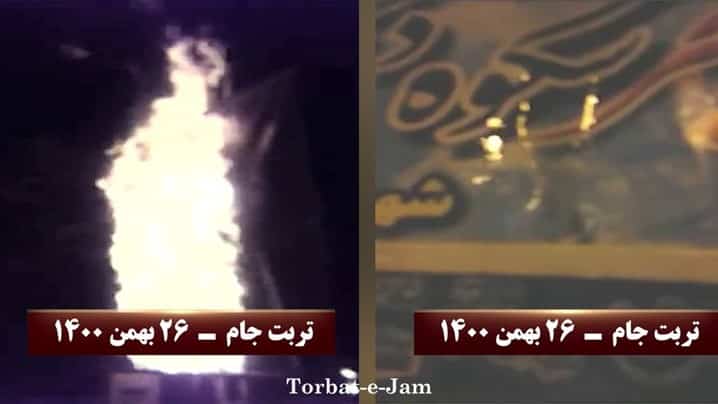 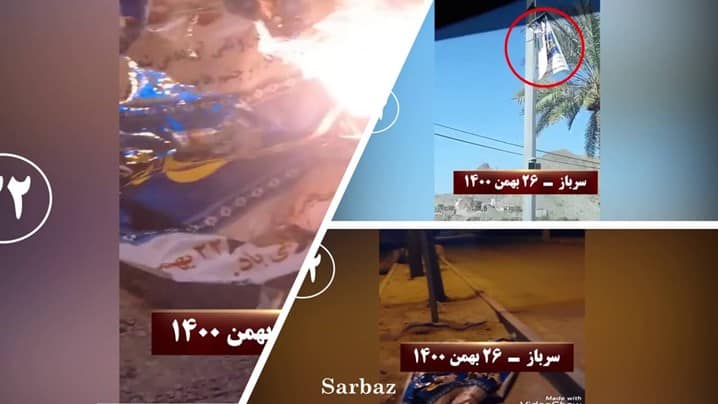 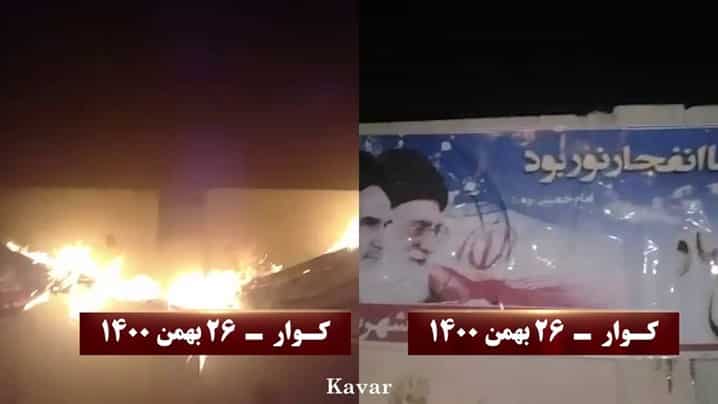