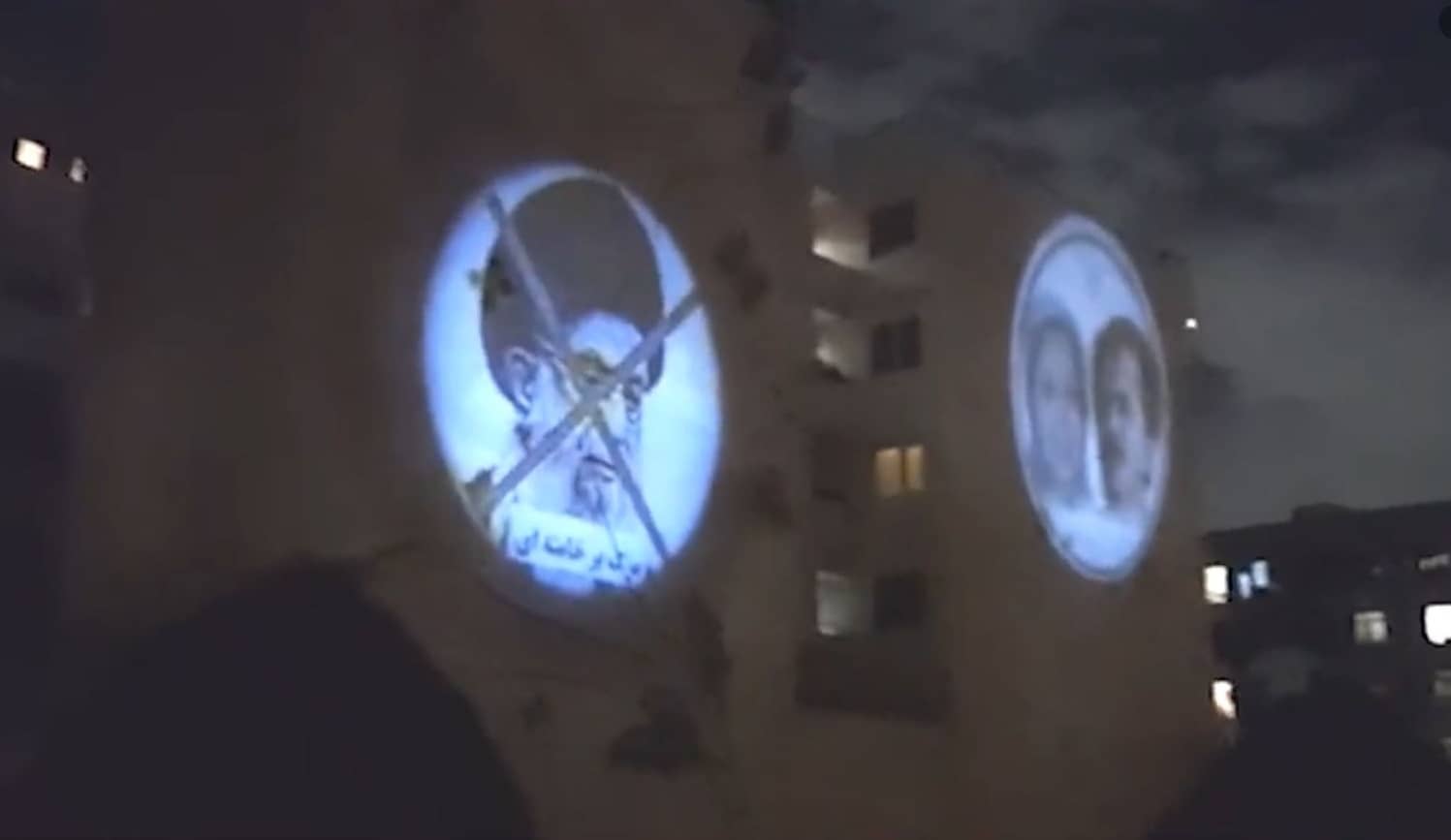 In continuation of the anti-repression campaign, on Tuesday, April 26, 2022, at 21:05 local time, the Resistance Units, displayed large images (12 meters in diameter) of Mr. Massoud Rajavi, the Leader of the Iranian Resistance, and Mrs. Maryam Rajavi, the President-elect of the National Council of Resistance of Iran (NCRI), as well as the crossed-out image of Ali Khamenei on the wall of Saadat Abad district, in Tehran. They also broadcast slogans via loudspeakers, calling for regime change in Iran and chanting, “Death to Khamenei, hail to Rajavi,” “No to the Shah, no to Khamenei, damned be both of them,” “Death to Khamenei, Raisi, damned be Khomeini.” The Resistance Units also broadcast excerpts of speeches by the Resistance leadership which was welcomed by the passers-by.

Previous article
Iran News in Brief – April 27, 2022
Next article
Khamenei’s Speech Revealed His Fear of Domestic and International Dangers Ahead