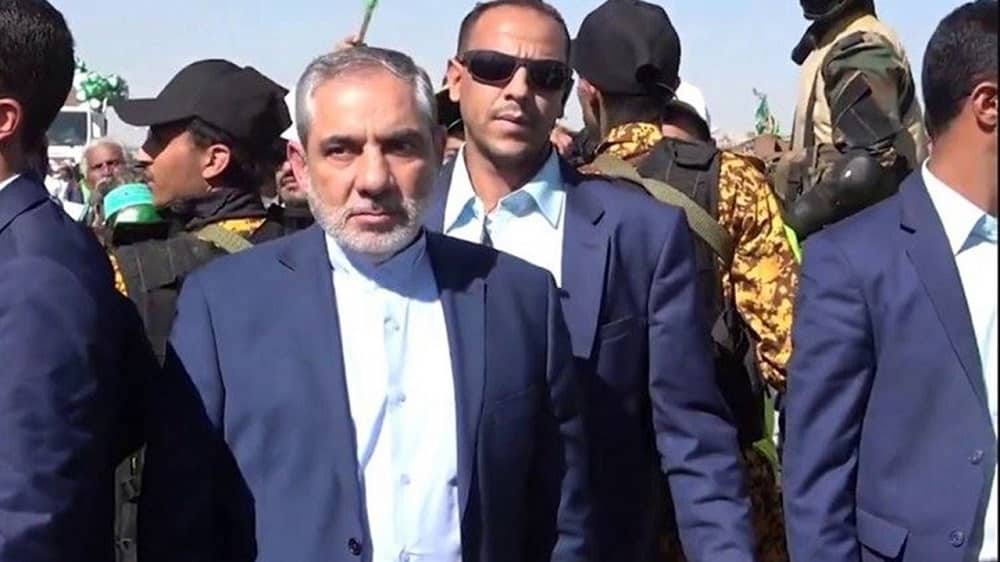 In an interview with IRNA, the regime’s official news agency, daughter of Hassan Irlu, the commander of the terrorist Quds force in Yemen, admitted that her father was one of the main perpetrators of the attack on Camp Ashraf on September 1, 2013, during which 52 members of Mujahedin-e Khalq (MEK/PMOI) were assassinated with their hands tied. Irlu was appointed by the regime as their ambassador to Yemen and died in unknown circumstances on December 21, 2021.

Fatemeh Irlu said: “Many of my father’s activities were not made public for security reasons, and even we are unaware of them, to the extent that after he (died) we realized that … he was among the key element during the operation evacuating the Camp Ashraf.”

According to the Tasnim news agency, on September 5, 2013, Qassem Soleimani, the criminal commander of the Quds Force, went to the regime’s Assembly of Experts as a special guest three days after the attack on Camp Ashraf and briefed the Assembly about the massacre, describing the operation more important to the regime than the Mersad operation.”[1]

When the news of the Camp Ashraf massacre became public, the spokesman for Al-Maleki, the then puppet prime minister of the clerical regime in Baghdad, falsely claimed, as ordered by the Quds Force and the Ministry of Intelligence, that the massacre in Ashraf was the result of MEK internal infighting (Associated Press, September 2, 2013).

Javad Zarif, the former Foreign Minister of the mullahs, confessed on February 24, 2022: “Most ambassadors, our Foreign Ministry has a security structure. Our Foreign Ministry has faced security issues since it first started its work. Since the beginning of the revolution, the Foreign Ministry’s tasks have always been a political-security agenda.” Earlier last month, former regime Foreign Minister Ali Akbar Salehi also said that he had coordinated with Qassem Soleimani in appointing ambassadors to Libya and Tunisia because they had to be both a diplomat and have field experience.” Hassan Rouhani, the then president of the regime, had acknowledged on April 28, 2021, that “when we have to carry out a defensive or offensive security operation somewhere … it must be discussed in the Supreme National Security Council … Military commanders and political officials are present (for decision-making process). Ultimately, the decision made must be approved by the Supreme Leader.”

Fatemeh Irlu’s remarks again show that the entirety of the regime’s diplomatic apparatus is a tool for espionage, terrorist operations, and incitement to war. Any compromise with this regime will only make it more emboldened in spreading terrorism and its criminal meddling in the countries of the region and the West.

[1] The ‘Eternal Light’ operation was the Nation Liberation Army’s attack on the regime’s Military and IRGC forces on July 24, 1988, during which the NLA forces (mainly MEK) inflicted a major blow to the regime forces. The Iranian regime calls this operation ‘Mersad’ and celebrates surviving the attack every year.