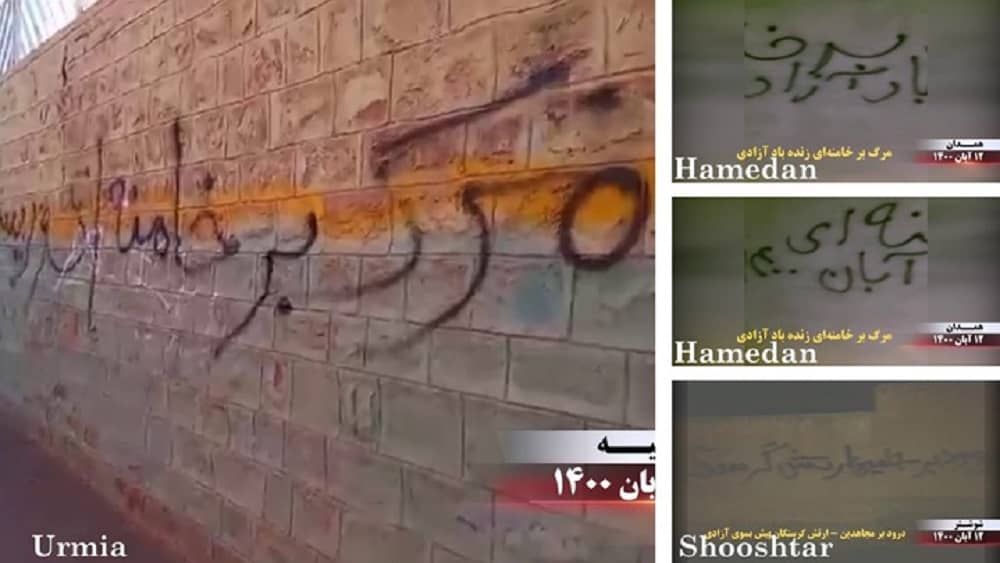 On the eve of the anniversary of the November 2019 uprising, supporters of the Mujahedin-e Khalq (PMOI/MEK) and the Resistance Units held placards and banners and wrote graffiti to honor the martyrs and rebellious youths, who rose to overthrow the clerical regime and establish freedom and democracy in Iran. On Wednesday, November 3, these activities took place in Tehran and many other cities, including Isfahan, Bandar Abbas, Hamedan, Urmia, Ardabil, Amol, and Shooshtar.

Some of the slogans used in the placards or graffiti were: “Honor the memory of martyrs of the November uprising, the flame of the uprisings will not be extinguished,” “Iran protests will continue,” “The November Uprising continues with Resistance Units,” “Death to Khamenei, hail to Rajavi,” “Death to Khamenei, long live freedom,” “Death to Khamenei and Raisi,” “November uprising continues with the MEK,” “Maryam Rajavi: Iran can and must be liberated,” “A free and prosperous Iran with Maryam Rajavi,” “Maryam Rajavi: Your uprising represents the glorious resistance of our nation, which does not submit to humiliation,” “Massoud Rajavi: destiny is determined in the battle scene by the people and their rebellious children,” “Massoud Rajavi: The overthrow of the inhuman enemy is inevitable,” “Massoud Rajavi: November 15 is a national, enduring and eternal day.”

Secretariat of the National Council of Resistance of Iran
November 6, 2021 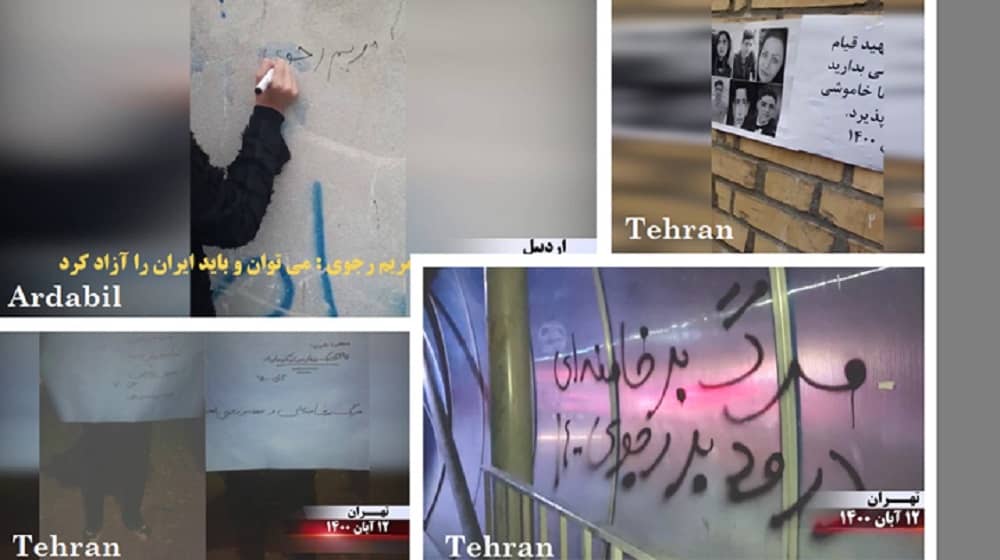 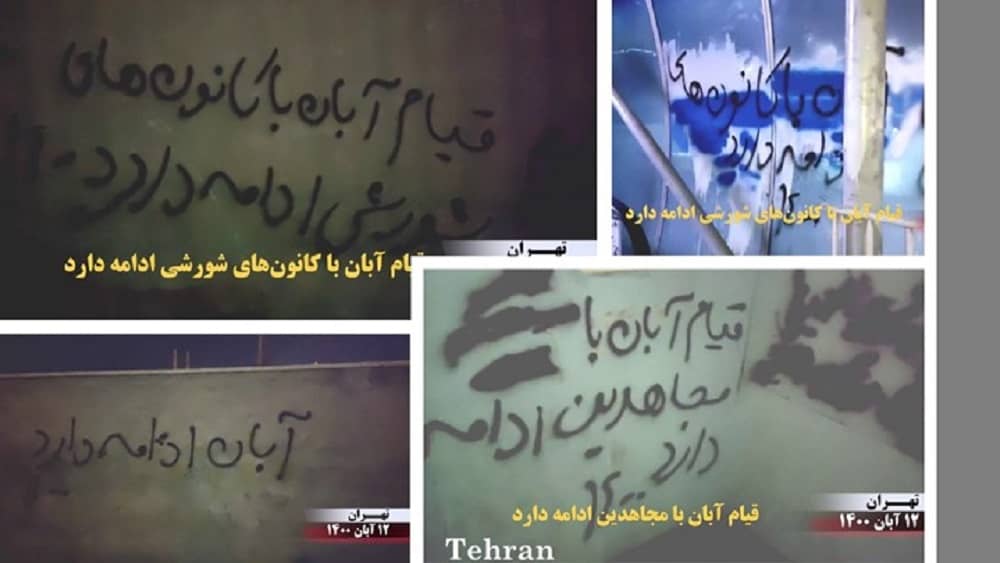 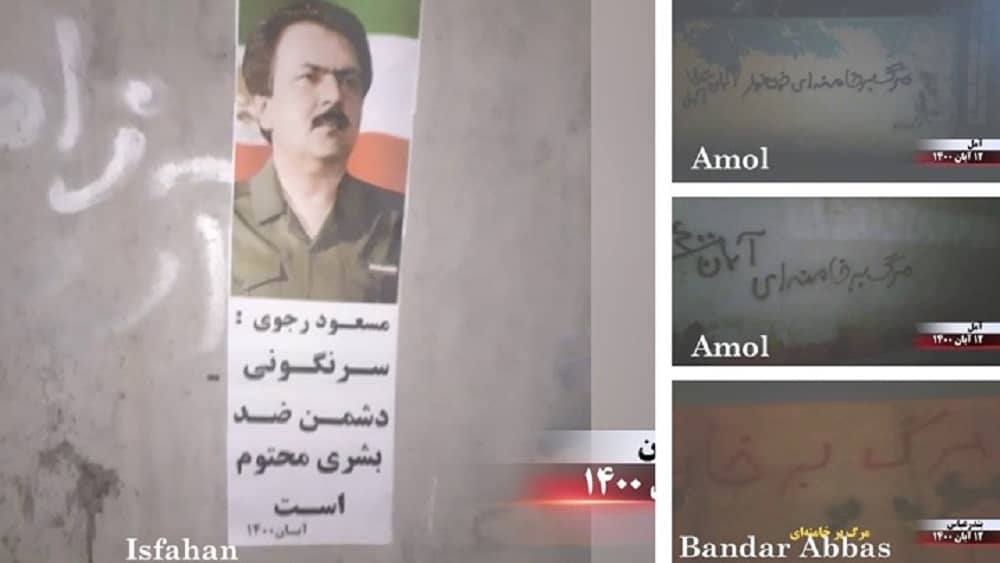 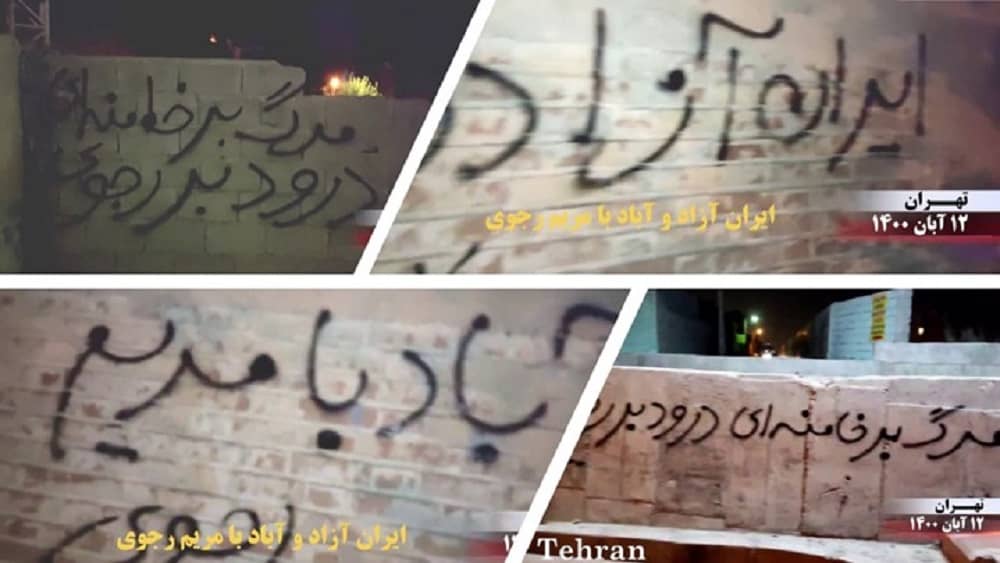 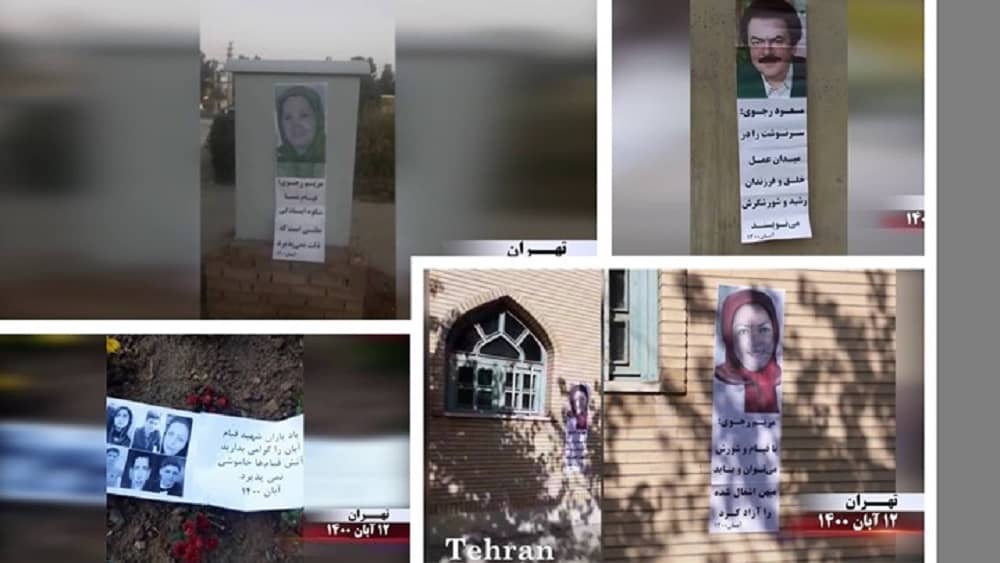